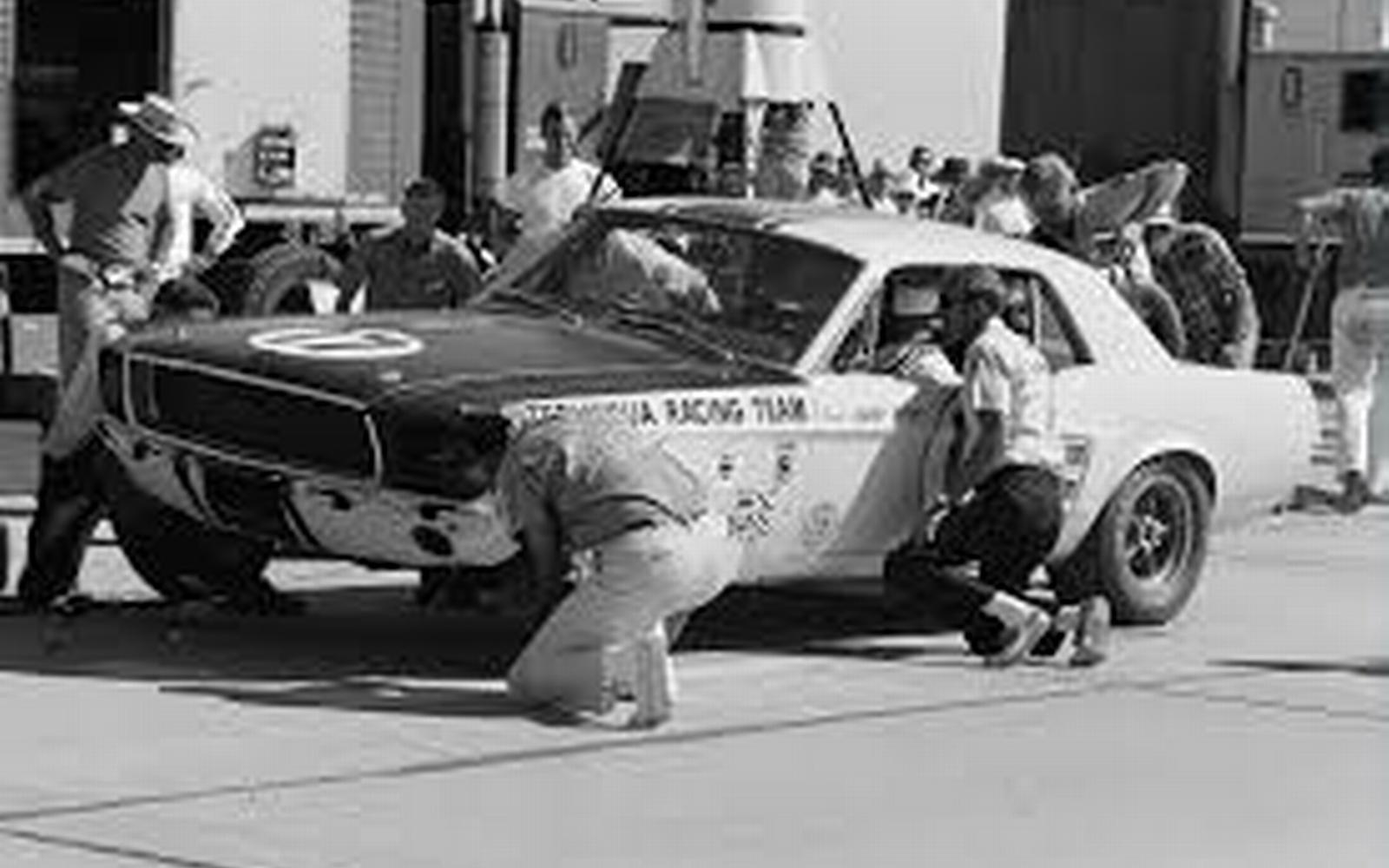 Jerry Titus dominated the event driving a Ford Mustang. He won the pole with a record 98.53 mph lap, led all but two of the 73 circuits, and beat Mark Donohue’s Camaro by nearly a full lap on the 5.2-mile circuit. Titus would go on to win the “unofficial” driving championship, winning four races, while leading Ford to the all-important manufacturer’s crown.

Peter Gregg and Sam Posey won the Under-2-liter class in the No. 59 Porsche 911. Thirty-four of the 61 starters were running at the finish. 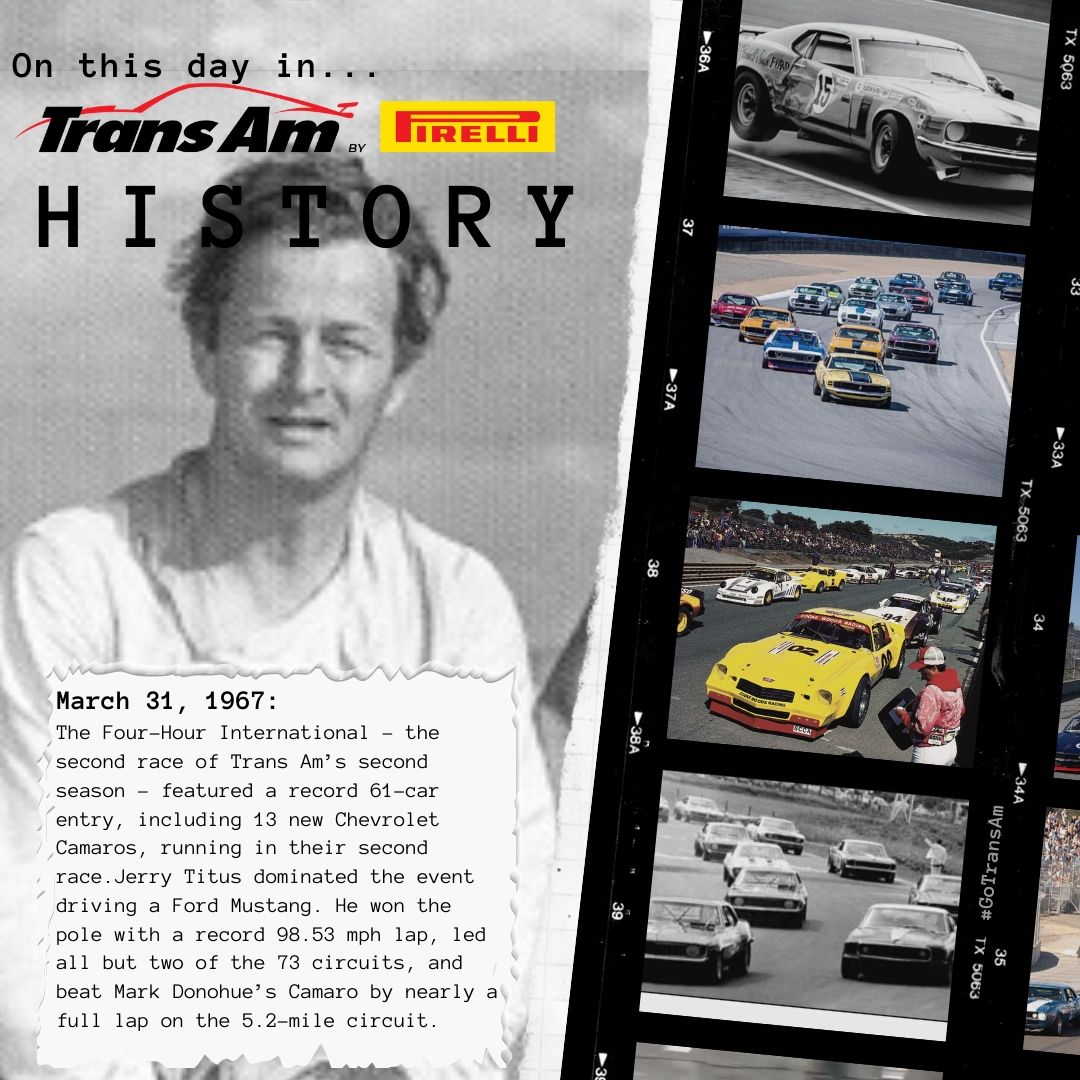