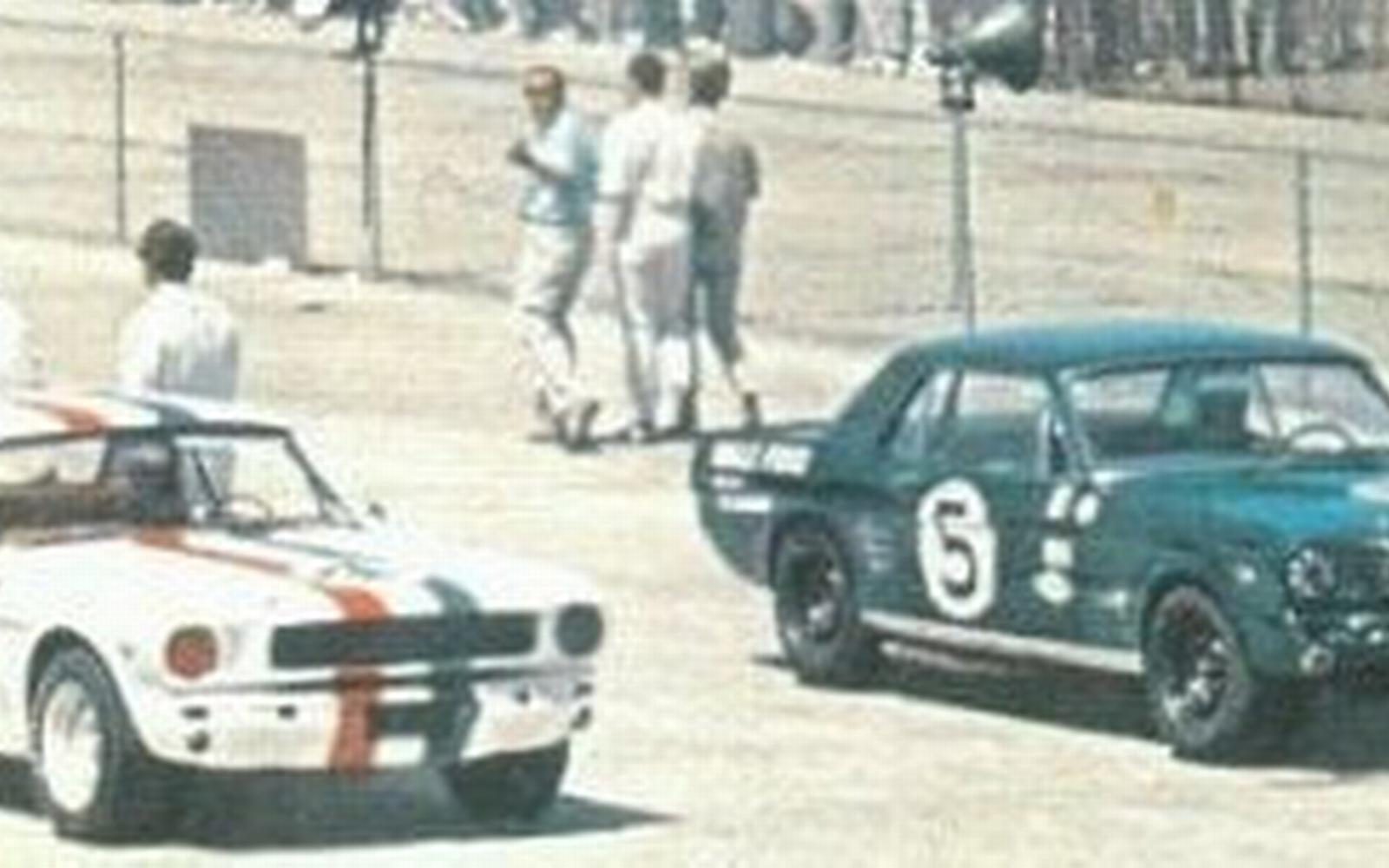 A new era in North American motorsports began with the debut of what is now the Trans Am Championship presented by Pirelli with the running of the four-hour Governor’s Cup at Sebring International Raceway.

The Sports Car Club of America rolled out the Trans-American Sedan Championship to showcase smaller cars, including the Ford Mustang, Plymouth Barracuda, Dodge Dart and Chevrolet Corvair (soon to be replaced by the Camaro), competing against hot imports by manufacturers including Alfa, Honda, Saab, Renault, BMC, Lotus and Volvo. Unlike other major series – which concentrated on the drivers – Trans Am was a manufacturers’ championship.

Foyt dominated the opening 13 circuits in a Ford Mustang prior to his first pit stop. He failed to finish the event. That gave the lead to the Dodge Dart of Bob Tullius, who turned the fastest lap of the race (88.8 mph) but lost ground on a long pit stop.

Rindt took the lead near the three-hour mark and went on to win, completing 67 laps to win over the 44-car field in an Alfa Romeo GTA. His winning car showed the effect of a roll-over in practice – which his team did not have enough time to repair. Rindt won by one lap over Tullius, who led the over two liter class. 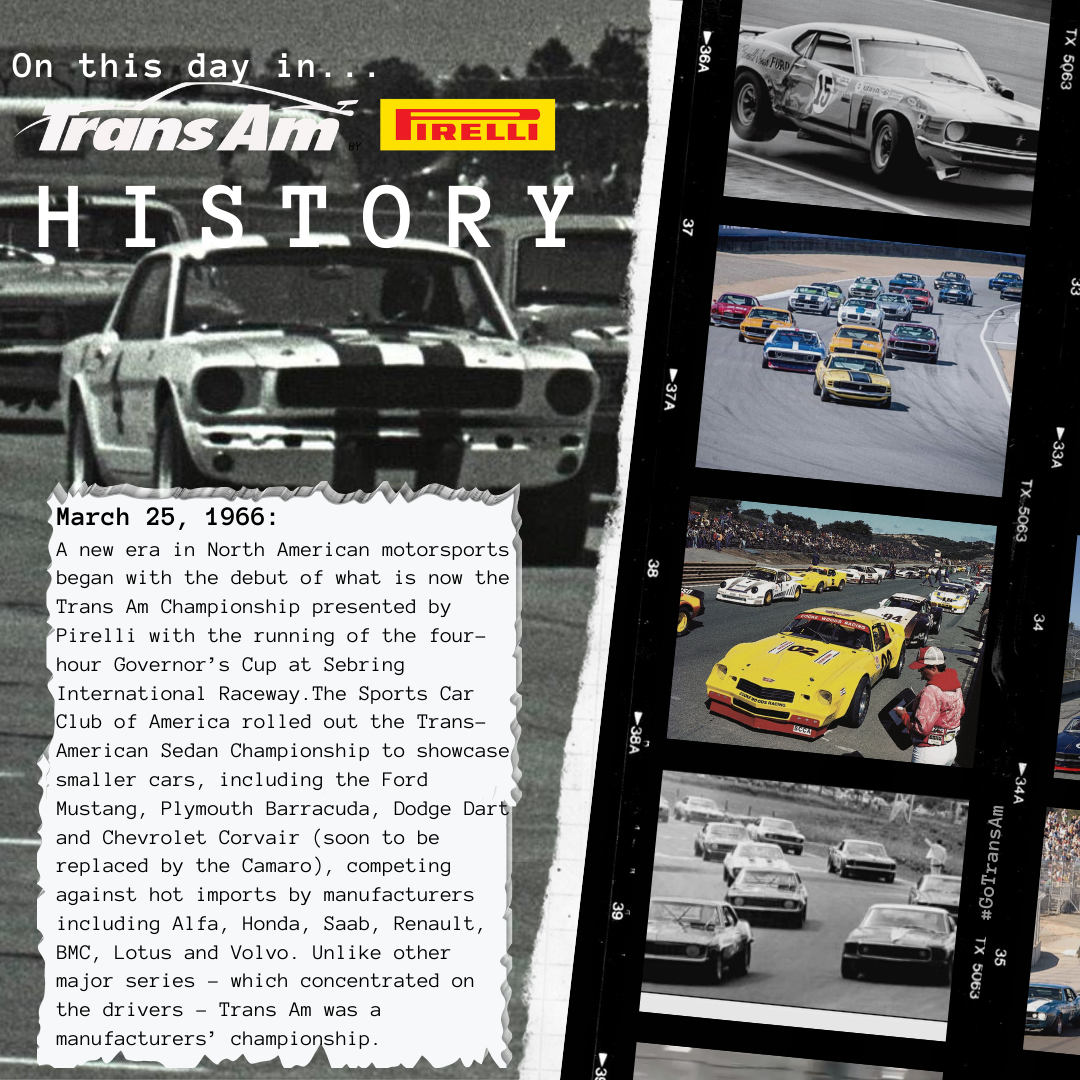