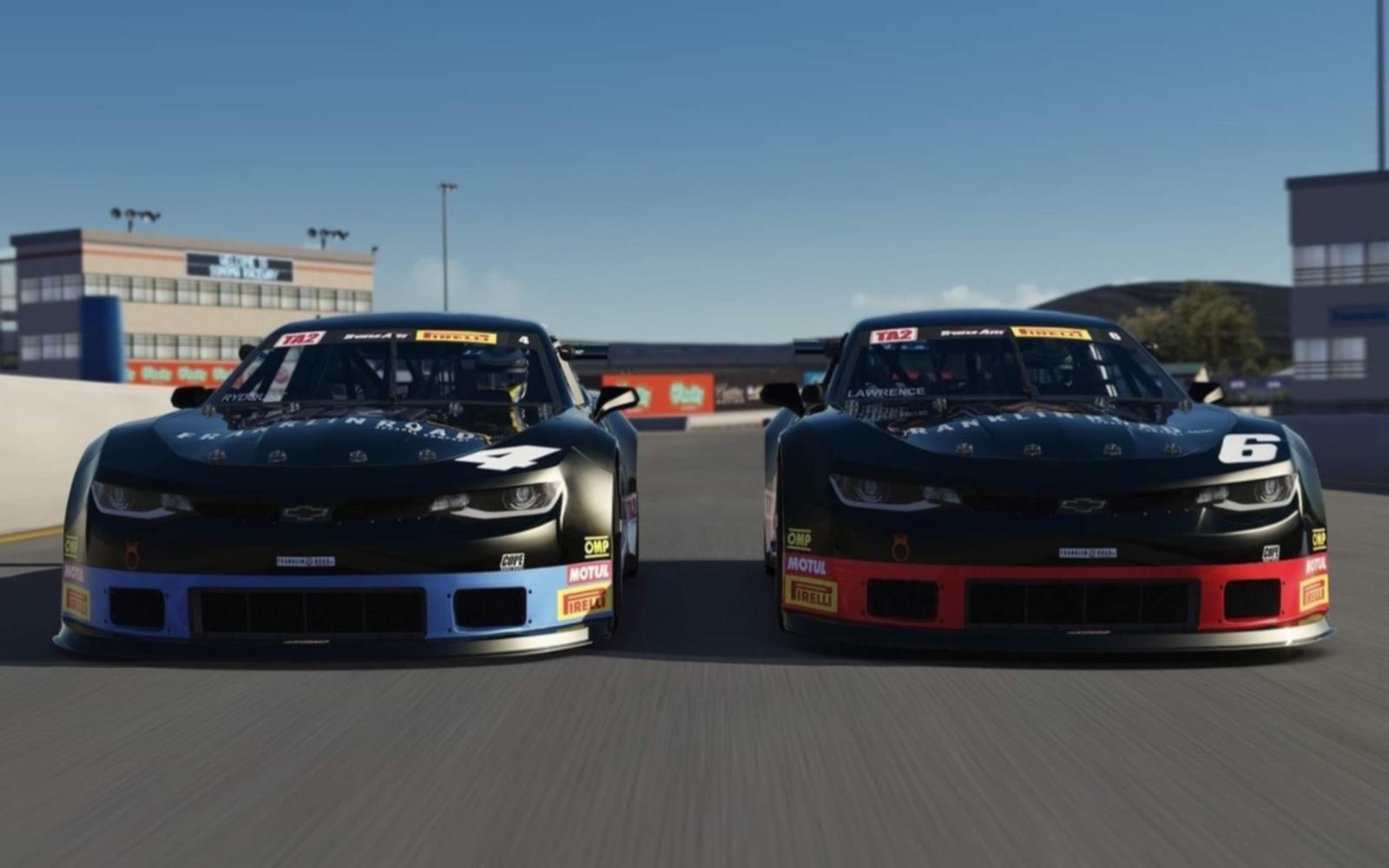 Franklin, TENNESSEE – January 6, 2021 - Ken Thwaits’ Franklin Road Apparel Showtime Motorsports team has already made a significant impact in Trans Am with the likable driver capturing the 2020 XtremeGT Championship in the Audi R8LMS Ultra before stepping up to TA Class in 2021. Ken finished in an extraordinary P4 from 20 drivers in his first season in the iconic muscle car TA1 division while his Franklin Road Apparel has become an official supplier to the Trans Am Series presented by Pirelli and was a title sponsor of the inaugural TA2 Class Music City Grand Prix where Ken also piloted a TA2 car.

A hugely popular figure around the paddock, Ken will be back behind the wheel of the TA Class Chevrolet Camaro this year, but as well as being a very talented wheelman in his own right, Ken is also team owner and principal of Showtime Motorsports. 2022 sees the Tennessee outfit expand their reach into Trans Am enormously, with past champions Cameron Lawrence and Carl Rydquist gunning for glory in TA2 while there remains a seat available in the companion car to Ken’s in the TA1 Class after Charlotte.

Ken is the embodiment of professionalism and his enthusiasm for the coming season -  when we hope to have an uninterrupted Trans Am program - was tangible when we spoke to him over the new year holiday, “Going into 2022 we are very excited about having our team set for the first two races of the season as well as the full season. We’re excited to announce the team will be running Paul Menard at Sebring and Charlotte in the first two races of the season in the second TA Chevrolet Camaro. The aim is to showcase the speed of our TA program and demonstrate what we can bring from a competition standpoint.”

Menard, known for competing at the highest level of NASCAR and an accomplished wheelman of various disciplines. He competed full-time in the NASCAR Cup Series from 2007 to 2019 and notably winning the 2011 Brickyard 400 at the Indianapolis Motor Speedway. He drove for top teams including for Dale Earnhardt Inc., Yates Racing, Richard Petty Motorsports, Richard Childress Racing and Wood Brothers Racing.

Now, he’s driving for Franklin Road and Showtime Motorsports in 2022. Paul will be behind the wheel of the stunning new black No. 7 Chevrolet Camaro that Ken and company are completing in readiness for Sebring. This second TA1 car represents a special opportunity for the right individual to establish a place for him or herself in the Trans Am TA Class with a tremendously competitive car and team.

Ken continued, “I feel that our TA2 line-up is very strong and we'll be making a bold bid for the national TA2 championship. From a TA perspective we will be driving tried, proven race cars that should be very fast from race one.”

Ken was spotted at the recent Performance Industry Show in Indianapolis and is always looking to improve technical aspects of the cars and the team, something he alluded to when he added, “From an infrastructure standpoint we have moved into our new shop facilities in Denver North Carolina near Charlotte which allows us access to key parts suppliers that are nearby. The move also allows us the ability to prepare our race cars more efficiently between races.”

The season begins with the traditional first flourish at Sebring International Raceway at the end of February where Franklin Road Apparel and Showtime Motorsports will be at the forefront of the action. Until then, teams and fans can find the Franklin Road Apparel Trans Am clothing here: https://www.franklinroad.com/search/trans+am/