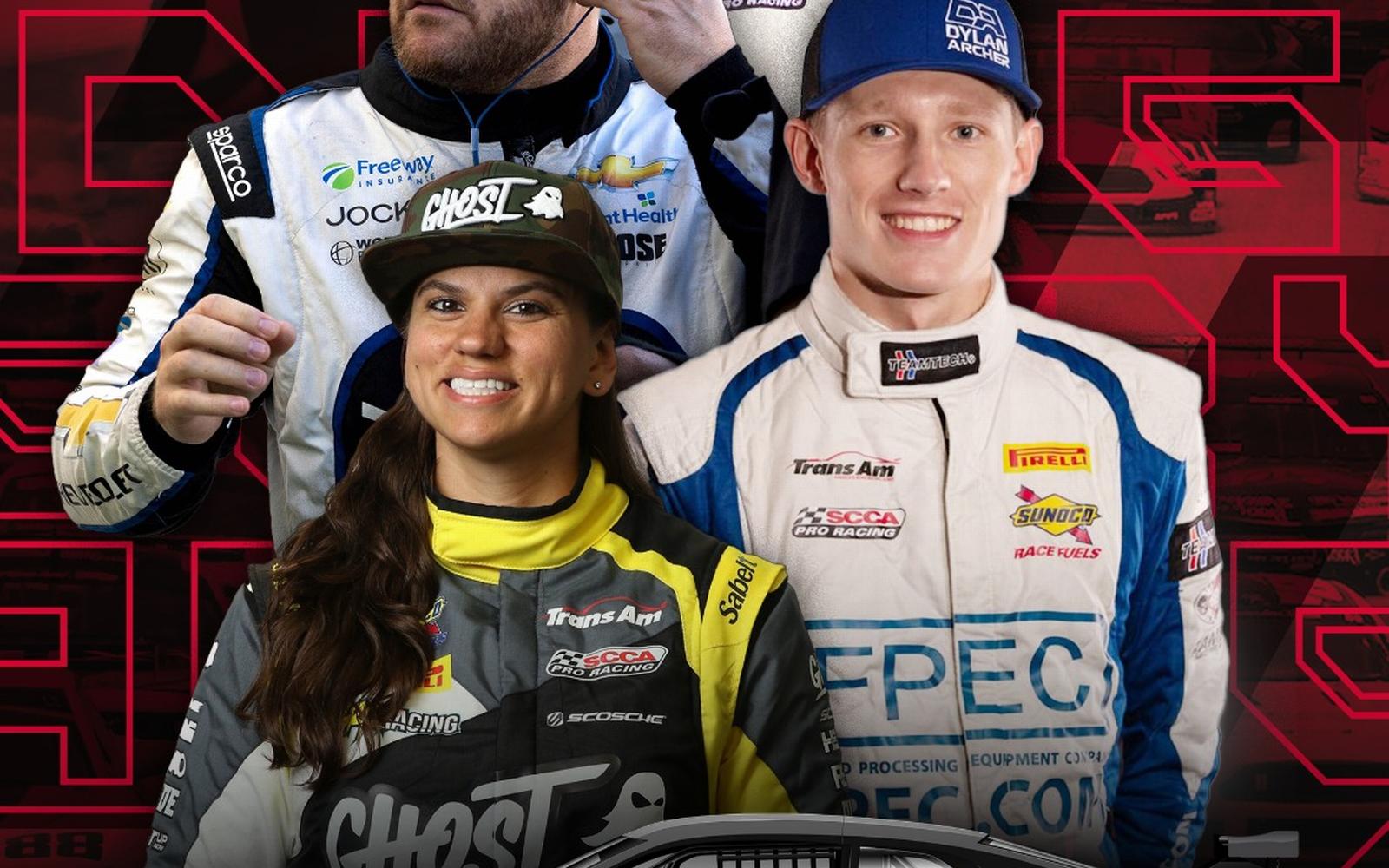 Franklin, TENNESSEE (December 21, 2022)  The Showtime Motorsports team has recently announced several of their 2023 plans, including 4 confirmed full-time team drivers and participation in both the TA and TA2 classes.  Keeping up the momentum the team has now officially announced that their entire 2023 Trans Am Championship season effort will be covered in an exclusive documentary show that will be broadcast on the MAVTV Motorsports Network launching February 2023.

The documentary, titled “Road to Glory”, will include a total of 22 thirty-minute episodes that will be showcased as the season unfolds.  Each episode will reveal the behind the scenes of each race weekend with highlights and recaps, while sharing the journey of each of the team drivers.

Showtime Motorsports Drivers to be highlighted include:

Showtime Motorsports Team Owner and TA Driver Ken Thwaits explains, “Our social media audience has enjoyed our racing videos throughout the past eight seasons. We are proud to expand our footprint to an even larger audience on the MavTV Network. Viewers will be treated to the inner workings of what it takes to succeed in the hotly contested Trans Am series; a backstage pass of the highs and lows as the team travels around the country on their own ‘Road to Glory.’”

With each driver having their own history, background and story, the show will share their quest for greatness from each of their individual and unique perspectives.  You won’t want to miss this action packed journey that is sure to deliver on all aspects of the sport - Passion, determination, teamwork and grit - be sure to stay tuned into the Showtime Motorsports team all season long on MAVTV.

About MavTV
MAVTV Motorsports Network is the only linear television network and media platform dedicated exclusively to the global culture of motorsports, and powered by a passion for speed. Offering an unparalleled line-up of exclusive events and narrative programming, MAVTV explores the people, vehicles, races and places within the depth and breadth of global motorsports, including: stock car, open-wheel racing, rally cars, sports cars, drag racing, off-road truck racing, sprint cars, dirt track, ice racing, motocross, endurocross, enduro, motoGP, drifting, offshore racings, powerboats, powersports and everything in between. MAVTV knows you don’t have to be a race fan to be an automotive enthusiast, which is why we have curated a collection of documentary, reality and “build” series and specials that are second-to-none.

About Showtime Motorsports
The Showtime Motorsports team is based in Franklin Tennessee and is the power behind the Franklin Road Apparel brand. Showtime is responsible for preparing the cars for the track and keeping Ken Thwaits' outstanding classic Camaro collection in tip top condition. Showtime Motorsports have now entered cars in both the TA and TA2 classes in the legendary Trans Am muscle car series with growing success. Showtime has a dynamic, passionate, and hugely talented staff of professionals dedicated to success and excellence both on and off the track.