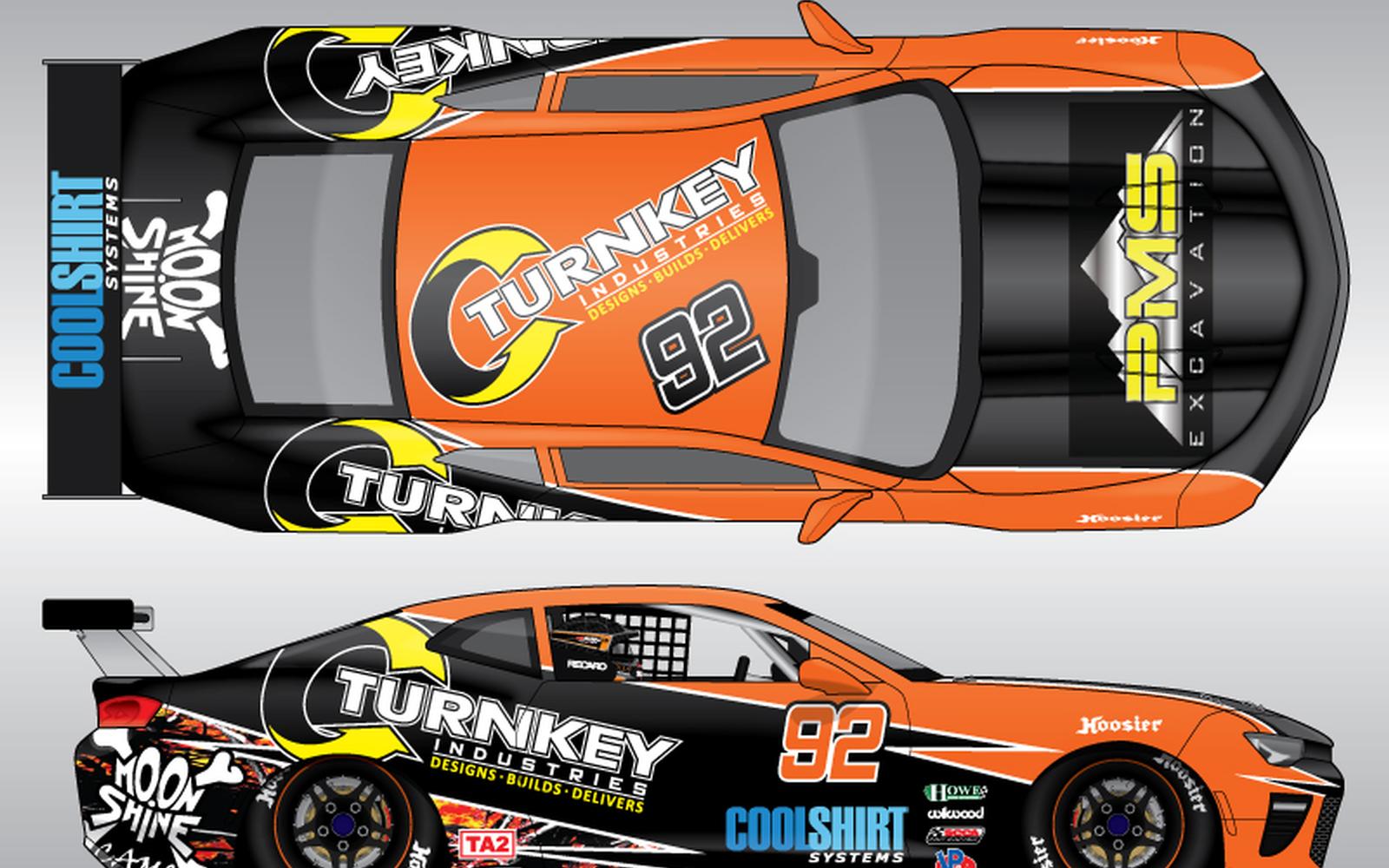 AVONDALE, La.  [October 13, 2016] –  Napoleon Motorsports will officially unveil its revamped three-car effort in the Trans Am Series’ TA2 class at NOLA Motorsports Park this Saturday, October 15.  The father-son team of Joe and Justin Napoleon will return, sporting their new Mike Cope Racing built Chevrolet Camaros developed over the course of the 2016 season.

The Napoleon Motorsports team is also pleased to announce the addition of a third car to the Magnolia, Texas, based team, the No. 92 2015 Wildfire Camaro, with Trans Am veteran John Atwell joining the team for the NOLA and COTA events with an eye to potentially participating at the season finale at Daytona.   Atwell has 25 career starts in Trans Am to his name and adds five seasons of TA2 racing experience to the Napoleon Motorsports team.

The end of the 2016 season will allow the team to put their new TA2 machines through their paces as the team prepares to run the entirety of the 2017 Trans Am Championship along with select Trans Am West Coast Championship appearances.

“We’re excited to jump back in the TA2 action at NOLA and COTA,” said Justin Napoleon.  “These two local tracks are ideal for us to showcase our new Mike Cope Chevrolet Camaros and introduce our partners, as we prepare for the 2017 and the challenge that is a full season of TA2 racing.  We’ve put in some serious time developing these cars and are ready to finally put them to the test this weekend.”

The close of the 2016 Trans Am Championship also allows the Napoleon Motorsports team to showcase and acknowledge the addition of a multitude of new partners and host an in-paddock celebration for Turnkey Industries’ various customers, clients, vendors, employees, friends and family at Trans Am’s penultimate round at Circuit of the Americas, Saturday, November 5th.

Napoleon Motorsports will proudly fly the colors for those partners throughout the remainder of the 2016 Championship, including Turnkey Industries, Moon Shine Camo, PMS Excavation, Southern Star Brewery and COOLSHIRT Systems.   The NOLA and COTA events will showcase COOLSHIRT displays while COTA will feature a beer tasting from Southern Star.

Fans can keep up with Napoleon Motorsports throughout this weekend, and all others, at www.facebook.com/napmoto.

Turnkey Industries designs and manufactures custom truck bodies, trailers, containers, and much more. Every aspect of your project, from design and assembly to paint and build-out, is completed in their state-of-the-art facility to ensure quality, streamline production, reduce deliver time, and lower cost. The possibilities are only limited by your needs and imagination. Turnkey Industries has extensive experience building Data Vans, Fluid Trucks, Wireline Trucks, Nitrogen Cabins, Emergency Vehicles, Coiled Tubing Cabins, Command Centers, DNV Containers and more. That’s why they say, “If you can dream it, We can build it.” Learn more at: http://www.tkind.com/

Moon Shine Camo® was established on the recognition and appreciation of our ancestor’s heritage.  With this in mind, we evolve typical clothing and camo to a new level of self-expression.  Using quality and uniqueness as our foundation, we design attitude into our brands that conveys the traditional values dating back to our forefathers and still evident in today’s hard working Americans. From the hunters and farmers who live off our lands to the soldiers and patriots who protect it. Join us in honoring the essence of the American legacy.

Located in Conroe, Texas, Southern Star Brewing Company provides a variety of craft beers from their new state of the art facility!

Production began in March of 2008 with Pine Belt Pale Ale, and has since expanded to include their signature Bombshell Blonde Ale, Buried Hatchet Stout, and newest year-round offering, Conspiracy Theory IPA.

The invention that launched COOLSHIRT was a cooling vest for surgeons to use in the operating room.  The company has spent many years working beside surgeons under hot operating room lights as a distribution for replacement knees, hips, etc.  In a true entrepreneurial spirit, The Company saw the opportunity to help the doctors that were helping the patients and the Surgeon’s Cool Vest was born in 1987. Learn more at: http://coolshirt.com/