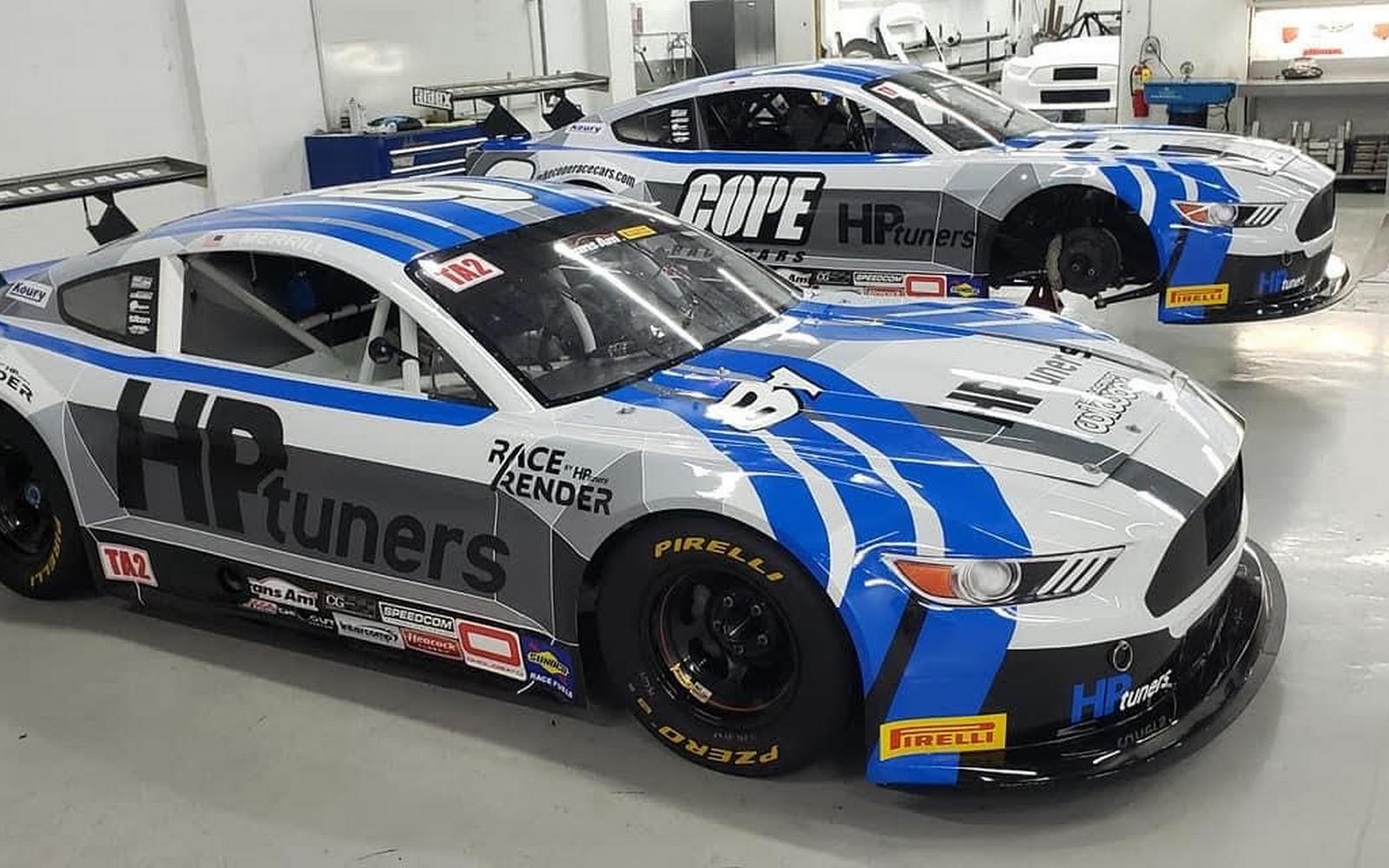 Trans Am Returns to Laguna Seca after year- long hiatus

Clearwater, FL (April 29, 2021) — Mike Cope Racing, with two semi-trailers full of Cope Race Cars, heads West to California for Round 3 with the Trans Am Series presented by Pirelli TA2 series. Three series veterans and three novice talents will fill the Mike Cope Racing stable with hopes to continue the forward momentum they have brought to the first two events of the year.

Hometown favorite, Thomas Merrill, will pilot the #81 HP Tuners/ Cope Race Cars Ford Mustang as he sets his site on victory at a track he knows like the back of his hand. Numerous coaching lessons taught and laps completed at WeatherTech Raceway has Merrill in the proverbial driver’s seat for this weekends event. In 2019 Merrill took his Cope Race Car from last to first—and is looking to repeat on Saturday, minus the “last”. With a new livery to debut, Merrill hopes its first appearance will end up on the podium.

Speaking of new livery’s, Keith Prociuk will also be unveiling the sister scheme to Merrill’s #81. Coming off a top 10 finish at Road Atlanta, Prociuk looks to step it up a notch this weekend and hunt down a Top 5 finish in his #9 HP Tuners Mustang at Laguna Seca. 2019 saw Prociuk drive home P5 at WeatherTech Raceway and he is in town to do it again.

When Mike Cope Racing made the first trip to California in 2019, Jim Gallaugher was on board in the #26 Cope Race Cars House car. Since then, Jim has built his very own Cope Race Car, competed in the entire 2020 TA2 National Tour, and took home the 2020 TA2 West Coast Championship. The start of the 2021 season has not seen the best of luck come Gallaugher’s way, but Jim is looking to turn that all around this weekend at Laguna. With a full field of 38 cars entered, Gallaugher looks to get his best finish of the season and officially shake that monkey off his back.

The name, Ty Young, may sound familiar as he made his Trans Am TA2 debut with MCR at the 2021 season opener at Sebring coming home just one position shy of a Top 10 finish.  Young will get back behind the wheel of the #26 Cope Race Cars house car for the second time this season to see what he can do. Leaving the nerves in Sebring, Young is ready to capture the best finish of his TA2 career.

Bob Accardo makes his TA2 debut in the #18 Cope Race Cars house car. This is a long time coming for Accardo who was originally signed up to race with MCR in 2020, but with the forced cancellation his TA2 debut was pushed out. More than ready to see what these TA2 cars can do, Accardo is excited and anxious to make his debut in front of local family and friends.

Walt Brown, Jr. is the last of the Mike Cope Racing house cars entered into this weekends event. Brown will take over the controls of the #99 Cope House Car. We are excited to get Brown behind the wheel and working with our driver coach to discover the power of our Cope TA2 cars.

The Trans Am TA2 Round 3 weekend is underway! Practice and qualifying get underway Friday, April 30th   and The Trans Am presented by Pirelli TA2 Feature Race is May 1st at 4:10pm EST (1:10PM Pacific).

For the latest updates on the entire Mike Cope Racing team, make sure to follow along on social media. We will be updating you on all the action throughout this weekend on Facebook, Instagram, and Twitter. Give us a follow, @mikecoperacing on all platforms.

Parties interested in the 2021 MCRE “Arrive and Drive” Program in TA2 or would like to purchase a Cope Race Cars Chassis can contact the team office at 727-201-8910 or email megan@mikecoperacecars.com.