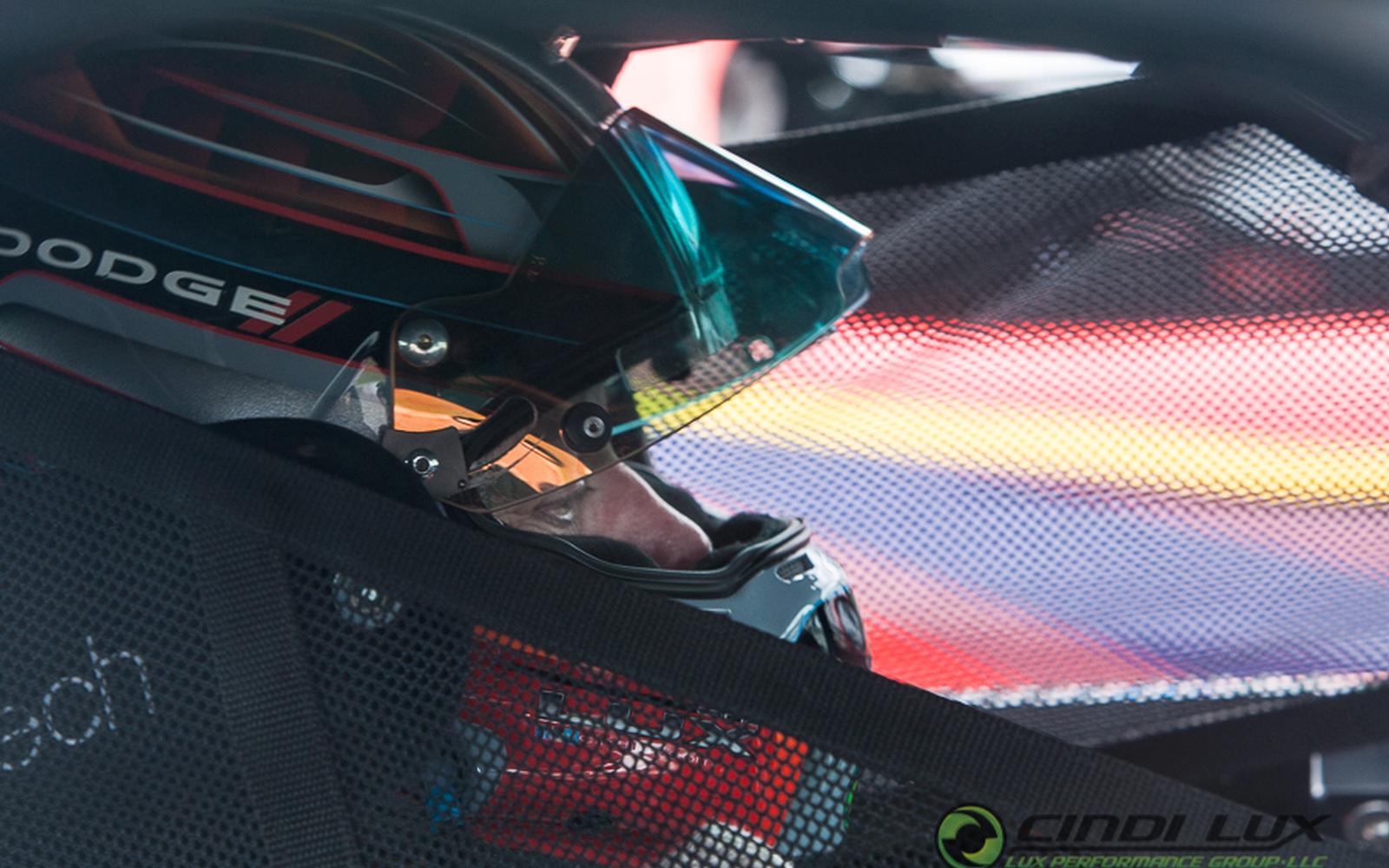 Watkins Glen, New York, May 9, 2016 | It isn’t when you show up to the party, it is how you show-up. Starting this weekend, Lux Performance Group is bringing a heck of a party favor, two in fact, to celebrate the Trans Am Series’ 50th Anniversary. The Aloha, Oregon-based team has entered its Nos. 42 and 45 Dodge Viper ACR-X racecars for the next round of the historic championship. The Fred and Cindi Lux-owned operation will make its 2016 Trans Am Series debut May 13-15 at Watkins Glen International in upstate New York. The Classic Tube 100 will see Cindi Lux (Aloha, Oregon) reprise her role driving the No. 45 Lux Performance Group Dodge Viper ACR-X with teammate Steve Streimer (Sherwood, Oregon) back in the No. 42 Viper. Both were TA3 class winners in 2015.

Trans Am, billed as “America’s Road Racing Series”, has already seen two events run in the 13-race 2016 “Golden” season. As the only West Coast team competing regularly in what is largely an East Coast series, the two-car program will limit its race schedule in its second season of Trans AM to five race stops. After this weekend’s event, the current schedule calls for the team to compete at Brainerd International Raceway (June 30-July 3), then at Road America (August 24-27), VIRginia International Raceway (September 21-24) and NOLA Motorsports Park (October 12-15). Additional promotional events for partners Forgeline Wheels, CoolShirt, Portland Speed Industries and Black Rock Coffee Bar will fill out the popular team’s 2016 travel plans.

Since the close of last season – which saw the Lux Performance-prepped American supercar earn three victories (two for Streimer and one for Lux) and two pole positions in five starts – the TA3 class has jumped in size. Now up to 12 cars, the road-based category continues to provide the most intense wheel-to-wheel battles in the nearly 40-car field. Long partnered with Dodge, Mopar and Viper, Lux Performance Group has become synonymous with the V10-powered machine.

During the off-season, Cindi has continued a hard training regiment. Having missed the early part of the 2015 season due to a non-racing related knee injury, she returned with a commitment but still struggling to make-up for lost time last year. A single victory in 2015, no matter how intense the competition, is unusually low for the 12-time road racing champion. The 2016 off-season brought one of the hardest mental and physical training programs Cindi has undertaken in years. She has spent countless hours in the gym and, even more critically, in the Maher Solutions racing simulator virtually lapping the ACR-X at tracks on the 2016 schedule. This weekend will begin to tell the story of where she and Streimer match against the competition.

CBS Sports Network will televise several events of the Trans Am Series’ 50th birthday celebration. Seven of the series’ races will be broadcast on the all-sports network. Lux Performance is currently scheduled to compete in the majority of the televised events. The first, which the Northwest’s premier sports car racing team is in final discussions to enter, will be on Detroit, Michigan’s Belle Isle circuit. The race will run on June 4, the broadcast on July 10. For the full slate of race’s on CBS Sports, visit http://gotransam.com/news/index.cfm?cid=64719.

Fred Lux, Lux Performance Group Team Principal | “We’ve been racing these same basic beauties for a number of seasons but we keep learning with each lap. Our technical partners are developing new parts all the time so we are constantly learning, adapting and improving. We think The Glen will be a good track for the Viper. But with Watkins Glen being repaved last year, it’s going to be a little bit of guess work setting up the cars on this green asphalt. What I am really looking forward to is getting back up there and checking out the party scene. The Big Wheel will also be making an appearance this year.  If you don’t know what that is, be sure to stop by and see us. You won’t want to miss it.”

On the 2016 season| “I am so ready to get behind the wheel and go head-to-head on the race track again! While we won in 2015, it was a tough year for me. We had a few mechanical issues with both the car and with me and that cast sort of a bad feeling over the year. Now, I am 100 percent ready to rock and roll! Game on!”

On the 2016 TA3 Field | “It is an absolutely incredible field this year in Trans Am! The amount that the TA3 class has grown since last season has been substantial. It is exciting to watch and will be even better to be a part of. I haven’t been to The Glen in a long time. In fact, my first race there was back in the Firehawk Series running a Camaro many moons ago.  I just remember how the fans truly know how to party! ”

On Trans Am’s 50th Anniversary | “The 50th anniversary of the Trans Am Championship is a neat thing to be a part of. It really speaks to the nature of American road racing that this series has made it that long and continues to grow. It is still a hallmark name in the sport. We wish we could do more but for us, pretty much any time we leave the shop, we are traveling almost 3,000 miles to get to most tracks.  But being part of the Trans Am family is very special.”

Steve Streimer, No. 42 Lux Performance Group Dodge Viper ACR-X | “I am really excited to begin my second year. Last year was all about getting comfortable in a new car, with a new series, at new tracks with much larger fields than I had previously experienced. This year I am looking forward to continuing to build on the team’s momentum from last year. Being a part of the resurgence of the Trans Am Series is a tremendous opportunity and made even better with this year being its 50th Anniversary!”

About Trans Am | The Trans Am Series, America’s Road Racing Series, began igniting the passion of motorsports fans across the world in 1966 and has been home to some of the greatest names in road racing. Today, Trans Am continues to honor its legacy, while challenging the status quo in racing, through meaningful racing platforms and a driver-oriented focus. The Trans Am Series is operated by The Trans Am Race Company, LLC (TARC), through a five-year agreement in which TARC oversees the management and marketing of the Trans Am Series. SCCA Pro Racing sanctions Trans Am events and provides operations services to the Series. More information is available at www.GoTransAm.com .

See more about the Lux Performance Group’s 2016 season at https://www.youtube.com/watch?v=-PDB6AF90Gc&feature=youtu.be