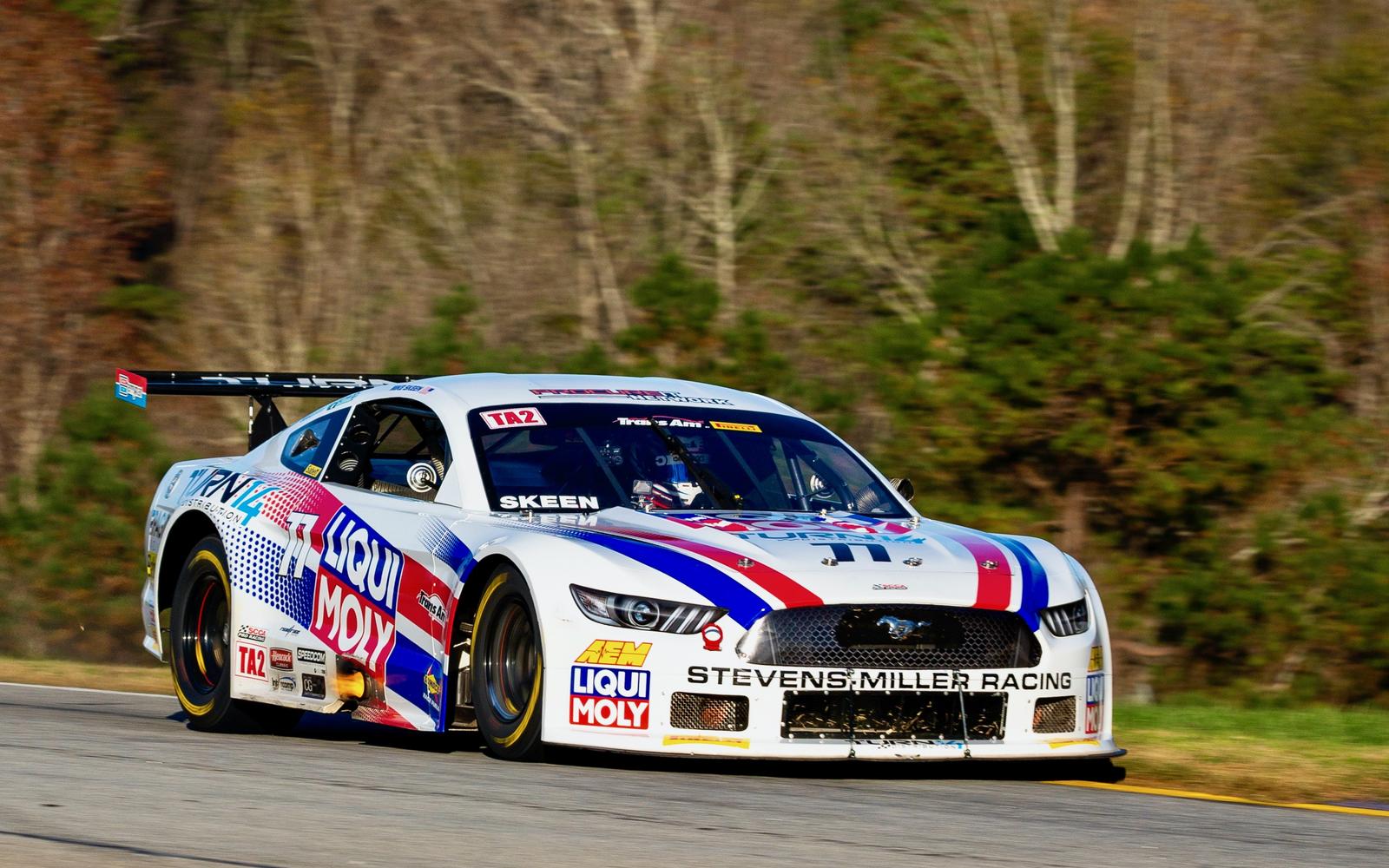 Islandia, N.Y. – Liqui Moly USA and Stevens-Miller Racing (SMR) have announced they have renewed their alliance to defend the team’s 2019 and 2020 TA2 Driver’s and Team Championships in The Trans Am presented by Pirelli.

Liqui Moly USA Director Sabastian Zelger said, “We are very pleased to continue our relationship with Stevens-Miller Racing. Their back-to-back championships and amazing success since switching to Liqui Moly products in 2018 underlines the quality of our products. The team uses the same specifically formulated oils, lubricants, and additives used by shops around the world to service vehicles including the car you drive.”

Team Owner Joe Stevens said, “We’ve been using Liqui Moly almost exclusively for the past three seasons. Our engine supplier did extensive dyno testing proving Liqui Moly was well superior to what we’d been using. Not only did we see improved horse power with their Touring High Tech 20-W-50, but we also saw a dramatic decrease in wear due to lower friction. Our testing went from engine dyno to chassis dyno to evaluate how Liqui Moly’s transmission and gear coils with their Anti-Friction MoS2 would affect mechanical loss — and we found the combination was a definite improvement.”

Stevens-Miller Racing use Liqui Moly products in all of their team cars, professional, arrive and drive, as well as their transporters, support equipment and personal cars.

“We use it in everything” Stevens said. “Brake fluid, hydraulic fluid, gear oils, engine flush, diesel additives, and of course motor oil. We use it all, we even use it in our generators. We put a lot of miles on our transporters and we changed to Liqui Moly’s Top Tech Truck 15-W-40  and their diesel additives with great success.”

Stevens-Miller Racing’s marketing and media programs are second to none, Zelger said. “Joe and the SMR Marketing team do an amazing job. Despite not having the opportunity to bring distributors and their guests to most 2020 events, we still hit our marks. SMR worked with our staff and together we developed a number of simple product endorsement videos that were very well received. Winning six of the nine races and the national media exposure that came with it was also very beneficial. These guys really care about the companies that support them, and that’s one of the primary reasons we continue to support Stevens-Miller Racing.”

Liqui Moly, a German manufacturer of oils and lubricants, is well known for products designed specifically for European cars. “We do very well with repair shops that specialize in European cars,” Zelger said. “In 2021, we’re putting more attention on our line of products specifically formulated for domestic applications and The Trans Am presented by Pirelli and, specifically, TA2 is perfect for that. Our Molygen New Generation 5-W-50  is one of our best sellers and is formulated for the muscle cars of today and yesterday.”

Stevens said, “Liqui Moly has been a tremendous partner and we can’t wait to begin our defense of our back-to-back titles.”