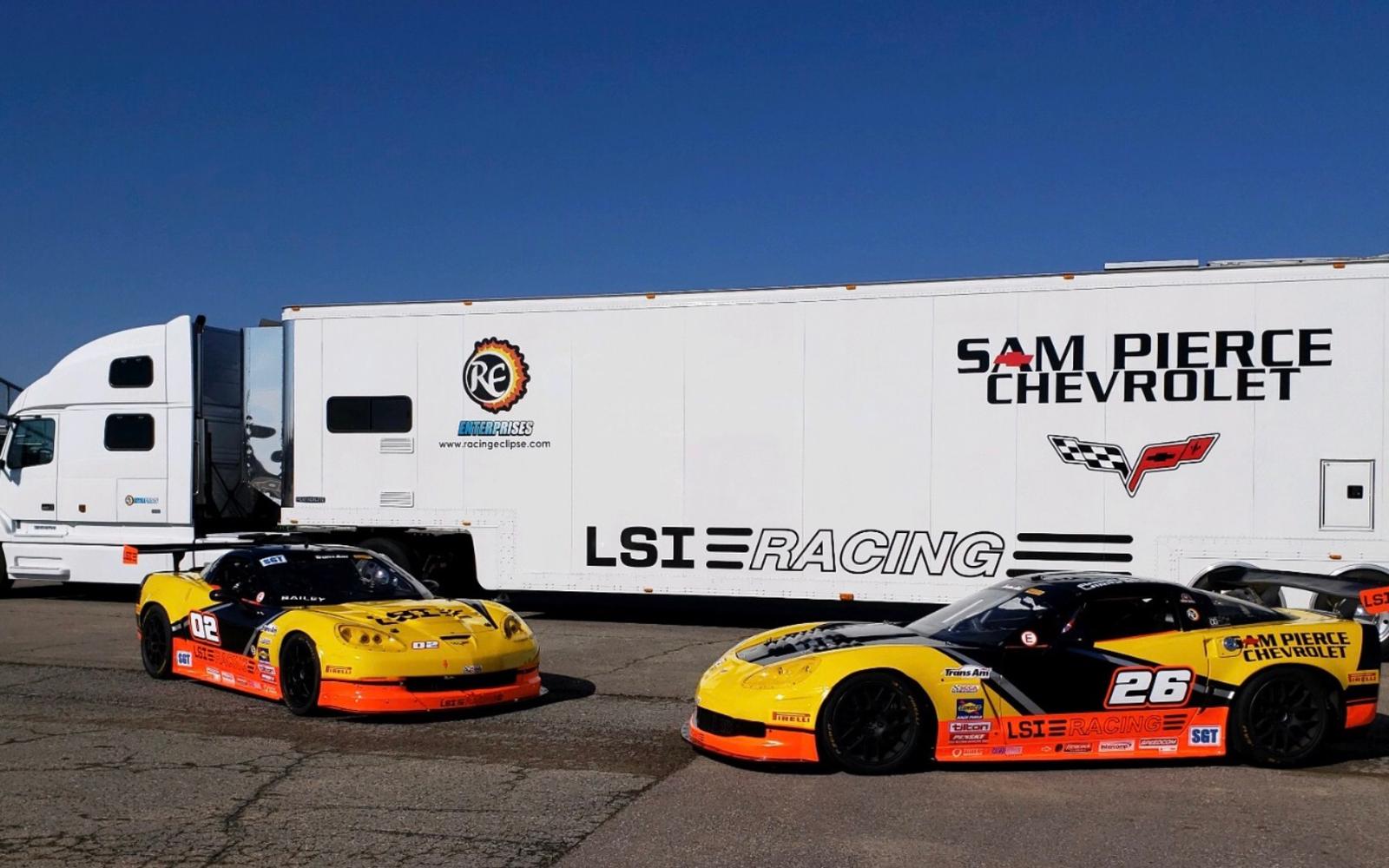 Affiliated Trans Am race teams LSI Racing and Sam Pierce Racing with AP Driver Development are pleased to announce that the group will roll into the Trans Am event at Road America (with NASCAR) on Independence Day weekend with brand new hardware.

Legendary Crew Chief Chris Santucci will be calling the shots for the group. All are pleased to continue to expand their presence in Trans Am series racing.

21-year-old Bryson has been on a tear this season. In January she became the first woman in history to make the A-Main at the Tulsa Chili Bowl after winning her B-Main preliminary race. She is currently seventh in USAC National MidgetCar points and has posted top five finishes in three of the four opening races so far in USAC’s annual Indiana Midget Week.

Tanner Swanson will then campaign the #26 Sam Pierce Chevrolet / LSI / AP Driver development USAC pavement Silver Crown car at Indianapolis Raceway Park on June 30. Swanson gets the nod to drive the car at IRP after driving the #26 pavement Sprint car in the 74th Lucas Oil Little 500 at Anderson (IN) Speedway. Tanner led for over 100 laps in dominating fashion mid-race before retiring due to overheating caused by multiple early race contacts by back markers.

Both Swanson and NASCAR’s Ryan Newman qualified SPR Sprint cars through first round qualifying for the Memorial Day classic with Newman crashing from seventh place on lap 495 to finish 11th. Newman campaigned the #39bc Driven to Save Lives / AP Driver Development / Coca Cola Beast chassis in honor of the late open wheel standout and friend Bryan Clauson. Ryan garnered the nickname “Rocket Man” for his 51 pole positions and winning the 50th Daytona 500 in 2008, the 2013 Brickyard 400 and 16 other Cup victories beginning in 2002 when he bested Jimmie Johnson for Rookie of the Year honors. He raced for the best owners in the business including Penske, Stewart-Hass, Childress and Roush Fenway Racing.

The AP Driver Development organization is spearheaded by SPR primary driver Aaron Pierce. “AP” is a multi-time open wheel champion with numerous wins in all three USAC national series, Trans Am, winged pavement sprint cars, legend cars and late model stock cars. Pierce is also a former Bondurant Racing School instructor. The firm was recently formed to aid aspiring young race car drivers in their transition to professional motorsports. The company will leverage SPR’s extensive race car inventory ranging from go carts to dirt and pavement open wheel cars and fleet of Trans Am machines. While the company’s professional staff is adept at the art of race craft on any surface or track configuration in virtually any type of race car, additional skillsets including public speaking, media appearances and sponsor relations can also be honed.