After getting a taste of Trans Am Series presented by Pirelli in 2020 – including his first pole and victory – Justin Oakes put in a full-season effort in 2021.

The Houston driver was rewarded for his efforts, winning six races in the No. 11 Droneworks Corvette to bring home the SGT championship. Oakes won six out of eight starts, was on the podium seven times, and captured seven pole positions.

“I’m very happy with the way it worked out,” Oakes said. “Our approach going in being a relative newcomer – this was my first full season in any type of racing – was to follow the lead of my team. The team is the reason for this championship. My crew chief – Louis Gigliotti (son of Trans Am veteran Lou Gigliotti) built the car and runs G Speed – came in with the mindset that we were in it to win the championship, not just to win races. Our focus all along was on the big picture: preserving the car; finishing with as few DNFs as possible; taking it as an annual view, rather than race by race.

“For me personally as a driver, being new, it was all driver development,” Oakes continued. “Doing what I can to minimize risk; performing well; maintaining confidence at each race; understanding my competitors; while learning as much as I can.”

“The victories were all great for me, but the one that really stands out was July 4 at Road America,” he said. “Basically, no fans were allowed for the first half of my first year of racing, with limited attendance due to the restrictions. But Road America was awesome. It was packed, racing there with NASCAR for the first time. The fans are who really make our sport so attractive, appealing and exciting. It’s fun going out there and driving quickly, competing with the other drivers, but when you have fans along the fence line cheering you on, coming by for autographs and sitting in the car, for some reason that makes it twice as fun. I have a lot of good memories – the first one at Sebring was great – but Road America was a blast.”

Behind the scenes, Oakes was quick to credit his driving coach, Jason Hart.

“Most of my year was spent with my coach, learning how to drive a race car,” Oakes said. “Jason taught me how to drive.”

Oakes made his Trans Am debut late in 2020, taking a Corvette he built for SCCA GT-2 to Circuit of The Americas. He intended to compete in GTX, but broke the track record and was protested.

“Instead of fighting with them at my first Trans Am race, we decided to switch to GTX,” he said. “That was our intro to Trans Am, we just wanted to participate.”

Oakes switched motors for the next event, the season-ending doubleheader at Road Atlanta. He won the opening race from the pole, and was leading the finale when he was hit by a competitor three times in Turn 7. That resulted in a broken suspension that ended his race.

For 2022, Oakes is looking to do even more racing. 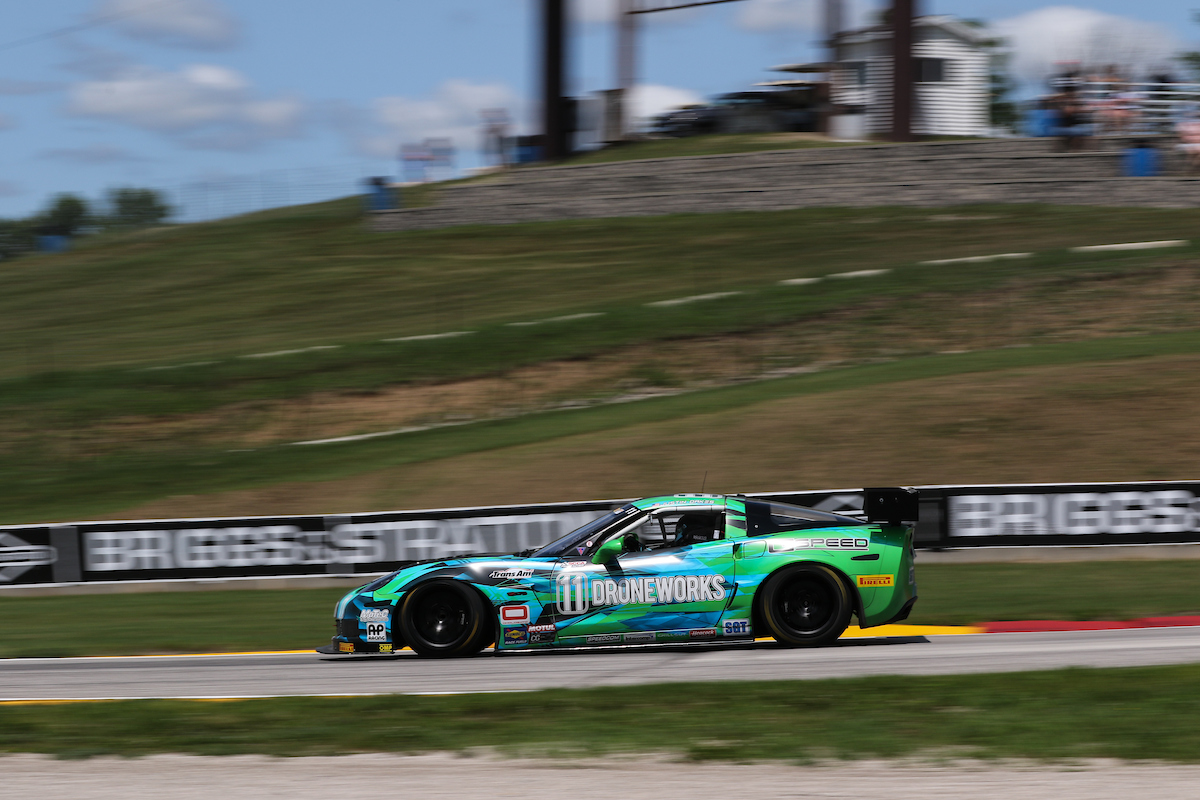 “We’re still sorting out our plans, working on it day and night,” Oakes said. “It looks like it will be a combination of series. Certainly, I’ll be racing in Trans Am in SGT – I have two cars I have specifically built for SGT. I’m not sure if I’m going to do a full season in SGT, and I also intend to race in TA2®. We had a good result and it was a great experience racing at Nashville. I love battling the TA2® drivers. They’re fun cars and really awesome fan support. On top of that, I also might do some GT series – GT4 and GT3 – I’ve tested a few cars. Being new to racing cars, my goal is driver development. The more seat time I can get with more series and different competitors will build my skills for the future. I plan to race a lot in 2022!”