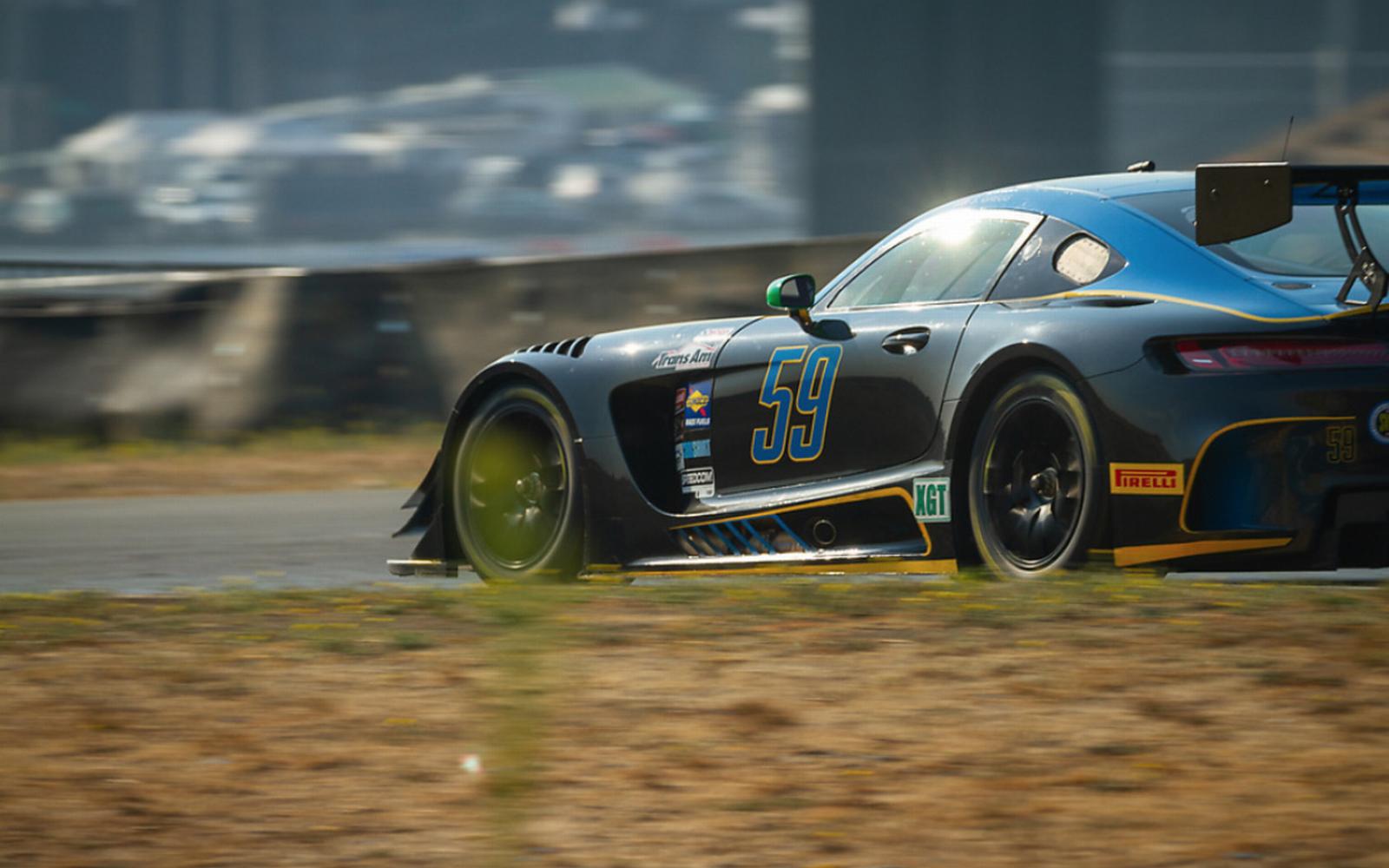 Ponte Verde - FLORIDA - December 12, 2020 - As 2020 draws towards a close, Florida based Simon Gregg can look back on a tremendously rewarding season on both sides of the country. The vastly experienced Gregg collected the inaugural XtremeGT Class Championship in the West Coast Trans Am Series presented by Pirelli while also finishing in an impressive P5 out of 25 starters in the National Championship TA Class, missing out on fourth place to his old rival Amy Ruman by just a single point. Simon was also honored at Circuit of The Americas in November for making his 200th career start in Trans Am, a considerable achievement.

Over on the West Coast, Simon debuted his stunning new AMG Mercedes-Benz GT3 at Thunderhill Raceway at the end of July where in addition to winning his fastest lap of 1:47:257 was a new track record as well as topping Greg Pickett's best time in a TA Class car. It was a similar story at Sonoma in August where Simon again broke the track record, this time in 1:41:226 en route to victory. In a truncated season inevitably compromised by the pandemic, those two wins were enough to wrap up the XGT Class Championship and Simon turned his attention to the National Championship where he ran a new 850bhp Derhaag Motorsports Chevrolet Camaro, replacing the Corvette of previous seasons.

As he got to know the new car, Simon proved himself one of the most consistent drivers in the Championship. Having made the podium at Brainerd when finishing in P3, the 2012 Trans Am Champion followed that up with P4 finishes at Road America and in the all-classes race at Virginia International Raceway. His final points tally of 190 placed him firmly among the elite drivers in the American muscle car series.

We are pleased to report that the growing popularity of Trans Am means it will be returning to our television screens. Starting on Sunday, December 13 at 4:00 p.m. Eastern, the CBS Sports Network will be showing a three-part series titled ‘Trans Am Year in Review.’ The three-week series follows the National Trans Am Series throughout its expedited nine round 2020 season. Each one-hour episode will be class designated, beginning with TA on Sunday (December 13), followed by TA2® powered by AEM (December 20) and concluding with the production classes- XtremeGT, SuperGT and GT- (December 27).

President of The Trans Am Race Company John Clagett was understandably delighted when he announced the TV coverage, “After our first year of successfully streaming all of the events to a worldwide audience, we are eager to air these year-end review episodes,” he said, “Our partners at CBS Sports Network have provided us with excellent slots for our three-part year-end review. The Series produces outstanding shows and with the racing we had this year, these episodes should make for excellent viewing.”

John and his team are to be commended for not only managing to stage a great season of Racing in 2020 in the most difficult circumstances imaginable, but also for putting together a terrific program for 2021. Starting as in tradition to the season opener, Sebring will host in February, the tour runs through all the favored Trans Am tracks before ending in November at COTA, so we can look forward to hearing news and announcements from Simon soon!

Download the new Trans Am App and watch the race events live from the Google PlayStore or Apple.