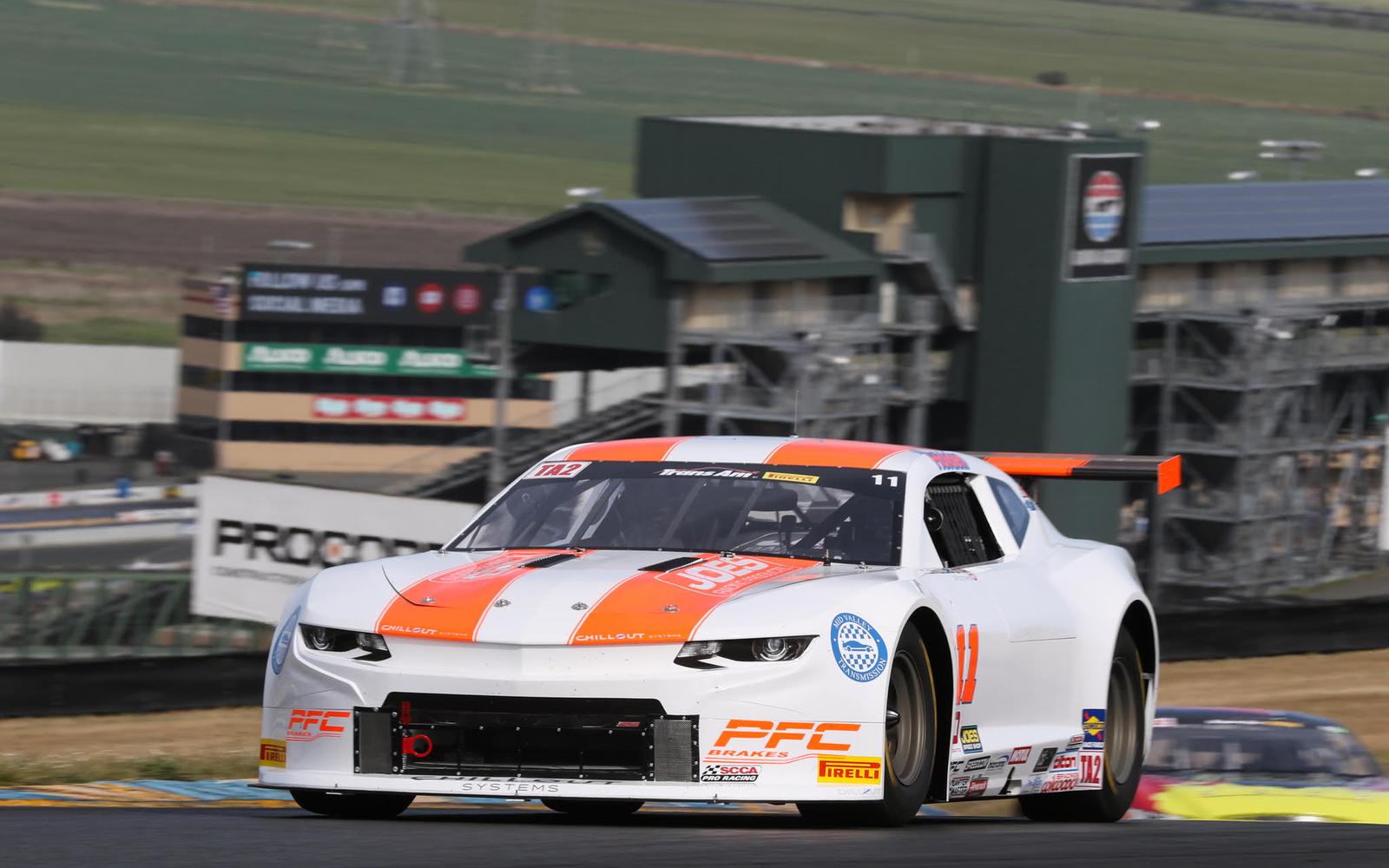 Holden Motorsports jumps into the Trans Am Series presented by Pirelli, poised to compete for the 2021 West Coast Championship.

Holden Motorsports has partnered with Joe’s Racing Products, M1 Racecars and Mid-Valley Transmission to build a 2021 Chevrolet Camaro for the upcoming season.

Our title sponsor for Sonoma is Mark Weedin Insurance!

With over 70 years racing experience between crew chief and driver, we are uniquely prepared for this new challenge. Crew chief Rob Holden began his racing career in 1977, quickly collecting numerous victories along with 4 Season Championships in multiple divisions. Rob set multiple track records at several northwest tracks, he set world records at the Bonneville salt flats. Rob has driven and built everything from stock cars to GT1 road race cars. Top of the class speed was achieved every step of the way.

Rob’s son, Jeff Holden, will be piloting this brand new build. Jeff started racing go-carts at the age of 8. At 16 he jumped in to stock cars, bursting on the scene, earning Rookie of the Year and the Season Championship during his first year of oval racing.

Since then he’s followed in his dads footsteps, collecting track records at every road race track he has been to in multiple classes of cars. Most recently while competing in the Great American Stock Car Series (a triple-header event at Portland International Raceway), Jeff set the fastest qualifying time and won all three races. All in all Jeff has compiled 30 years of racing experience, all with the same crew chief.

Holden Motorsports is seeking partners and sponsors for the 2021 season. We can provide a comprehensive information packet that illustrates the wide scope of exposure that the Trans Am Series provides.

All (7) West Coast Trans Am Series presented by Pirelli events also have SVRA Vintage Racing classes as the supporting cast. Whether you’re into the nostalgic racing of yesteryear or the cutting edge American muscle cars duking it out, it’s all packed in to one race weekend. C