MIAMI (August 25, 2022) — The Trans Am Series presented by Pirelli announces its 2023 schedule for its National Championship and Western Championship seasons with 13 and eight events, respectively. The new schedule includes some exciting additions and changes, including the return of classic and historic venues and a new two-race challenge on the West Coast.

The National Championship schedule will begin and end as it has in years past, kicking off the 2023 season at Sebring International Raceway (February 23-26) and culminating at Circuit of The Americas (November 2-5). These two events at premier tracks have historically drawn high car counts and large crowds of spectators.

After Sebring, the series will return to an old favorite, NOLA Motorsports Park, located outside of New Orleans on March 9-12. The event will mark the first time the series has visited the circuit since 2016. Next, Trans Am will again be hosted by Road Atlanta (March 23-26) and Lime Rock Park (May 26-29). The TA2 class then embarks on a standalone event at the Detroit Grand Prix (June 2-3), which returns to downtown Detroit for the first time since 1991 on a new 1.7-mile, 10-turn street circuit through the heart of Motor City. The TA2 class last raced with the Detroit Grand Prix in 2019, when the event was held on Belle Isle.

TA and the XGT/SGT/GT production classes will then get their own standalone race, visiting the historic Indianapolis Motor Speedway (June 15-18) for the first time since 2019. Next on the docket, TA and the production classes will reunite with TA2 for championship rounds at Mid-Ohio Sports Car Course (June 22-25) and Road America (July 6-9). TA2 then holds its second standalone event when the series returns to the Big Machine Music City Grand Prix street course in Nashville for its third-annual running August 3-5.

All classes will come together for the remainder of the season, returning to Watkins Glen International (September 6-10), and then visiting World Wide Technology Raceway (September 22-24) in the St. Louis area. Trans Am last ran on the original St. Louis International Raceway on the same property in 1985, but will now run the infield road course constructed in 1996, inside of the oval where NASCAR and IndyCar compete.

The series will next head to VIRginia International Raceway for its penultimate event (October 5-8) before closing out the season at a combined National and Western Championship finale at COTA, where the series’ annual banquet will also be held.

“We are extremely happy with how our 2023 schedule came together,” said Trans Am president John Clagett. “We are always looking for ways to diversify the tracks that our series visits. The 2023 schedule will challenge our competitors, expand our reach into geographic areas with passionate motorsports fanbases, and grow our footprint within the United States. We have added some historic venues where our series has put on exciting shows in the past, and we are revisiting the St. Louis market for the first time since 1985 at what is a first-class entertainment facility. We think that both our competitors and fans will be very pleased with the changes we’ve made.” 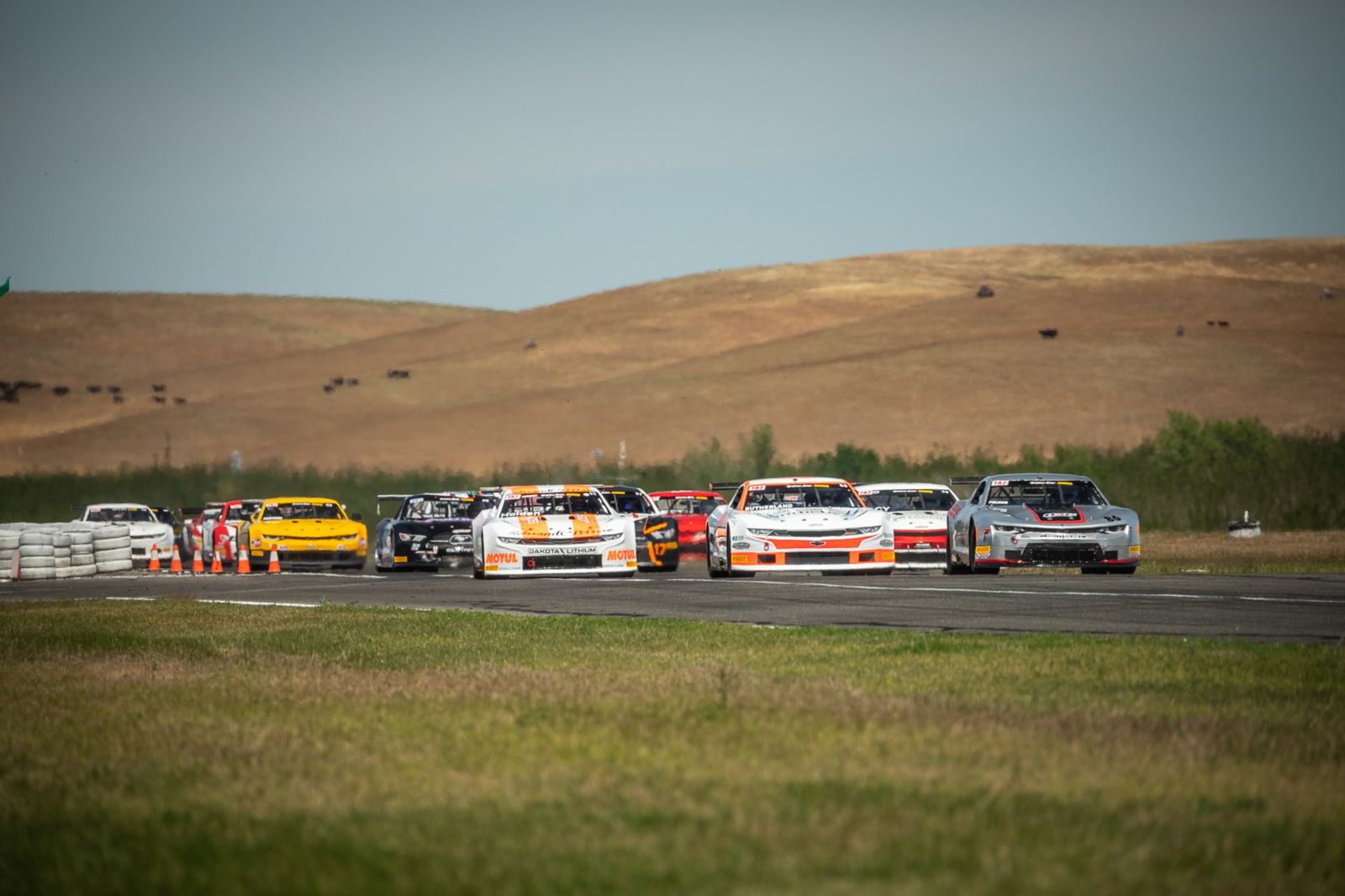 The 2023 Western Championship schedule will look familiar and begin in the Golden State, starting once again at Thunderhill Raceway in Willows, California on March 3-5.

The Western Championship season will continue in California at Sonoma Raceway (April 27-30) and WeatherTech Raceway Laguna Seca (May 5-7). While the National Championship is not scheduled to compete at these two tracks as it has in prior seasons, the races will compose the Golden Gate Cup. Drivers from both championships are invited to compete in these two marquee events in which the TA/XGT/SGT/GT and TA2 drivers who amass the most points in the two races will be awarded a special trophy and bonus prize money. Full-time Western Championship competitors as well as any National or part-time drivers competing in both events will be eligible.

Following the California swing, Western competitors will visit the Pacific Northwest with events at Ridge Motorsports Park in Shelton, Wash. (June 9-11) and Portland International Raceway (July 13-16). Utah Motorsports Campus will once again host a doubleheader event at the Tooele, Utah facility October 13-15. Circuit of The Americas will play host to the season finale on November 2-5.

“We are really proud of the direction the Trans Am Western Championship is going,” said Clagett. “We have seen so much growth, and we believe that it now carries its own weight as a standalone series, which is why we’ve opted to give it so much independence from the National Championship on next year’s schedule. We also wanted to make the races at Sonoma and Laguna marquee events, since they have so much history, both in our series and in all West Coast racing disciplines. We hope that some of our National competitors, as well as other drivers who don’t participate in our series full time, will take advantage of this opportunity to compete in these events and contend for the inaugural Golden Gate Cup.”

The Trans Am National Championship’s next outing of 2022 is at Watkins Glen International in Watkins Glen, N.Y. September 7-11.  Trans Am Western Championship competitors will next hit the track in a doubleheader at Utah Motorsports Campus October 14-16.