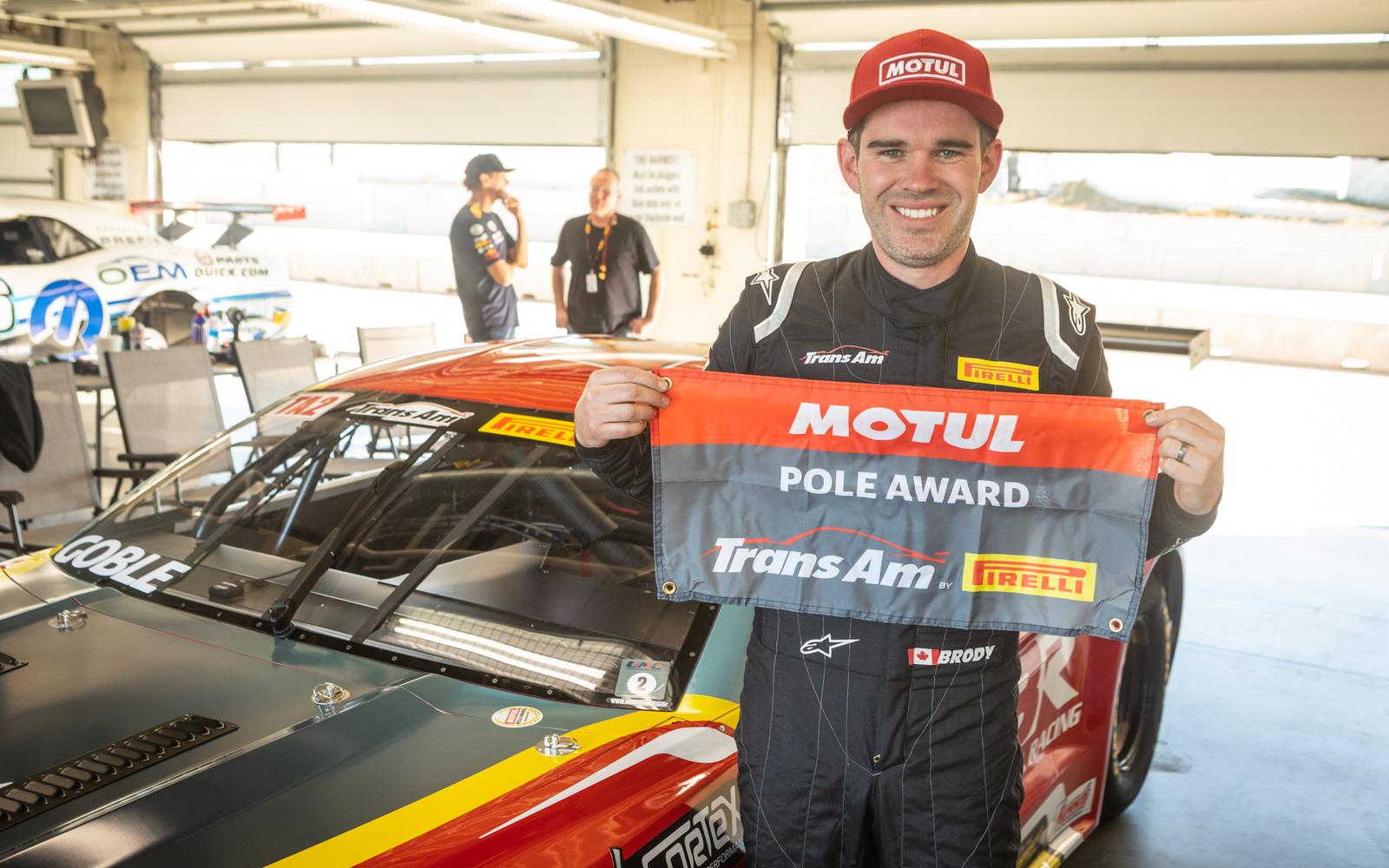 Practice and qualifying have concluded for the Trans Am Series presented by Pirelli Western Championship doubleheader weekend at Utah Motorsports Campus (UMC). Brody Goble in the No. 69 Brown Bros. Ford Mustang set the pace in qualifying with a record-setting time of 1:55.141, which earned him the Motul Pole Award and the top spot in the TA2 class for the third race in a row. Goble has shown speed all weekend, topping the first practice session and finishing second in final practice.

“That wasn’t a perfect lap, but it was a pretty good one,” said Goble. “It’s tough to say if there’s more in there or not, but I always like to think there is. Our first practice session we were quicker, but it was 8 a.m. and it was pretty cold out. This will be my first time racing at this track on this layout. I raced the go-kart track a couple times years ago, and I did one half of this track one year in a Spec Miata, and the other half of the track in a test session in a formula car. It’s very different doing the outer loop, especially in a TA2 car. Some of it does transfer, for sure, and it brings back memories.”

Ken Sutherland in the No. 68 Cascade Sotheby’s/Wyatt Fire Protection Camaro, who currently sits second in the standings, was second fastest with a time of 1:55.796. Roy Fulmer IV in the No. 186 Fulmer’s Auto Body/Nichols Construction Camaro was third with a 1:56.011, followed by Bobby Hodges in the No. 04 Garage Row Racing Ford Mustang with a 1:56.311. Brad McAllister in the No. 24 Periodontal Associates/JDRF Mustang rounded out the top five with a time of 1:57.028. Points leader Jeff Holden in the No. 11 RELAXandCBD.com/Dakota Lithium/Mid Valley Transmission Camaro qualified seventh in class with a lap of 1:57.232 following steering issues.

Chris Evans in the No. 92 Chris Evans Inc. Ford Mustang was fastest in XGT with a class record of 1:57.143, followed by Howard Johnston in the No. 32 IWS Acquisition Group Mustang with a 2:01.535. Michael LaPaglia in the No. 31 Papini’s/Johnson Tuning/FAST Ford Mustang FP350S is the lone SGT competitor, but he did not make a lap during qualifying.

Keep up with the event with live timing and scoring, which will be available at https://gotransam.com/livetiming.