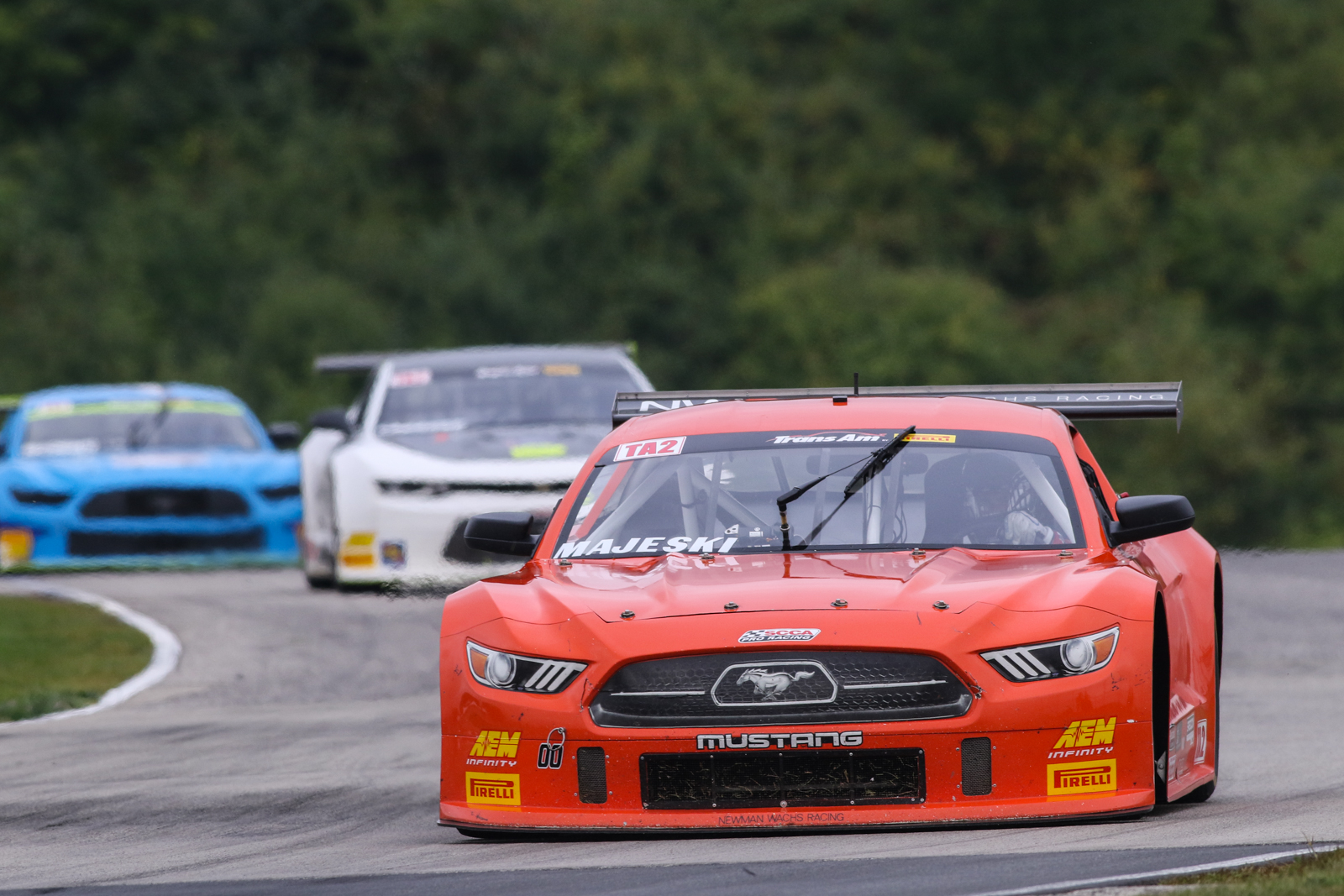 Said began TA class competition in third position but moved up to second shortly after the green flag flew.  Said would settle into the pursuit of race leader and pole sitter Lawrence Loshak, in the No. 2 Pennzoil/ ETE Chevrolet Camaro, until the No.2 entered the pits with power steering issues.  Said would assume the lead and, despite several strong challenges from Dyson, retain it past the checkered flag for his third career Road America victory—the previous coming in 1995 and 2002.

“I’m just proud,” said Said.  “I won my first Trans Am race here 24 years ago.  To race this great brand new car, built by Pancho Weaver, and to represent Monster Energy is a great opportunity.  Monster has been a sponsor of mine for a long time; I’m probably their oldest athlete at 55—it’s an iconic brand in America.  What Mark Hall, Rodney Sacks and Mitch Covington have done is amazing, and I truly appreciate their support.  To get a win for them makes me really proud.”

The win is the first of 2018 for both the Weaver Racing team and the Dodge Challenger model, while Road America marks Said’s third appearance this season after coming out of retirement to return to the TA class with Weaver Racing.

“What’s great about it is you have over 800 horsepower,” said Said, “you don’t have any electronic aids, no ABS, no traction control—it’s old school; you really have to drive it.  The GT3 cars I’d been driving were just getting boring; the ABS and traction control just take the finesse out of it.  That’s why I retired last year; to drive these cars with the horsepower and the grip is just a blast.”

Dyson would finish a close second for his fourth podium of the year; while Cliff Ebben, of nearby Appleton, Wisconsin, finished third in the No. 36 Stumpf Ford/McMahon Group Ford Mustang, in his first start of the 2018 season.

In the Ryan Companies Muscle Car Challenge, Trans Am and TA2 debutant Ty Majeski began the race in fourth position but moved up to third over the first six laps, pursuing leaders Matt Tifft and Rafa Matos.   A full-course caution came out on lap 21 of 25 after the No. 34 Mike Cope Racing Ford Mustang of championship contender Tony Buffomante was contacted by the No. 91 Telemark Chevrolet Camaro of Frank Dalene, running a lap down, ending the race for both cars.

On the restart, the No. 26 of Tifft was slow in response to the green flag, opening the door for Majeski to take the inside down the front straight and into turn one, overtaking both Tifft and Matos.  Majeski would pull into the lead and hold it for the remaining two laps, bringing the No. 00 Newman Wachs machine home for the TA2 class victory in his first Trans Am start, only the fourth road race of his career.

Majeski joined Trans Am for the weekend to make preparations for the day’s NASCAR Xfinity Race, also at Road America, with the goal of simply gaining experience; the win came as a pleasant surprise.

“If you had said I’d come out of this with a win, I’d have said you were crazy,” said Majeski. “This is my fourth road course race ever.  I just have really limited experience. I ran a Continental Tire Challenge race here earlier in the month and that was beneficial; the TA2 car was intended to help me get used to the shifting— I’ve never run a stock car on a road course before.  I feel it has been beneficial for me to prepare for the Xfinity race, and it was cool to come out with a win.”

“That last restart was really exciting, obviously,” Majeski continued. “Matt [Tifft] just didn’t get going there and held up the No. 88, and I had a monster run behind them both and had an opportunity to take the lead there.  I took advantage of it with two to go.  I was just trying to hit my marks over the last two laps and trying not to make a mistake.  I’m thankful for the opportunity to come run both series this weekend.”

Tifft would finish second after leading 15 of the 25 laps, a podium finish in his first career Trans Am start.  Scott Lagasse, in the No. 95 SLR/Fields Racing/ M1 Fastrack Chevrolet Camaro, would also take advantage of the final restart jumping from fourth to third finishing position, completing the TA2 podium. 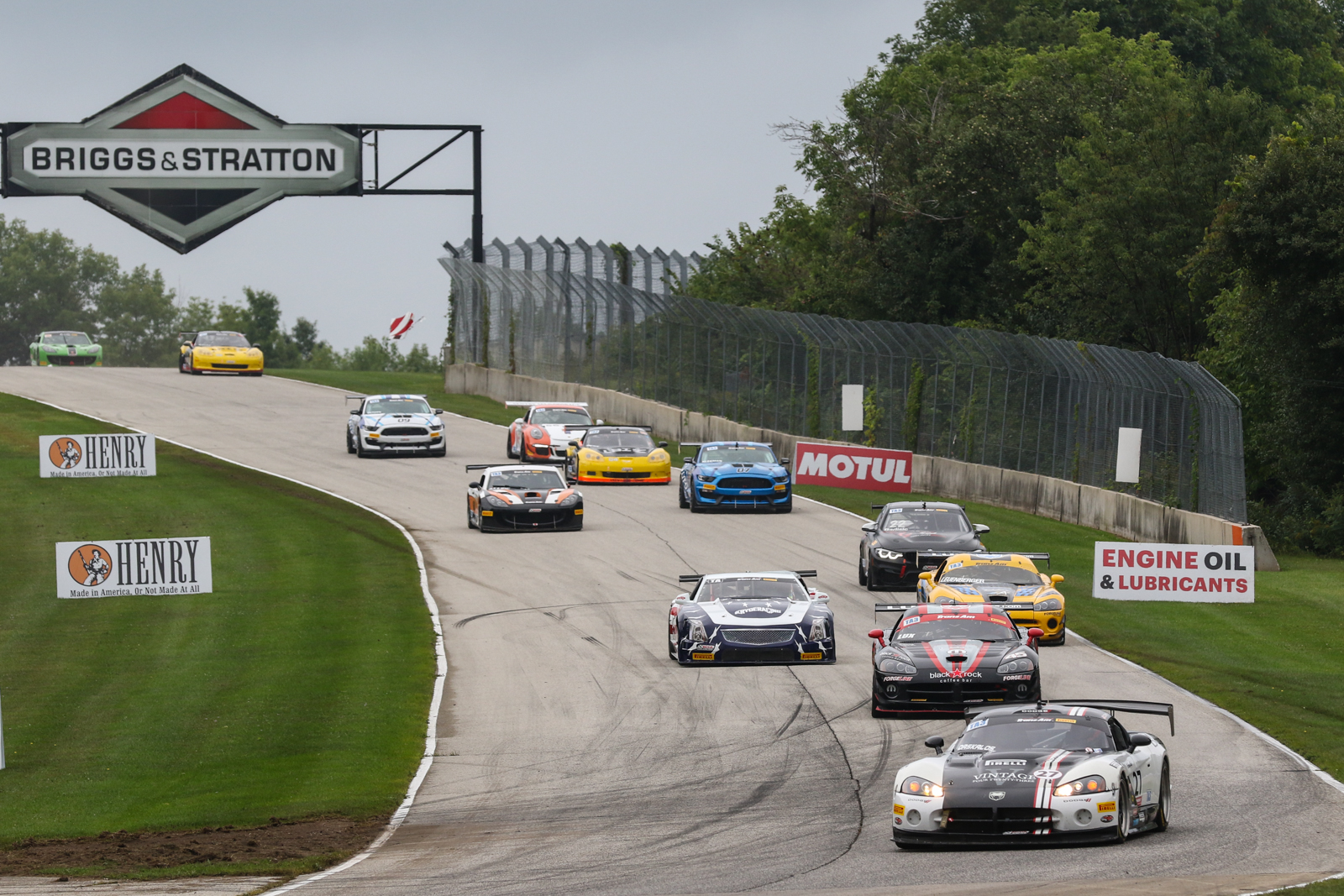 Competing alongside the TA class in the multi-class Ryan Companies Road America Classic were Trans Am’s TA3 and TA4 classes.

The TA3 saw a race-long battle between pole sitter Jason Daskalos, in the No. 27 Daskalos Racing Dodge Viper, and Cindi Lux, in the No. 45 Lux Performance Dodge Viper, in which the duo swapped the lead a total of eight times.

The No. 27 and No. 45 would weave through lapped traffic, often mixing in with slower members of the TA class—particularly over the final stretches of the race—until Daskalos took the lead for the final on the 21st lap and held it through the checkered flag.

“I had a great race out there with Cindi (Lux),” said Daskalos.  “A few times a lapped TA car seemed to want to race with us and slowed me up— but I’m happy to come away with the victory.”

The win is Daskalos’ second consecutive at Road America and his third in as many Trans Am starts.  Lux would finish second while her Lux Performance teammate Dirk Leuenberger, in the No. 35 Lux Performance Dodge Viper, completed the TA3 class podium.

Marko Radisic, in the No. 22 Precision Driving BMW M4, and Brian Kleeman, in the No. 07 DWW Motorsports/ Racetech Seats Ford Mustang, completed the TA3 top five.

The Trans Am Series presented by Pirelli will return to action at Watkins Glen International, September 7th through 9th.

Trans Am was joined at Road America by the NASCAR Xfinity Series  holding the Johnsonville 180 and Speed Energy Stadium Super Tracks.