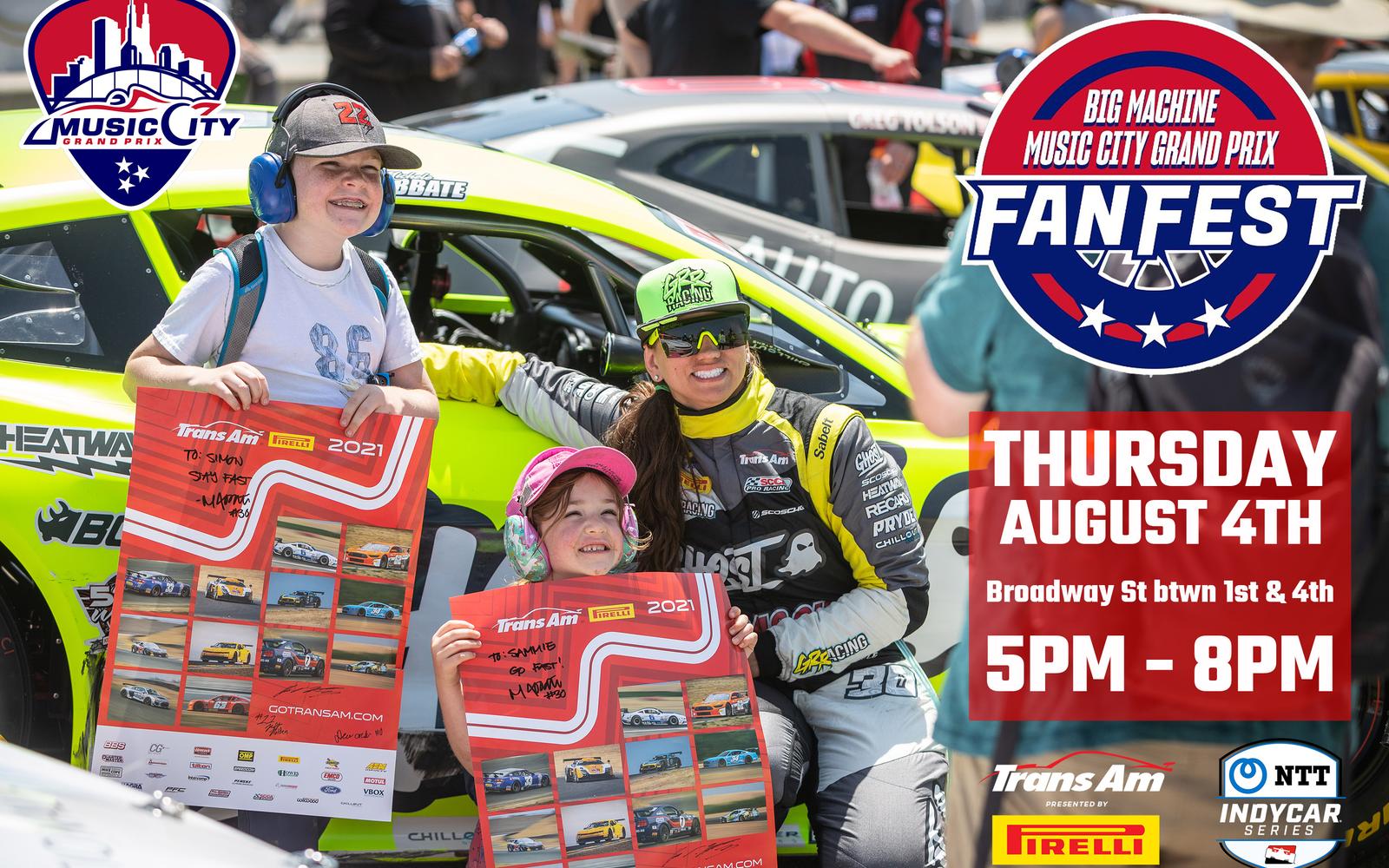 The Big Machine Music City Grand Prix in downtown Nashville is this week, August 5-7th, and the festivities will officially kick off Thursday, August 4th, with the return of FanFest!

FanFest is FREE and open to the public and features race cars from several different series that are racing this weekend, sponsor displays, a Mini Grand Prix, a Stadium Super Trucks exhibition, and an IndyCar Pit Stop Challenge where teams will vie for $10,000 in prize money.

Tran's Am's Fan Favorite voted Driver, Michele Abbate, will be there with the #30 GHOST Energy TA2 Racecar on display and welcomes all to come check it out.  She will be signing autographs and handing out some cool swag for those that come by!

"I am super excited to be making my debut on a professional street circuit and what an iconic event to do it at!  With 40 TA2 entries I am really looking forward to our Trans Am feature race on Saturday!  I am also looking forward to meeting the fans at the FanFest!", Michele shared.  She continues to be the only female to compete in the TA2 category, world-wide, and is set to hit the track in the #30 GHOST Energy Mustang prepared by Canadian team, BC Race Cars.  Her teammate Misha Goikhberg will be racing in the #20 Camaro as well.

Trans Am Cars on display include:

If you're in the area you won't want to miss out on any of the action.  The ultra competitive Trans Am class weekend schedule is as follows:

You can also watch the race LIVE on the livestream at: