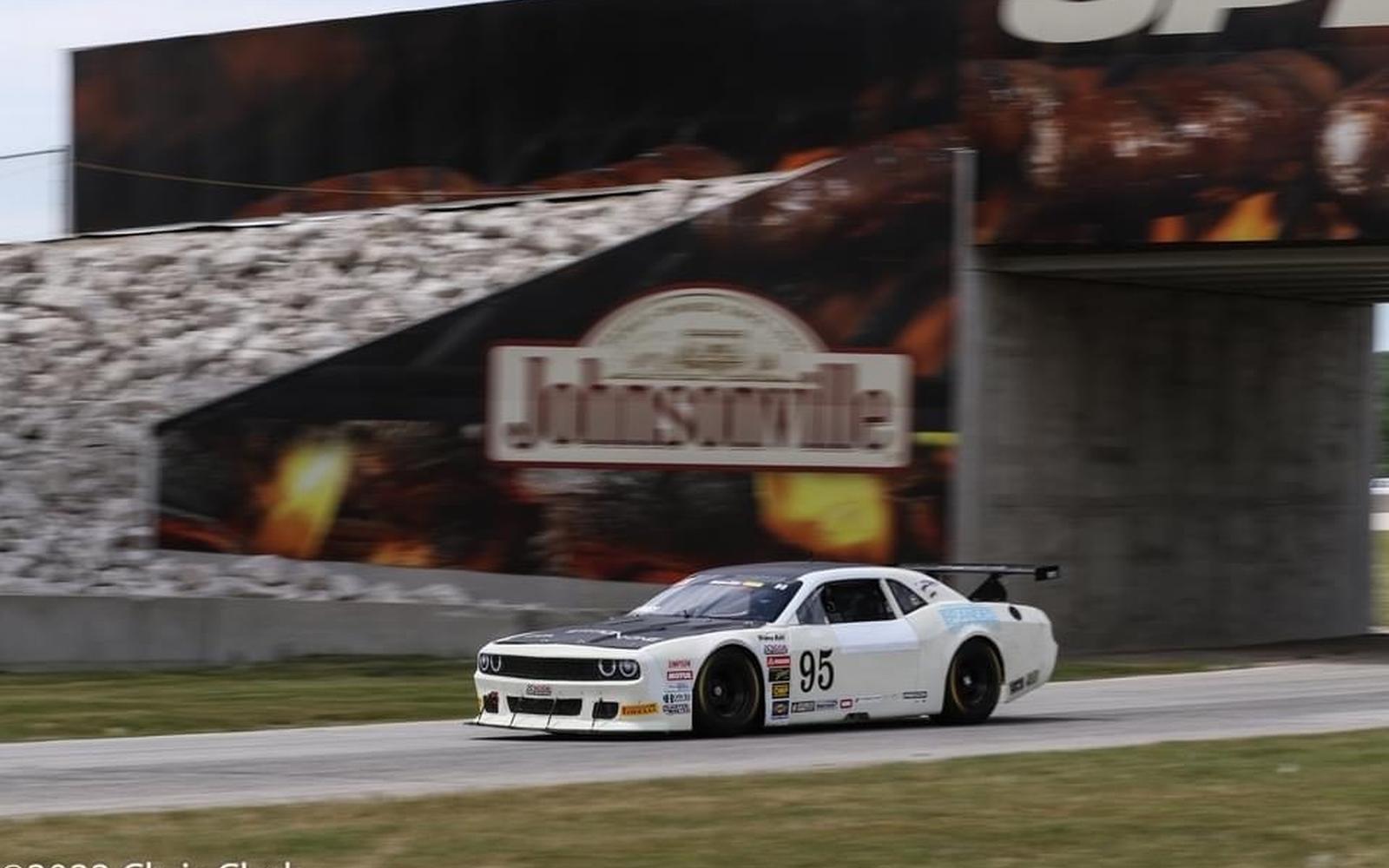 David Budres and Competition One finished the Ryan Companies Trans Am 100 TA2 race in the 18th spot after starting 31st at the 4.04 mile, 14 turn track in Elkhart Lake WI. The race took place July 3rd just before the NASCAR Cup series Kwik Trip 250.

The team had 3 sessions on Friday followed by an early Saturday morning qualifying session. “Friday’s sessions had some up and downs” said driver David Budres. “I felt really good after our first session on old high mileage tires, and was feeling very confident going to sticker Pirelli tires in the next session, but I couldn’t find the pace I felt I should have on the stickers”.

“Going over Friday’s data and video with David, we found several parts of the track where we knew David could make up some time”, said team principal Steve Stadel. Saturday morning’s Qualifying run was hampered by a flat-spotted left front tire on Budres’ first flying lap. “David was able to turn his best time of the weekend in Qualifying, even though he was struggling with a tire issue”, continued Stadel. “Although we ended up 32nd out of 46 cars setting a time in Qualifying, we were confident that David could move up in the race”.

Sunday’s race came on a beautiful Road America morning. The green flag fell and Budres settled in, logging race laps in his SCCA Pro Racing debut. The race had 3 cautions, the last one which bunched the field up for a green, white, checkered finish. Taking the green in 23rd place, Budres was able to charge up to 18th by the checkered flag. “I’m really happy that we finished this race”, Budres said. “It was great to go out and finish 100 miles. We made some adjustments to the car after qualifying that helped in some areas, but hurt in others; that’s learning. I can’t thank everyone enough. My dad and Scott, our Manic Racing guys, have put a ton into this. We wouldn’t be here without them. Of course, the same goes to Steve and Dana at Competition One. I learned a lot this past weekend and am looking forward to running TA2 again in the Big Machine Music City Grand Prix. Racing in front of the IndyCar crowd at Nashville is going to be great!

Now the team will focus onto preparations for the 2nd running of the Big Machine Music City Grand Prix on the streets of downtown Nashville Aug. 5th-7th.