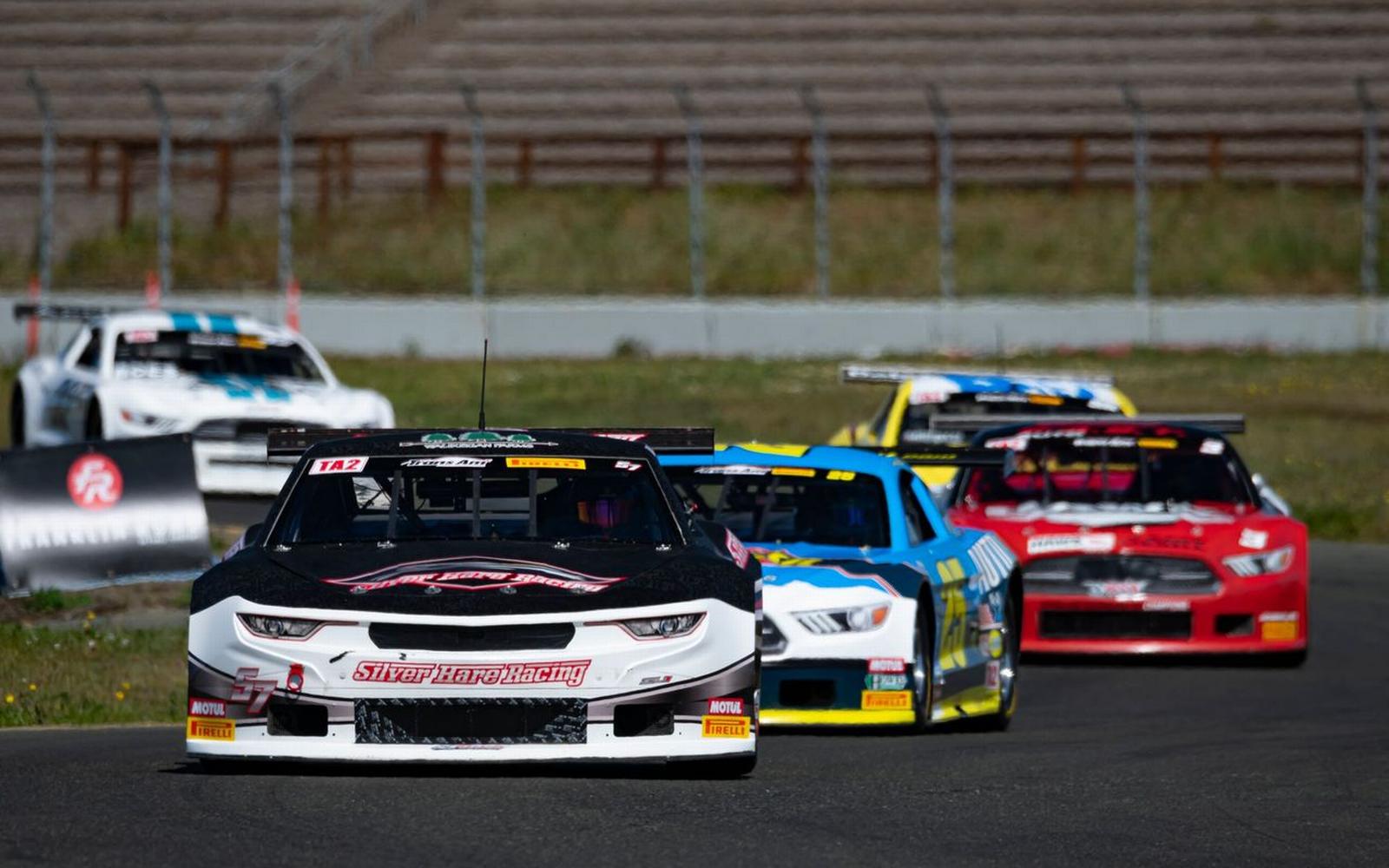 Connor Zilisch, Driver No. 57 Silver Hare Racing/KHI Management:
“I was hoping for a restart at the end, at least two laps to get a chance at something. I felt like we had good enough pace to run with the guys ahead of me. I think we made progress from Laguna Seca on the car. I felt more consistent throughout the race. We still had some issues fighting loose about halfway in and toward the end. At the beginning of the race, I could kind of manage it because everyone was trying to save their stuff. I felt like I was able to save my stuff, as well, and I felt like I was saving even more than some of the people around me. I feel like I did pretty good compared to Laguna Seca, where I kind of pushed it a little too hard toward the beginning. We definitely made progress, though, working in the right direction. I’m excited for Lime Rock and I think we’ll be better there. We kind of know more about that track, and the tracks over there have more grip than here on the West Coast, and I feel like we’ll be able to manage that better.”

Lawless Alan, Driver, No. 25 AUTOParkIt/Silver Hare Racing:
“Overall, I’d say it was pretty good. The car’s in one piece and we got all the track time we could. We were kind of behind, just because of my (NASCAR) Truck (Series) obligations. I had to miss Friday’s test, so that kind of put us behind the eight-ball. But we ran all the laps and got a lot of experience for Sonoma in the Trucks, which is why we were here, so I’d say it was pretty good. I think we were a lot better this weekend than last. We figured out some braking stuff for me and my car, made gains on the setup – we were way less free than we were last week and we were able to save the car pretty good. We were one of the fastest cars on the track, but got a little bit stuck behind other cars because it was really hard to pass. Once I would be right behind the car in front of me, attached to their bumper, but they had better drive, so the only way I was going to get by was if they were going to make mistakes. I felt like we were in good position if we would’ve gone back to green.”

Next Up:
The Trans Am Series presented by Pirelli heads to Lime Rock Park in Lakeville, Connecticut, for the Trans Am Memorial Day Classic May 27-28. The event begins with an open test session and official practice Friday, May 27, followed by qualifying later that day. The race on the 1.53-mile, seven-turn road course runs Saturday, May 28. Coverage will be livestreamed via SpeedTourTV.com and the SpeedTourTV page on YouTube.

About Silver Hare Racing:
Silver Hare Racing is a fulltime competitor in the TA2 division of the Trans Am Series presented by Pirelli. The multicar team has won the TA2 Masters class championship three times (2018, 2019 and 2020) with driver and team co-owner Maurice Hull. Under the leadership of Hull’s wife, co-owner and team manager Laura Hull, Silver Hare Racing provides a variety of services that includes private testing and arrive-and-drive programs. The team offers six, professionally built and maintained TA2 chassis from Howe Racing and operates from a state-of-the-art facility in High Point, North Carolina. For more information, please visit SilverHareRacing.com.