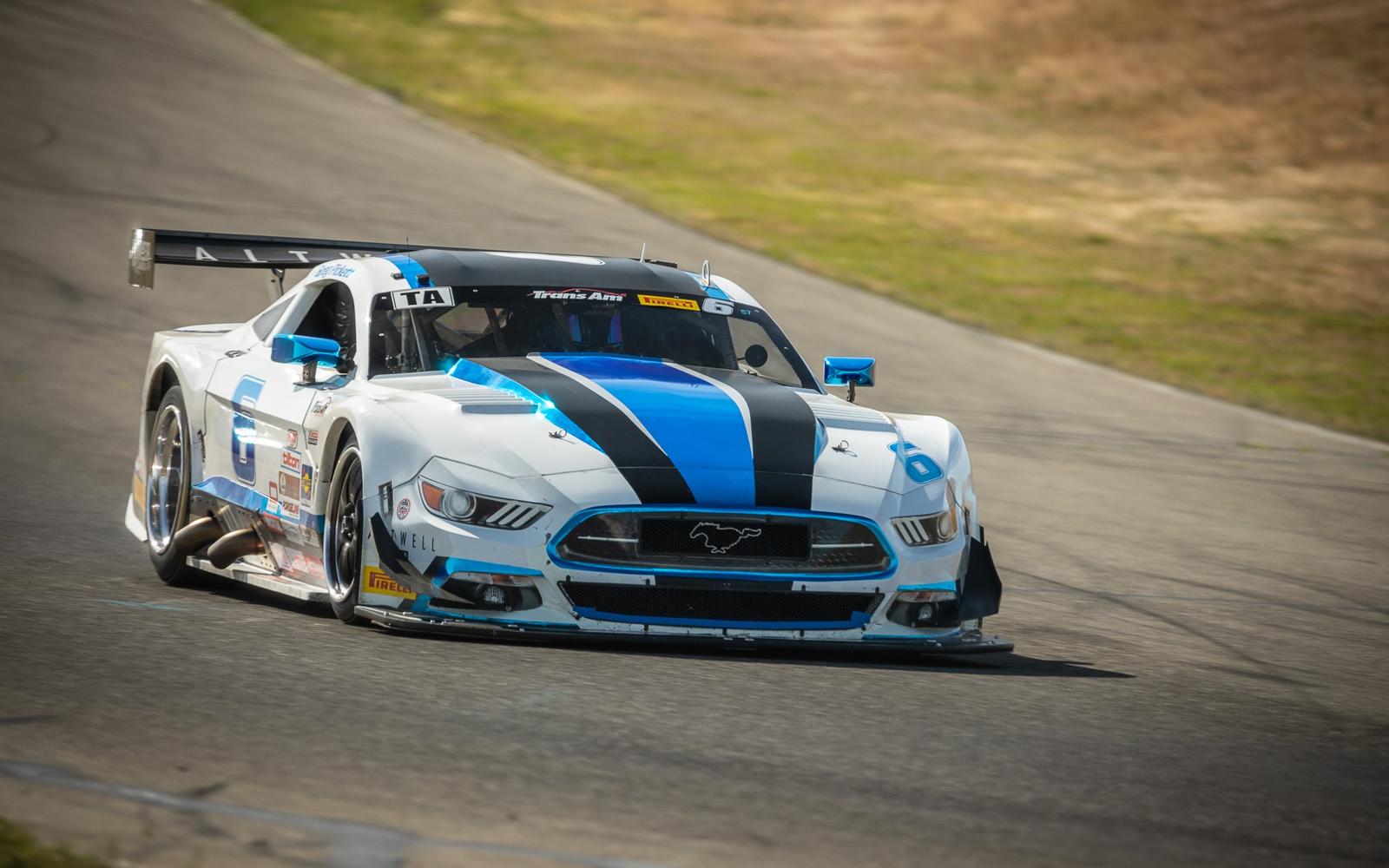 Practice and qualifying are complete for the first event of the Trans Am Series presented by Pirelli Western Championship season. Track time at Thunderhill Raceway Park began with three practice sessions combining all of the series classes. Greg Pickett and Roy Fulmer IV swapped spots at the top of the leaderboard throughout the day, but Pickett’s lightning-fast, track-record breaking lap in qualifying earned him the first Motul Pole Award of the season.

Second practice was cut short due to an accident by the No. 60 Nelson Motorsports Chevy Monte Carlo of Rudy Revak in SGT. As a result, only a handful of cars were able to make a lap, and lap times were not fully up to speed. Following the crash, Revak was transported to a local area hospital for evaluation.

In qualifying, Pickett took back the top of the leaderboard, earning the Motul Pole Award with a new track record of 1:41.865. Fulmer IV was the top TA2 qualifier and will start tomorrow’s race from the second position after laying down a lap time of 1:43.469. Sutherland was third fastest with a time of 1:45.807, followed by Stacy (1:46.831) and Holden (1:47.659). Chris Evans in the No. 92 Chris Evans Inc. Ford Mustang was the top SGT qualifier, earning the ninth spot overall with a time of 1:49.838. Mike Sheehan qualified 16th and was the fastest of the XGT class in his No. 72 Ferraris Online LLC Lamborghini Gallardo GT3 with a time of 2:05.970.

“This is a fun track, there’s some good speed here,” said Pickett after his pole-winning lap. “Around here, it takes four, maybe five laps to really get the tires to come in to where they need to be, so I think I got the pole on my fifth lap. I was coming up to take the flag again but my crew told me I got the pole. I didn’t want to be greedy, but I might have gotten a couple more tenths out of a flyer on the next lap. This is a beautiful track, and it has lot of technical areas where you really have to pay attention and run the right line. These cars are fun to drive here, so thank you, Trans Am, for coming. And tell Chris Dyson he’s not the only Altwell Mustang out there that’s pretty fast,” he concluded with a smile.

“My dad and I have really been putting our time in preparing for this race, so I can’t thank him enough for wrenching hard and not being afraid to try new things,” said Fulmer IV after laying down the fastest TA2 lap. “I’ve got a lot of experience at this track. This and Sonoma are my two home tracks; I’ve done multiple 25 Hours [of Thunderhill] and I was actually the youngest ever to do the 25 Hours at 13 years old. In order to win tomorrow, I need to be very methodical with the tires and the brakes. I need to try not to cook the tires and over-push the car in the beginning. I’ve got to save it for the end.”

The opening race of the Western Championship will be contested on Sunday, April 10 at 1:10 p.m. PT/4:10 p.m. ET. Keep up with the event with live timing and scoring, which will be available at https://gotransam.com/livetiming.