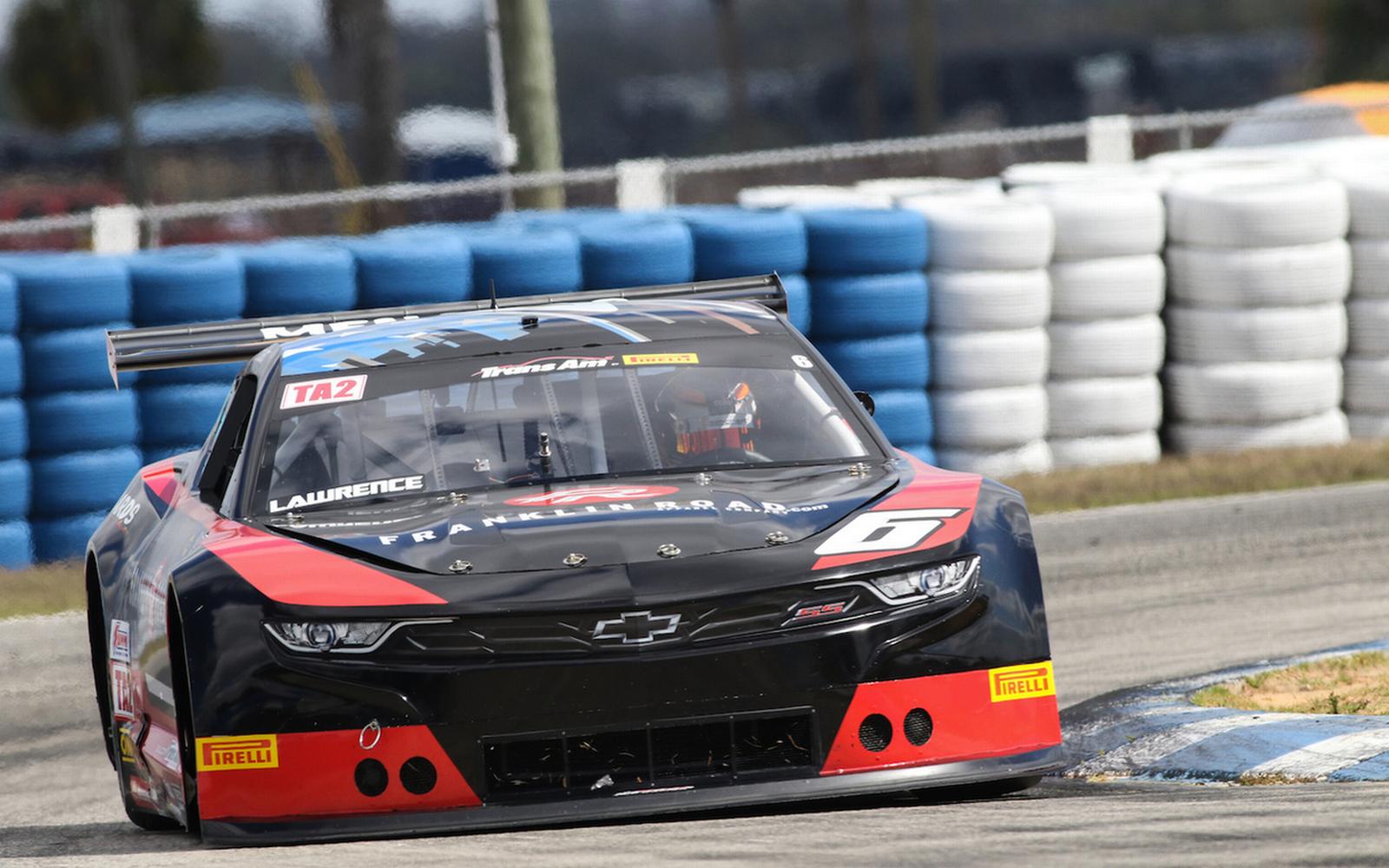 Sebring, FLORIDA – February 28, 2022 - A podium third in the TA1 Class on Saturday and a Top 5 in the TA2 feature were the highlights for the Tennessee based Franklin Road Apparel Showtime Motorsports team on the opening weekend of the 2022 Trans Am presented by Pirelli Championship season. At a sweltering Sebring International Raceway in Florida, team principal Ken Thwaits maintained his consistently good form with a third podium finish in the TA Class while on Sunday Cameron Lawrence successfully negotiated a crowded field in the TA2 race to miss the podium by one spot. Teammate Carl Ryquist completed the race in P13.

Racing with Showtime Motorsports for the second time after running at COTA last season, Former TA2 Champion Lawrence qualified the No. 6 Franklin Road Apparel Chevrolet Camaro in 2:07:295 for P5 on the grid. The partnership is certainly beginning to flourish with Lawrence picking up 23 Championship points at Sebring and Cameron was very positive about the team when we spoke to him after the race, "I'm thankful for Ken and all of the guys in the crew who worked really hard all week long to get the car where it is. We're thrilled with the P4 finish. Top 5 was the aim but If you'd asked me in the middle of the race where we'd finish I wouldn’t have guessed! We had a couple of good restarts which really helped us out. It was an eventful race with a little contact and a door flying off! It was super-hot but I think the big thing from the weekend is that this team's got endurance and grit and we just held in there in the Top 5."

Carly Rydquist was making his competitive debut for Showtime and put the No. 4 Franklin Road Apparel Chevrolet Camaro on P25 on the grid in 2:10:546, but climbed a terrific 12 places in the race. Carl, who collected 13 points, commented afterward, “It was super fun I have to say. I didn't have too much hope after qualifying but I knew the setup might be good and it was. It was just loads of fun racing with everybody out there. We’re racing hard but there is enough of an element of respect. We go in side-by-side. Door-to-door. And to be able to drive here at Sebring, I’m just so thankful to Ken and Showtime and Franklin Road for the opportunity. I’m pinching myself.”

All-in-all it was a highly encouraging weekend for the revamped Showtime team who will be taking all four cars to the next round of the season, scheduled for March 17 to 20 at Charlotte Motor Speedway.

All the action can be streamed on the Speed Tour and Trans Am YouTube channels.