AUSTIN (7 Nov. 2021) – Rafa Matos had everything his way at Circuit of The Americas, wrapping up his TA2® championship season by capturing the pole on Saturday and then leading every lap on Sunday en route to his sixth victory of the 2021 Trans Am Series presented by Pirelli competition season. (VIDEO: TA2 CoTA Race Highlights)

Driving the No 88 3-Dimensional Services Group Ford Mustang in the season-ending Heacock Classic, Matos beat Connor Mosack to the checkered flag by 9.426 seconds to score his 16th Trans Am career victory, turning the fastest race lap in the process. Misha Goikberg finished third to complete the National Series podium. (Based on provisional results)

It was not the Sunday drive it appeared, however, as Matos battled a vibration in the final laps, but picked up the pace in the closing laps to manage a formidable gap.

"This result definitely represents all the hard work that the 3-Dimensional Service Group team has done all year," said Matos. "The group of guys are amazing, giving me the tools to finish the race with a dominant victory. It is special to us, we wanted to finish the season with a win. I couldn't be more proud of my team." 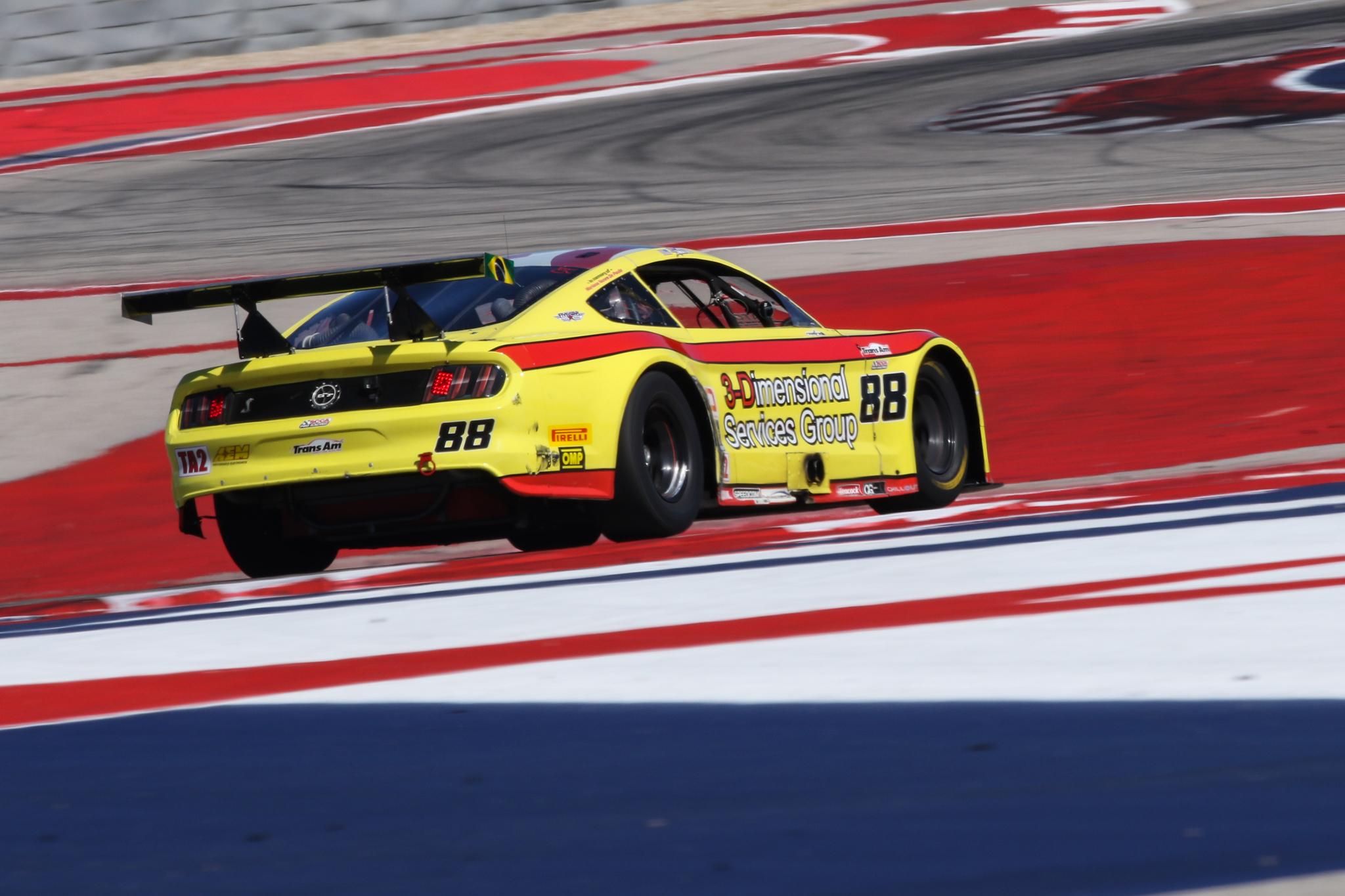 Mosack started third in the No. 28 Nic Tailor/IFS/SLR Chevrolet Camaro, but needed 21 laps to get around Misha Goikhberg for second. At that point, he was eight seconds behind Matos, but trimmed two seconds from that advantage on the following lap. He closed slightly on the leader, but Matos picked up speed a few laps later in the 29-lap event that used up the full 75-minute time limit.

"We didn't have the car to keep up with Rafa (Matos) today, but we fought hard for second," Mosack said. "It's been a great first year in Trans Am, TeamSLR really helped my development."

Canadian Goikhberg rounded out the podium in the No. 20 BC Race Cars Camaro, marking his first podium of the season following a strong weekend for the experienced racer.

"We really had the car to finish P2 today, so it is a little bittersweet to finish one position less than we qualified," said Goikhberg. "The team gave me a great car, and I could have done a better job adapting to the conditions. Congratulations to all the competitors on a good race, and to my team, you did great."

Rounding out the top five were Thomas Merrill – driving Tom Sheehan’s backup car to fourth – and 2013-14 champion Cameron Lawrence in fifth, driving a Camaro fielded by Ken Thwaits' Showtime Motorsports in his first appearance of 2021.

Matos’ protégé, 23-year-old Baylor Griffin of Tampa, finished 13th in a Stevens-Miller Camaro in his Trans Am debut. He earned ChillOut Moment of the Race honors for his drive. Griffin, whose background is in karting, has been mentored by Matos for the past three years.

Gar Robinson was the biggest mover of the race. Starting 47th in the No. 74 Liqui-Moly/Turn 14 Distribution Camaro, the two-time Trans Am champion passed 37 cars to finish 10th in his first appearance since 2018. The 2020 TA2 champion Mike Skeen, who landed a start on race day when John Cloud offered his No. 41 Ultimate Headers Camaro, went from 51st all the way to 12th after 21 laps. He began slowing two laps later, and dropped out with five laps remaining after a mechanical issue. 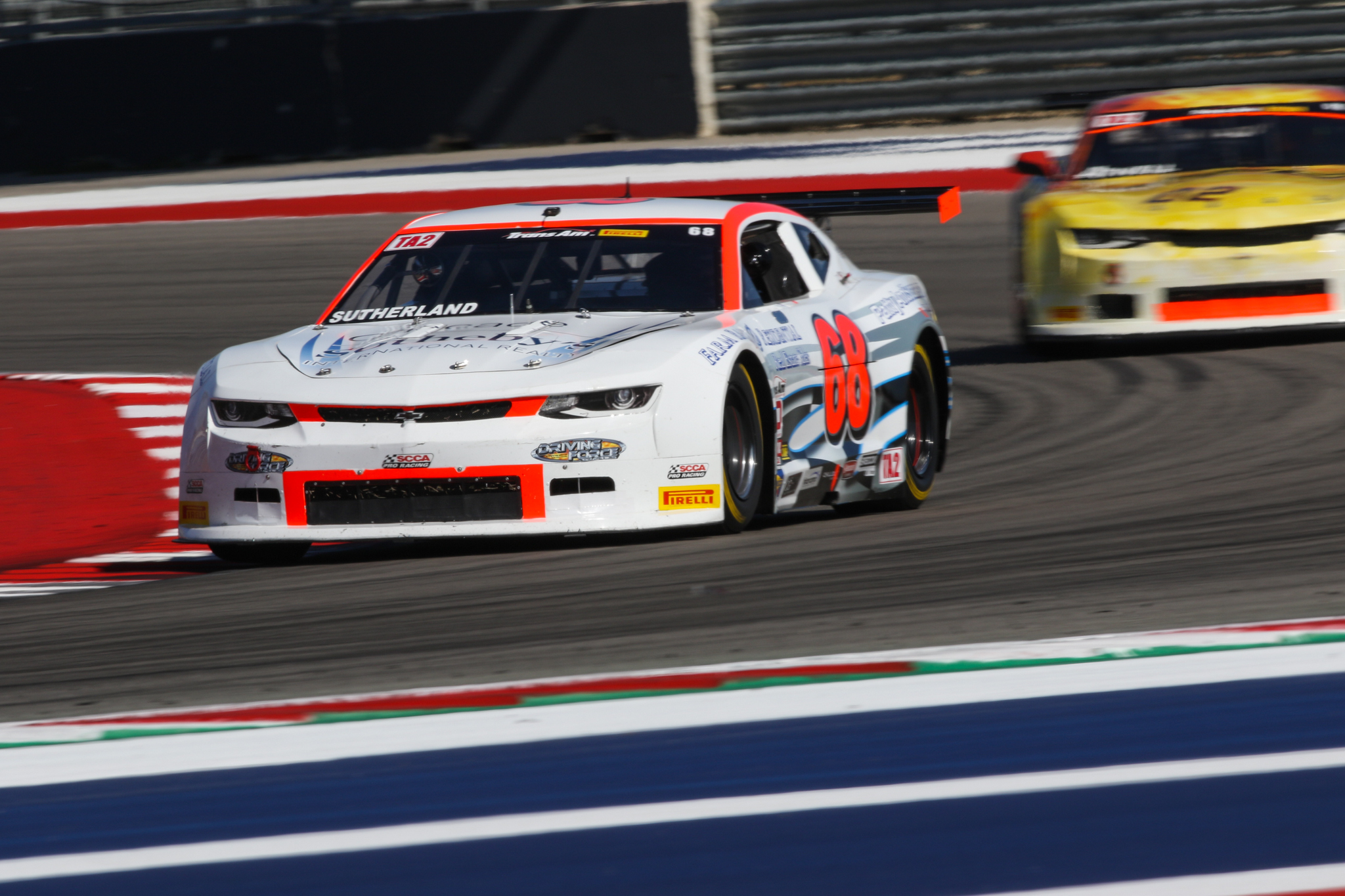 Also dropping out from mechanical issues from incidental contact with five laps remaining was Adam Andretti in the No. 86 3-Dimensional Services Mustang. He ran as high as fifth, in a tight battle among contenders throughout his stint.

Carl Rydquist ran as high as eighth overall in the No. 47 Racecars4rent /Group Wholesale Ford Mustang in leading the Trans Am West Coast competitors for the opening 15 laps. Ken Sutherland took the lead on lap 16 in the No. 68 Cascade Sothbey’s Camaro, and went on to score his first victory of the season.

"We were a little disappointed in our qualifying spot, but the car was darn good in the race," said Sutherland. "We were just hoping that we could stay close to Carl (Rydquist), Carl is so fast and a great racer. To beat him today was super humbling."

Rydquist – the 2021 West Coast TA2 champion – closed the gap to within one second at the white flag, but lost two places on the final lap.

"This was the best race that I ever had," said Rydquist, seeking his fifth West Coast triumph of the season. "We had some minor issues but overall it was an amazing race and it's so great to be part of this historic event for Trans Am."

Veteran Bruce Nesbitt celebrated his 100th Trans Am  start with a 34th-place finish in the No. 50 BrakeOMeter Ford Mustang. 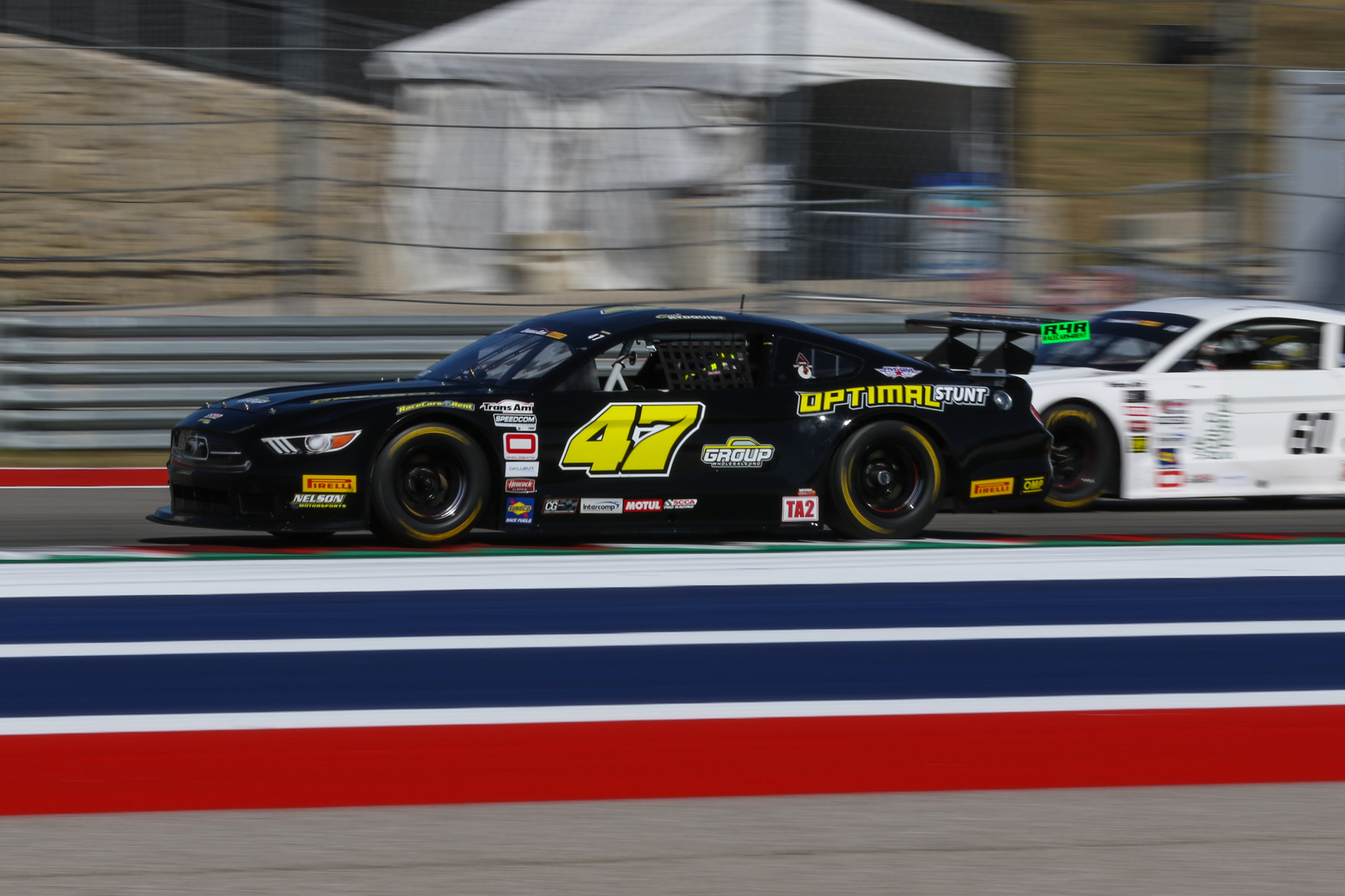 The race was slowed by two cautions for nine laps early in the race. The first was extended by a fire which badly damaged the No. 98 D&M Electrical Contracting Inc Chevrolet Camaro of Doug Winston. The driver jumped out unscathed but it took several minutes to extinguish the flames that engulfed the rear of the car.

Matos will continue his post-race celebration with the Trans Am Honors Gala on Sunday evening. After a record-breaking 2021 season, Trans Am will open the next chapter in its 55 year history with the 2022 season-opener at Sebring International Raceway on February 27 for the Sebring SpeedTour.