Coming into the event, the headlines were for 15-year-old Connor Zilisch, who captured the pole in his first TA2® start. Zilisch, the youngest driver in Trans Am Series history to start the race on pole and lead a lap, held the point for the opening four laps after the green flag, closely followed by Matos. The Brazilian veteran pounced on the fifth lap, taking the lead and fighting off several challengers to take his 15th career victory, backing up his 2018 title. 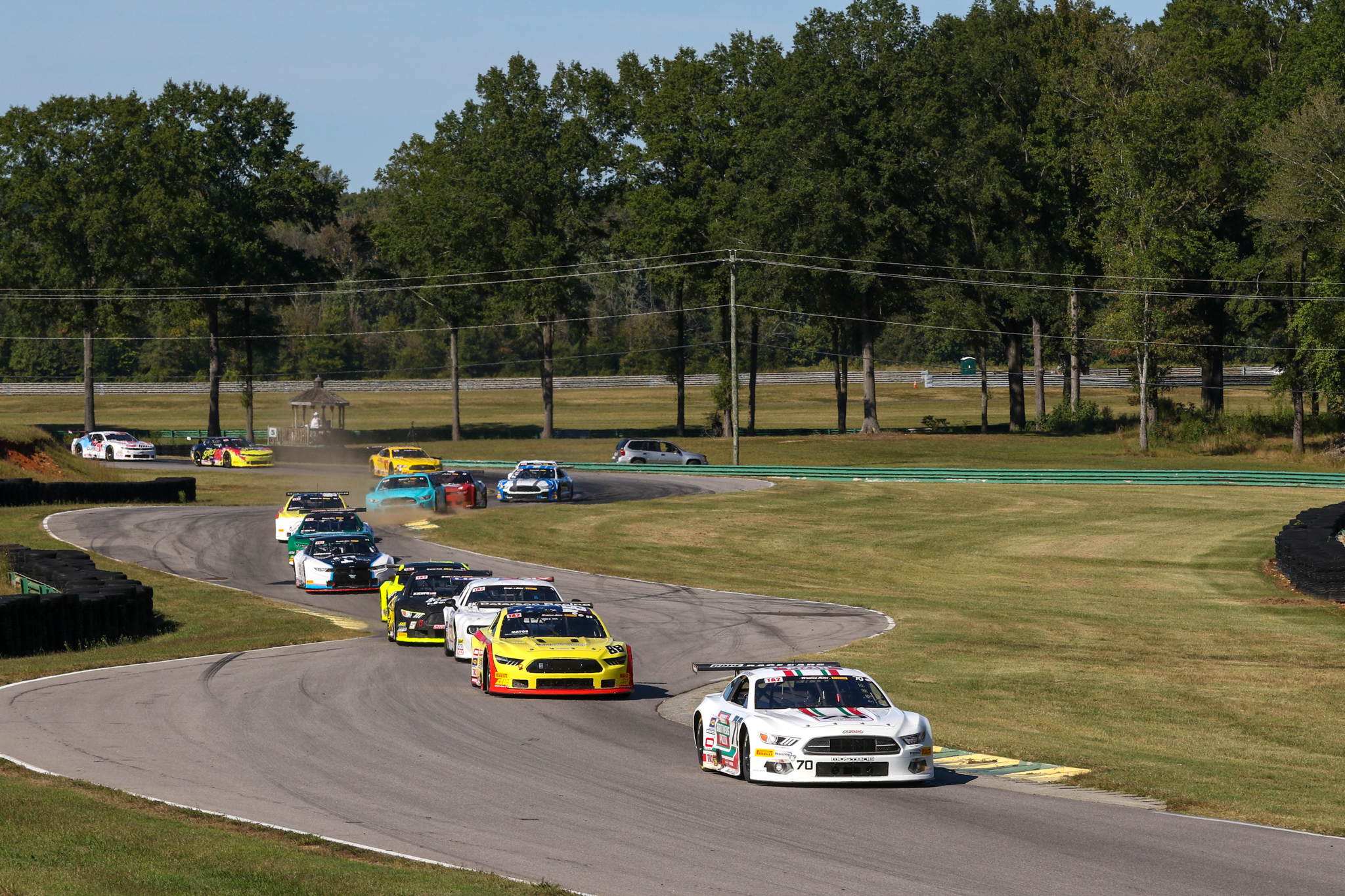 “I cannot describe my feelings in words right now,” said Matos, driver of the No. 88 3-Dimensional Services Group Ford Mustang. “It’s been a year of ups and downs. This weekend in particular was quite good, but we had races where we were lacking a little bit of speed or had bad luck. There was so much anticipation before this race. I was a bit concerned after qualifying second, because second place here going into Turn 1 has not been good for me. But we got clean at the start and my pace was good enough to pull away. But first I had to deal with Connor (Zilisch). I finally overtook him, and after the restart my pace was good enough so I could pull away.”

"We had a good car for the restart, but it looked like Rafa (Matos) had a better long run car," said Merrill. "We equaled out on pace at the end, but Rafa was the class of the field today. It was a pleasure to race with him. To do as well as we did is a testament to the Cope Racing Team. All four Cope cars finished in the top 10 today, and that's a great day for us as a team."

Mike Skeen entered the race in title contention, with the defending champion switching his No. 1 Liqui/Moly/Turn 14 Distribution livery to a Dodge Challenger. Dicing with several drivers through the race, Skeen eventually placed third, 11.660 -seconds back. 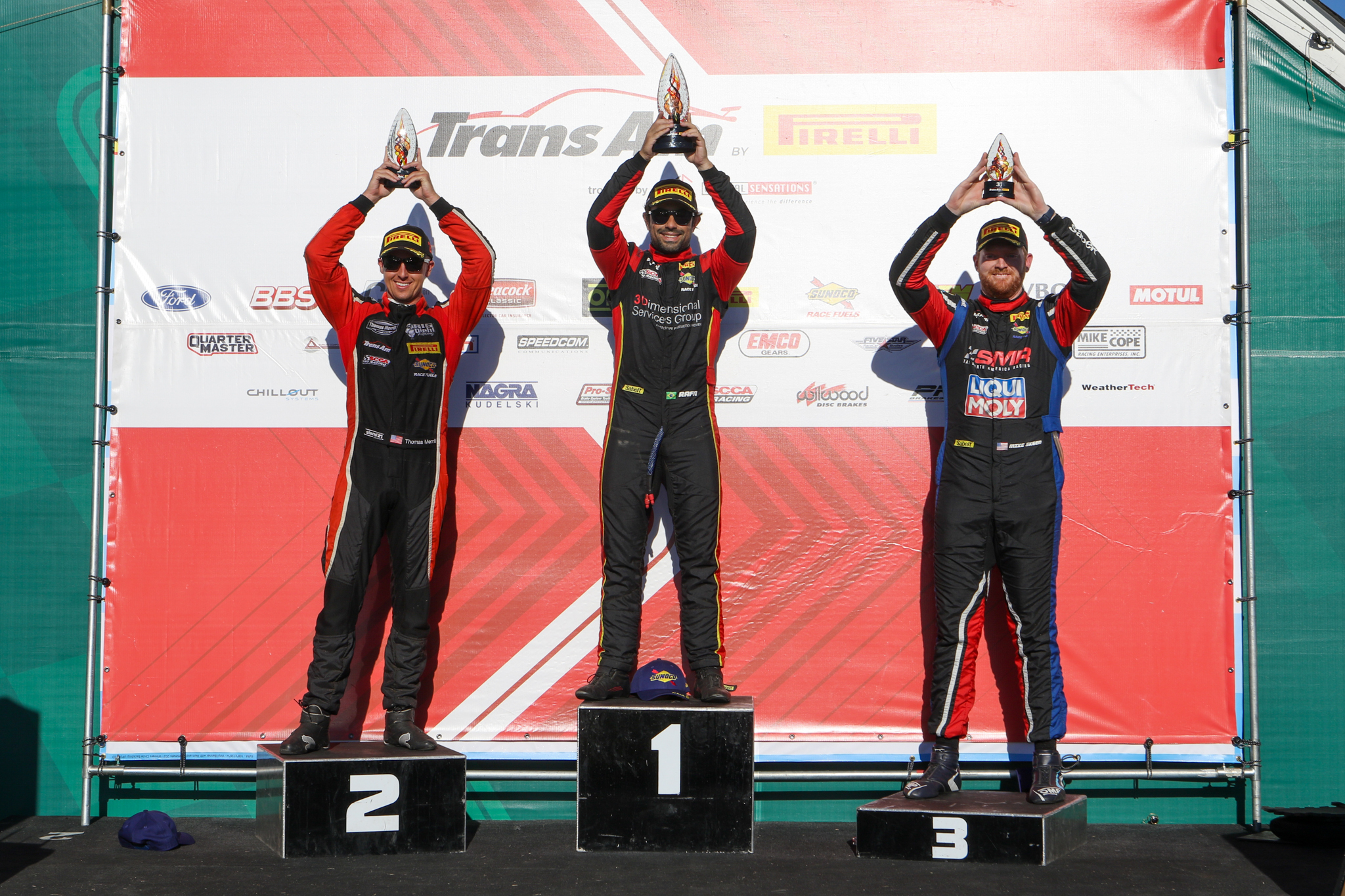 "Coming in with a new car we knew we had an uphill battle," Skeen said. "This weekend was tough learning the Challenger to get the most out of it. (Rafa) Matos is a great competitor, congratulations to the team on the championship. I am really happy for them, but we will be coming for them another day."

After leading the opening four laps, Zilisch began falling back into the clutches of the field, losing power due to a burned spark plug wire. He was eighth when he pitted under the lone caution of the race on Lap 15, while the team worked to correct the problem. He eventually went to the garage, returned for one lap, and finished 22nd.

Connor Mosack ran with the leaders throughout the race, but cut his right-rear tire in the No. 28 Nic Tailor/SLR Camaro and lost a lap in the pits. He came back out running third on the track behind Matos and Merrill, but finished 13th. 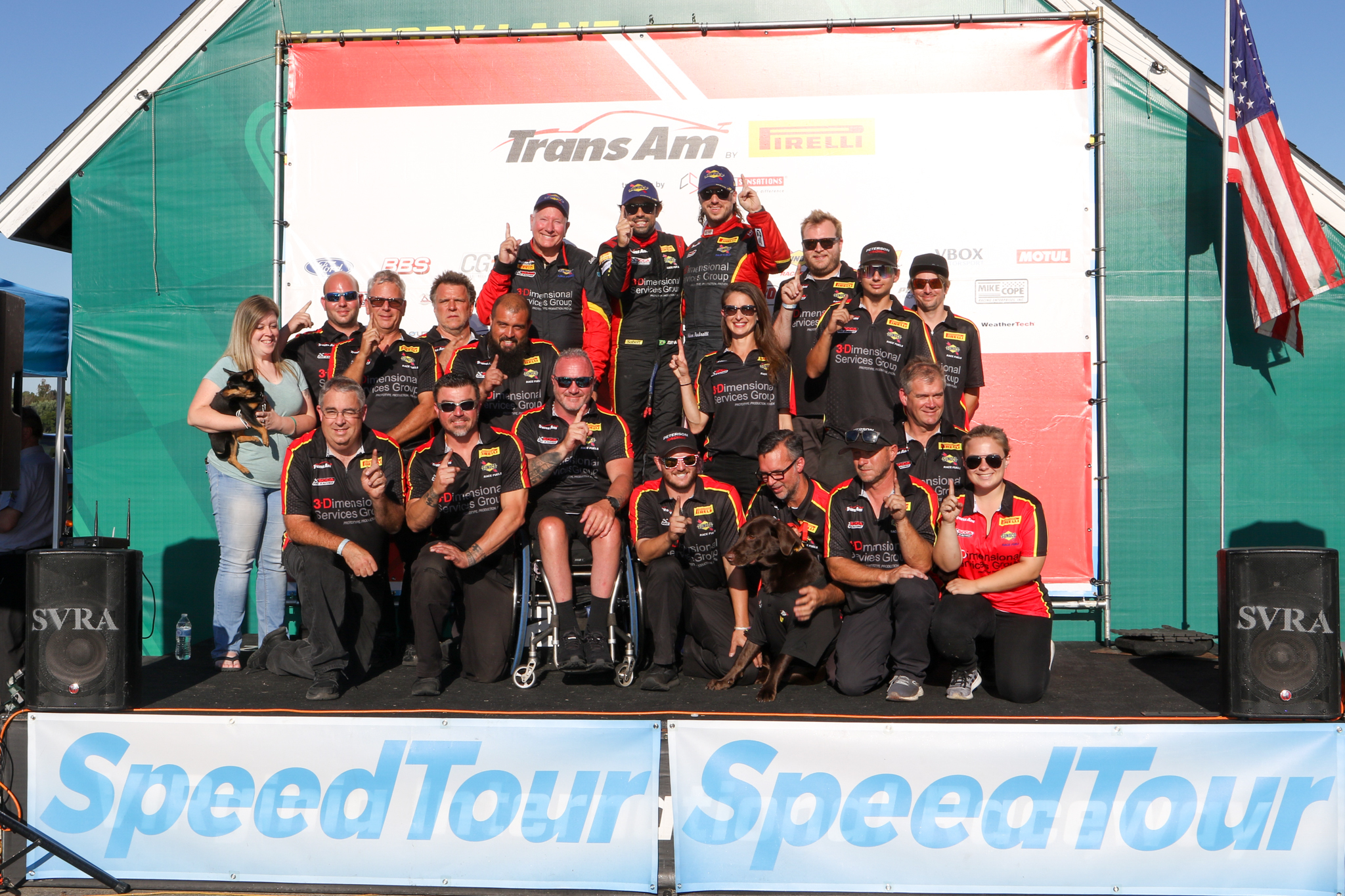 Michael Self was in position to match his career-best fourth before having problems in the final six laps in the No. 7 Sinclair Oil Corporation Camaro, hanging on to take 19th.

Next up will be the final race weekend of the 2021 campaign, set for Austin’s Circuit of The Americas on Nov. 5-7. The Trans Am Series presented by Pirelli West Coast Championship will hold its penultimate round at Utah Motorsports Campus Oct. 8-10.