Kicera Battles to A Podium in Brainerd 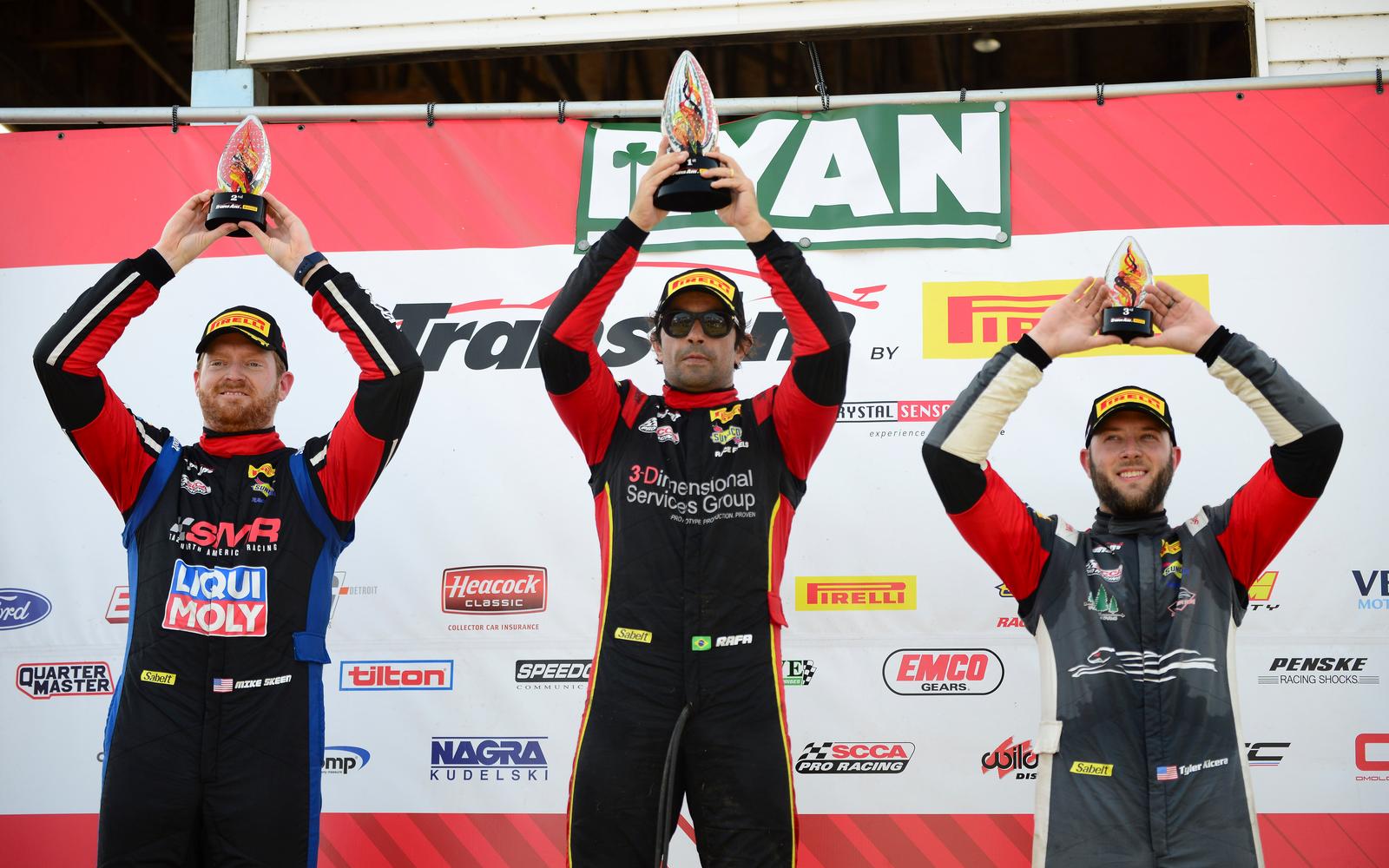 (High Point, NC) Silver Hare Racing made the twelve-hundred-mile trip north to Brainerd, Minnesota for this past weekend’s Trans Am series event. The team fielded TA2 entries for Tyler Kicera (no.75 Silver Hare Camaro), Michael Self (no.7 Sinclair Oil Camaro) and Maurice Hull (no.57 Silver Hare Camaro), unloading with Self and Kicera posting top-six testing and practice times.

The high ambient temperature and constant sunshine during the fifteen-minute qualifying session resulted in challenging conditions and low grip levels.  Self managed a P6 qualifying result, while Kicera struggled through a mechanical issue to P11 and Hull to P14.

Sunday’s forty-lap, one-hundred-mile, feature race was a combined event with five TA and eighteen TA2 cars.  Self ran in the top-four early, while Kicera quickly made his way from P11 to P6.  A full-course-yellow on lap thirteen lead to a restart, and an incident involving Self and the leaders in the first turn.  Kicera managed to pick his way through the melee and found himself in P2.  Struggling to find grip, Kicera lost the second spot to Thomas Merrill one turn later.  A subsequent restart ensued, and Kicera found himself battling the damaged car of Mike Skeen for P2 before Rafa Matos mounted his charge back to the front.  With Matos getting through, Kicera fell to P4.  However, on lap twenty-eight, Kicera took advantage of a bobble by Merrill entering the clover leaf section of the track to take over P3.  Falling out of reach of Matos and Skeen in the closing laps, Kicera hung on for his first podium finish of the season.

“That was such an intense race, and I am thrilled to cap off the weekend with a podium finish,” said Kicera.  “This was a new track for me.  Usually, I prep on the sim, but that wasn’t possible at Brainerd and I didn’t feel quite as prepared.  We struggled with an issue in qualifying, so all things considered, to come from where we did on the start, this result feel like a win for us.  Huge thanks to everyone at Silver Hare Racing, Howe Racing, Katech, PFC Brakes, Joes Racing Products, Magnus and Sabelt.”

Rounding out the rest of Silver Hare Racing, team owner Maurice Hull suffered a puncture on lap twenty, forcing a pit stop for a new tire along with additional repairs later in the race.  Quick work by the Silver Hare crew got Hull back on track and helped him secure a P14 finish.  Self was unable to continue after being involved in the turn-one incident, and retired after only eighteen laps in P18.

Up next for Silver Hare Racing is the stand-alone TA2 event on the streets of Nashville, part of the August 6 to 8, Music City Grand Prix weekend.  You can follow the action from Nashville on the Trans Am app and CBS Sports Network.  Stay tuned for dates and air times.