Drissi turned a best lap of 1:20-458-seconds on the 12-turn, 2.54-mile circuit in the No. 8 Lucas Oil Chevrolet Camaro for his eighth career pole but his first since Mid-Ohio in 2015. He edged Boris Said in the No. 2 Weaver Racing Technique/SRI Dodge Challenger by 0.062-seconds.

"I was trying to ring the neck out of it and I just didn't see that in the times," said Drissi. "I am really proud of the Burtin Racing Lucas Slick Mist guys, this is fantastic for the No. 8 car. We got P1, and we're going to celebrate tonight and enjoy it until tomorrow."

Drissi pulled over to let Said by late in the session, unaware that Said was looking to remain in his draft in hopes of a faster lap.

“I thought I got out of the way of Boris when he was trying to do that last lap on me, and he’s pretty upset,” Drissi said. “I’m pretty sure I moved way out of the line, but you know Boris, he’s a competitor.”

"The Technique/SRI Dodge Challenger was really fast today, and we were really close to Tomy (Drissi)," explained Said. "I cooled my tires off for one lap to go for it on the last lap. The first half of the lap I was really flying. Going into Turn 6 Tomy was going really slow on the in lap and was right in my line so it destroyed my lap. I was pretty mad after because I think these Weaver Racing guys really deserved the pole today, and I let them down. I should have spaced myself out a little better." 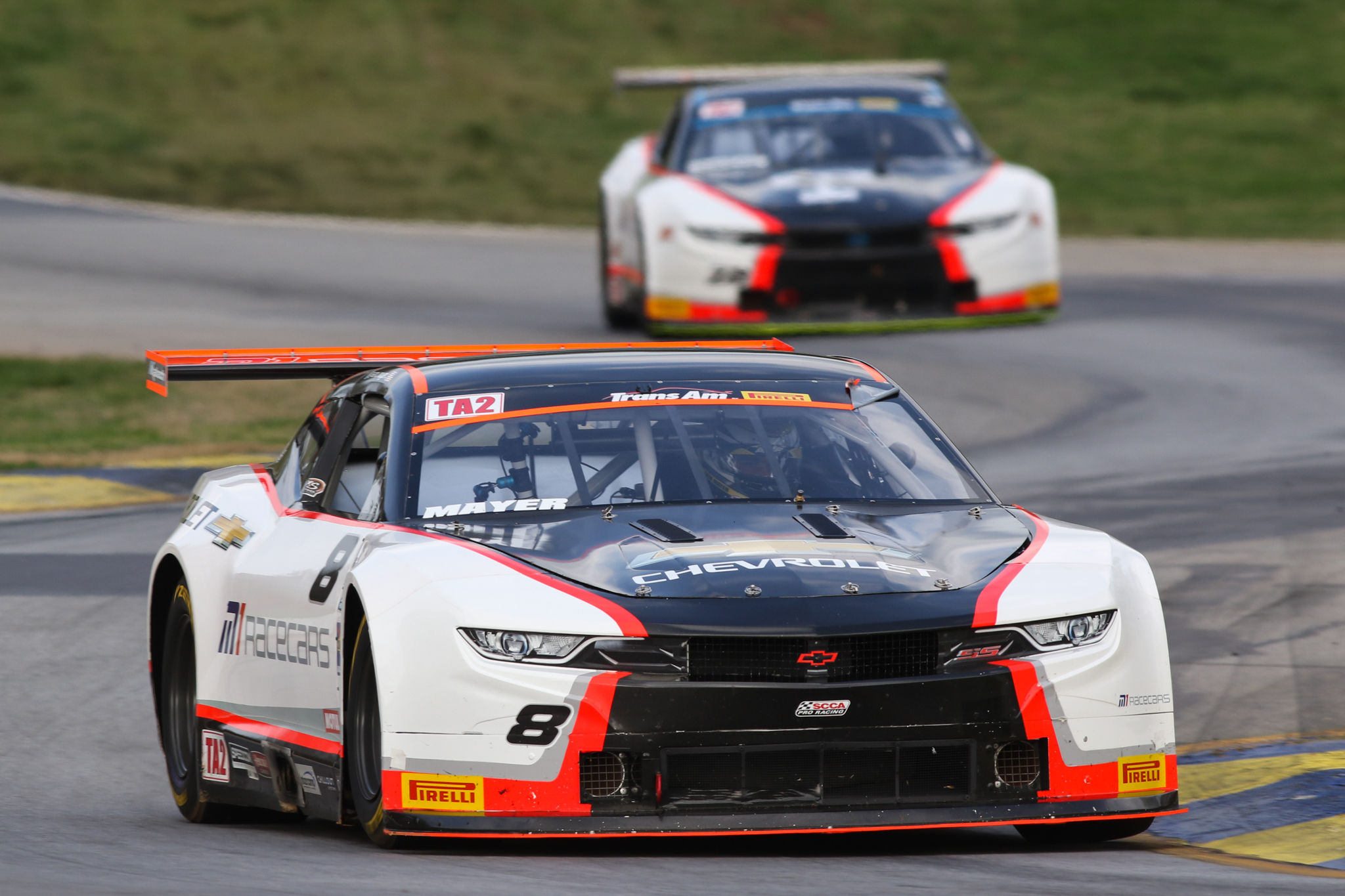 The TA session was black-flagged early for Chris Dyson, who got stuck in gear on a downshift and spun the No. 20 Plaid Ford Mustang into the gravel trap in Turn 1 before any of the drivers took a flying lap. Dyson was able to drive back to the pits, but did not return to the track as the team worked on the shifting problem, which is expected to be fixed for the race. Qualifying resumed with nine minutes remaining of the scheduled 15-minutes.

Sam Mayer nipped Franklin Futrelle by 0.009-seconds to capture his second career pole in four TA2® races The 17-year-old driver from Franklin, Wis., who drives for JR Motorsports in the NASCAR Xfinity Series, turned a lap of 1:23.923-seconds in the No. 8 M1-SLR/Fields Chevrolet Camaro.

"I pulled in early and was sweating watching the clock tick down," said Mayer. "The top two of us were separated by nine-thousandths of a second so it was really close so i was really anxious about that. It's awesome to get the pole. This opportunity is awesome at TeamSLR. They put together a good piece for us and hopefully I will go out tomorrow, lead every lap and take the win tomorrow.”

Mayer won the pole for his second TA2® start at Daytona in 2019. He finished second and won the TA2® class in last weekend’s debut of the Trans Am Pro-Am Challenge at Charlotte Motor Speedway.

Futrelle, who turned heads at Road Atlanta a year ago by qualifying third for his TA2® debut, came close with a lap of 1:23.932-seconds in the No. 58 Innoviv Ford Mustang.

"I am pretty happy with how we are doing, the B2 Motorsports guys prepared a good Ford Mustang this weekend,"  Futrelle said. "It's hard to be upset about second when the times were that close over a 2.54-mile track. The biggest difference between this weekend to when we were here in November is that we switched to a whole new shock package with JRI Shocks and have a new engine program with KTech and that's probably good for at least a second on our time.” 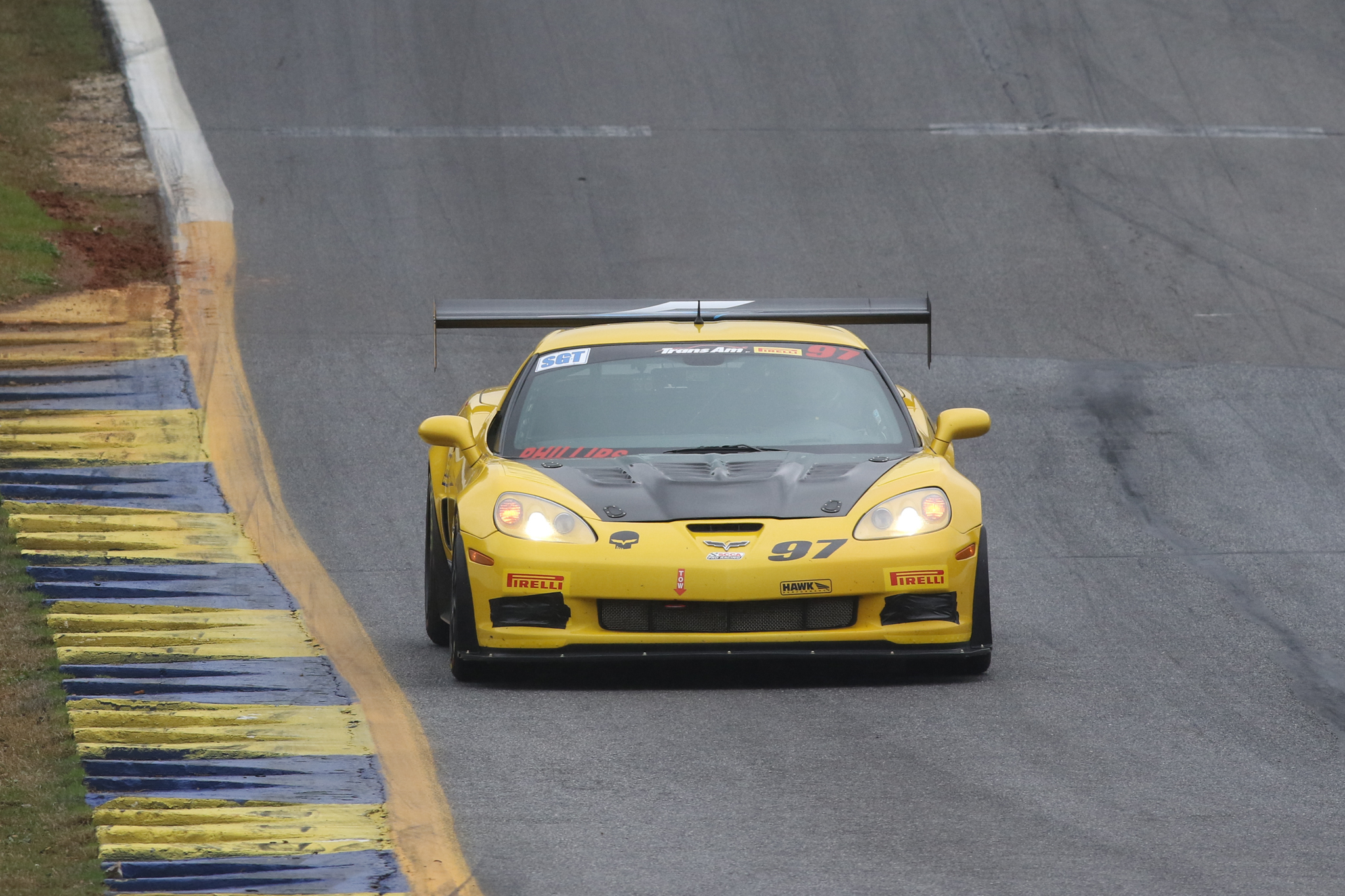 Michael Phillips won the SGT pole for his second start in the No. 97 F.A.S.T. Auto Racing Corvette, turning a lap of 1:27.112-seconds.

"We've been fighting pace all session," said Phillips, who spun at start/finish late in the session. "We were trying to push things a little bit and I pushed it over the limits in T12 and spun, but I am thankful that the car seems alright. We may have spotted a tire, but other than that we got lucky today.”

Lou Gigliotti was second (1:27.312-seconds) in the No. 28 G2 Motorsports Park Corvette, followed by Lee Saunders in the No. 84 Landsearch LLC Dodge Viper (1:28.988-seconds).
Billy Griffin, the 2020 GT champion making the move to GT, impacted a tire wall midway through the session in the No. 14 Griffin Auto Care Ford Mustang GT4. While the damage was cosmetic, the team is working on issues with the steering rack that it hopes to correct for the race. 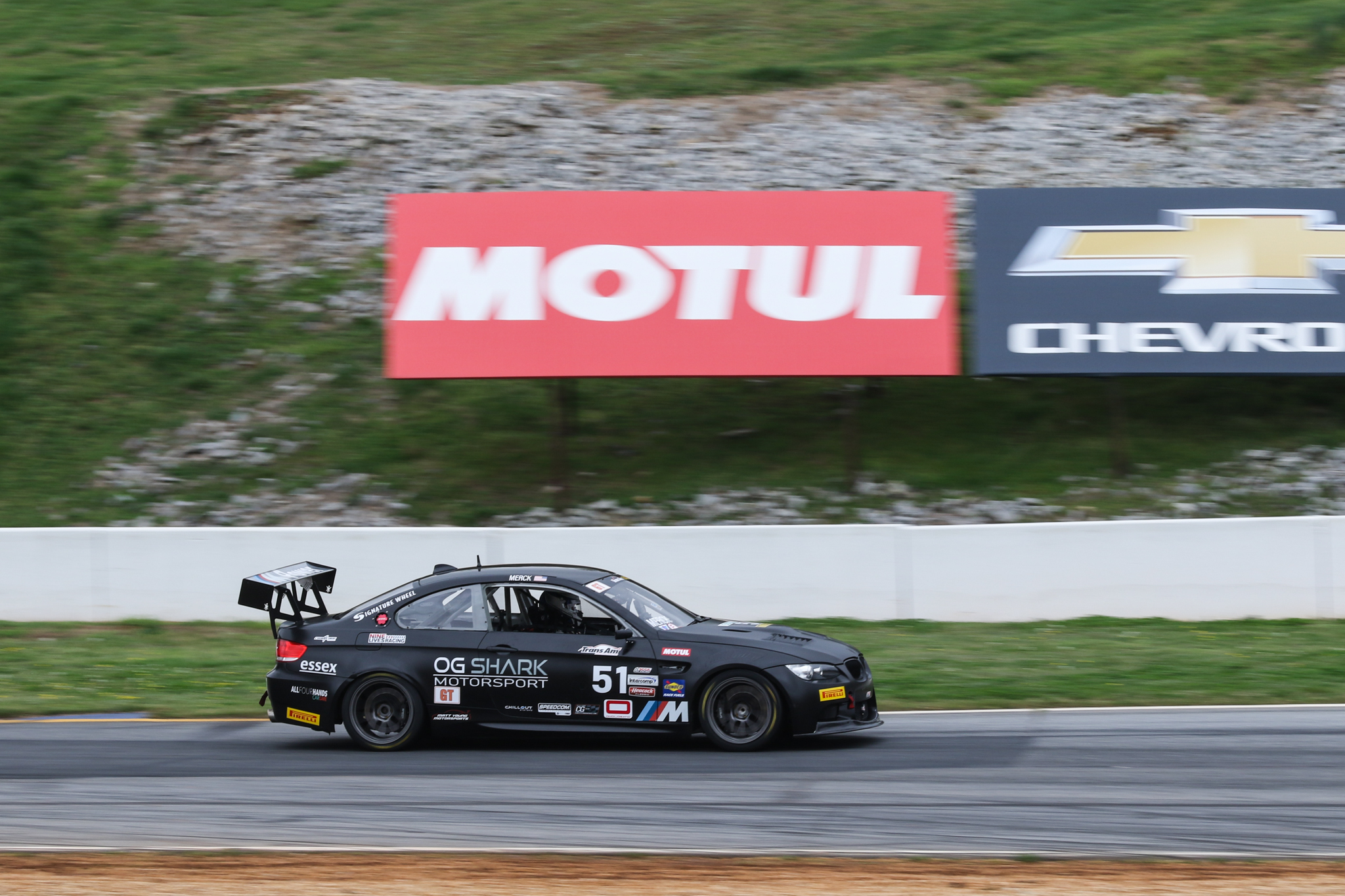 “I’ve been doing club racing at various levels for the last few years,” said the San Antonio driver. “I came to Trans Am because I wanted something more serious. This is my first time at Road Atlanta – it’s a awesome track. I’m building a new BMW M3 and hope to start racing it in SGT later this summer, and we hope to do a full year in 2022.”

To watch all the action live from the Atlanta SpeedTour weekend starting with qualifying, download and subscribe to the Trans Am by Pirelli Racing App: https://nagrasports.app.link/lIQjdAuxq7