CONCORD, NORTH CAROLINA (21 March 2021)- After a 21-year hiatus, Trans Am Series presented by Pirelli returned to Charlotte Motor Speedway for 100-miles of all green-flag racing on the track’s legendary Roval on Sunday. 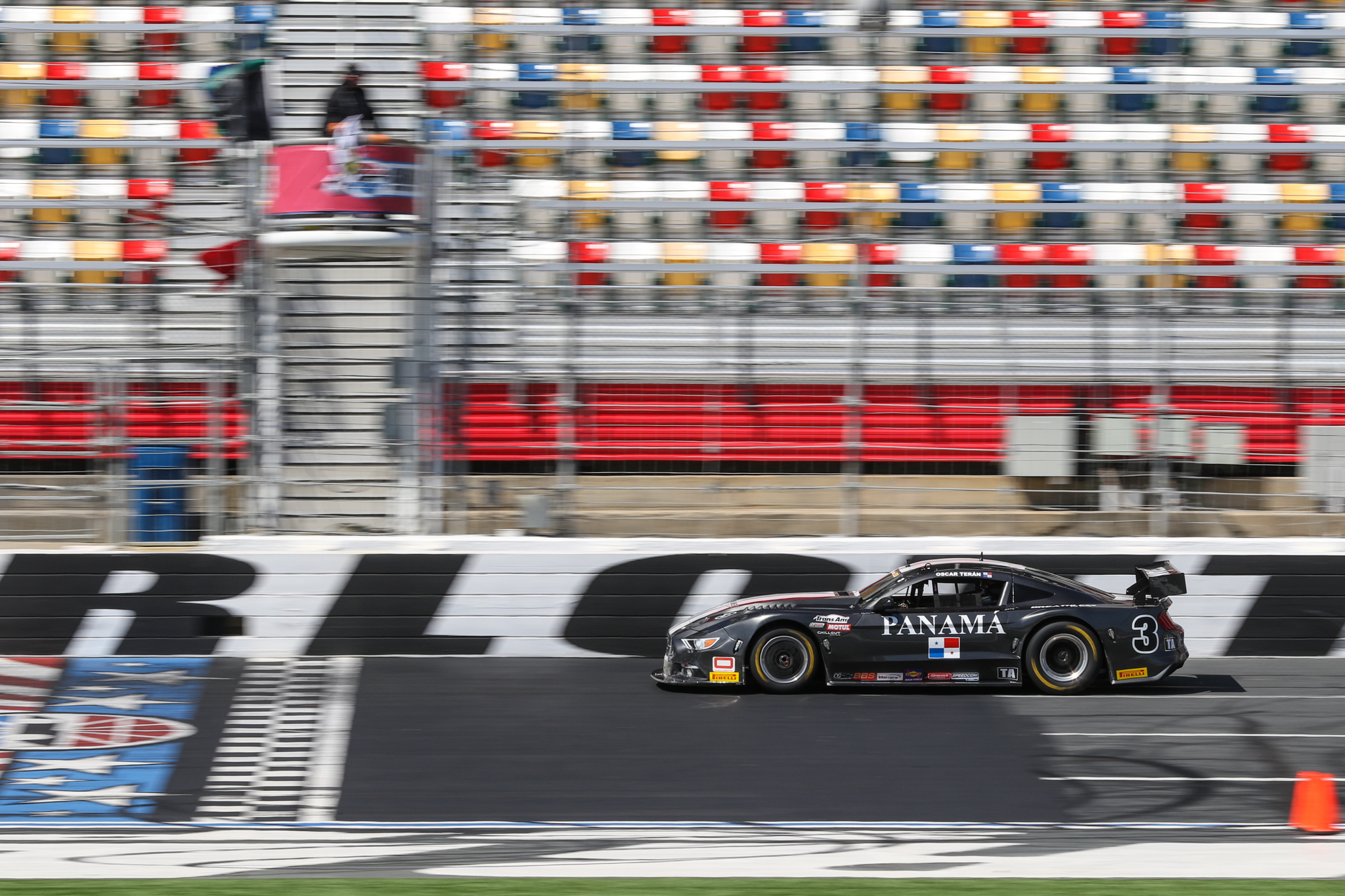 Breathless Racing driver Oscar Teran drove the No. 3 Ford Mustang from pole to claim his first victory in the inaugural Trans Am ProAm Challenge race. Teran started his motorsport career in 1997, earning championships in multiple disciplines across Central America. The Panama native has three Trans Am starts since 2015 and made the third one count with his run to victory lane.

“This is the first Trans Am race I finished, and to finish in the first position is great,” said Teran. “Sebring was a nightmare race for me and between races, the Breathless team took care of all the little details on the car and now I have a winning car. Thank you to the Breathless Racing team for putting in the hard work to get me on the top step.”

It wasn’t a straightforward run from pole to the top of the podium though as Teran had is work cut out for him on a very heated final circuit. Crossing the stripe with nearly a four-second lead, Teran hit mixed-class traffic on the last lap, allowing TA2® class drivers Sam Mayer and Ty Gibbs to close the gap on the more powerful Trans Am car.

On the final straight, once again Teran had to navigate around a slower class car, but was able to hold off the prowling future NASCAR stars, claiming the checkered just .246-seconds ahead of Mayer in the No. 8 M1-SLR/Fields Chevrolet Camaro.

Mayer edged out Gibbs by .222-seconds for a second-place overall finish and his first class victory. Gibbs in the No. 26 Mike Cope Race Cars finished third overall, and second in class. 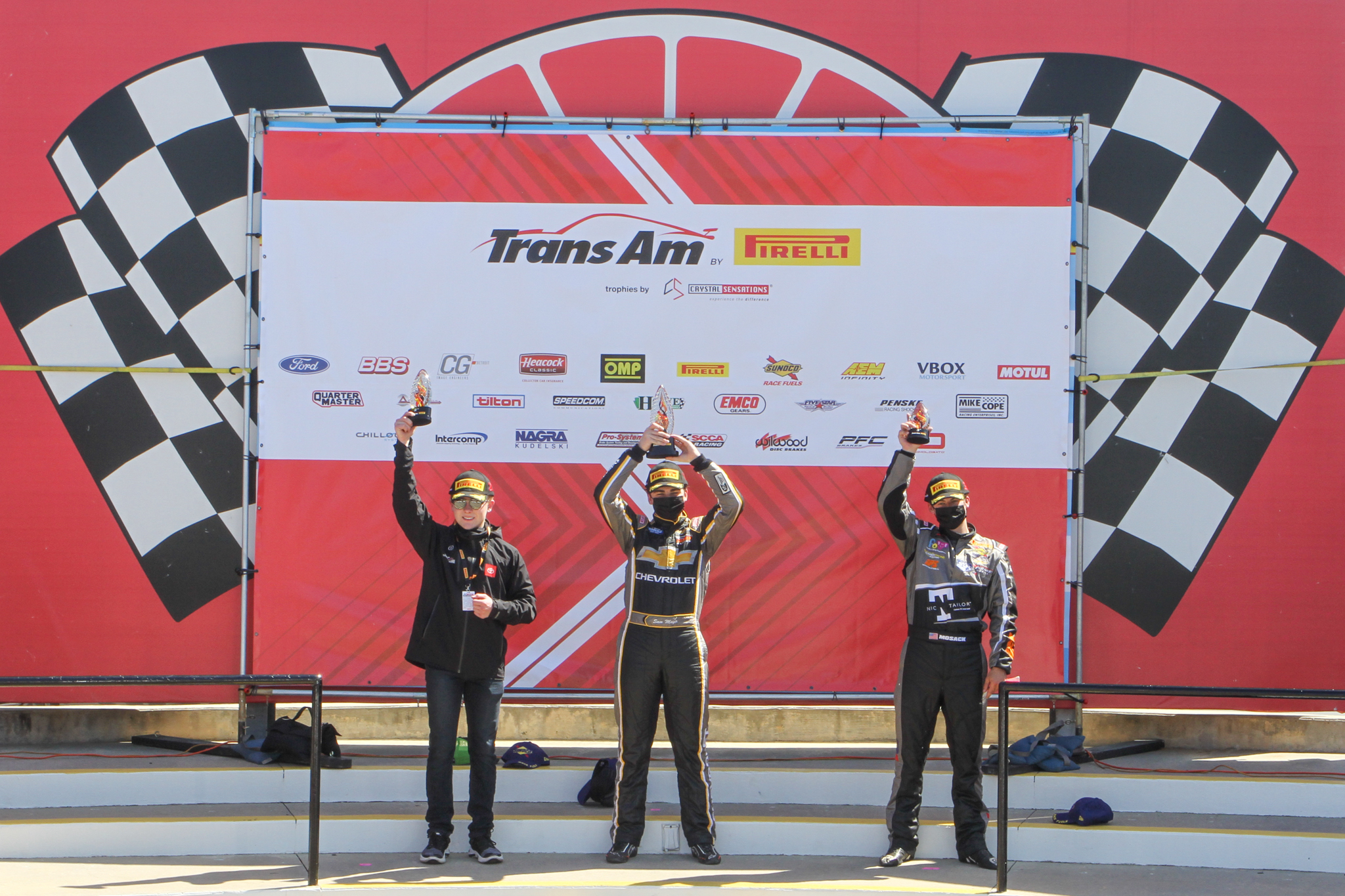 “We were trying to conserve tires the whole time to stay up with the TA car which was really fast,” explained Mayer. “I am really proud of our performance and I learned a lot from driving on this Roval. Ty (Gibbs) and I will be here later this year for the Xfinity playoffs, so he and I will have another fun battle doing that. Hopefully I will win again.”

Conner Mosak (NicTailor/IFS M1-SLR/Fields Chevrolet Camaro) did not turn any qualifying laps on Saturday and started in nearly last place. Charging through the field, Mosak made up 11 positions to finish fourth overall and third in class for TA2®. 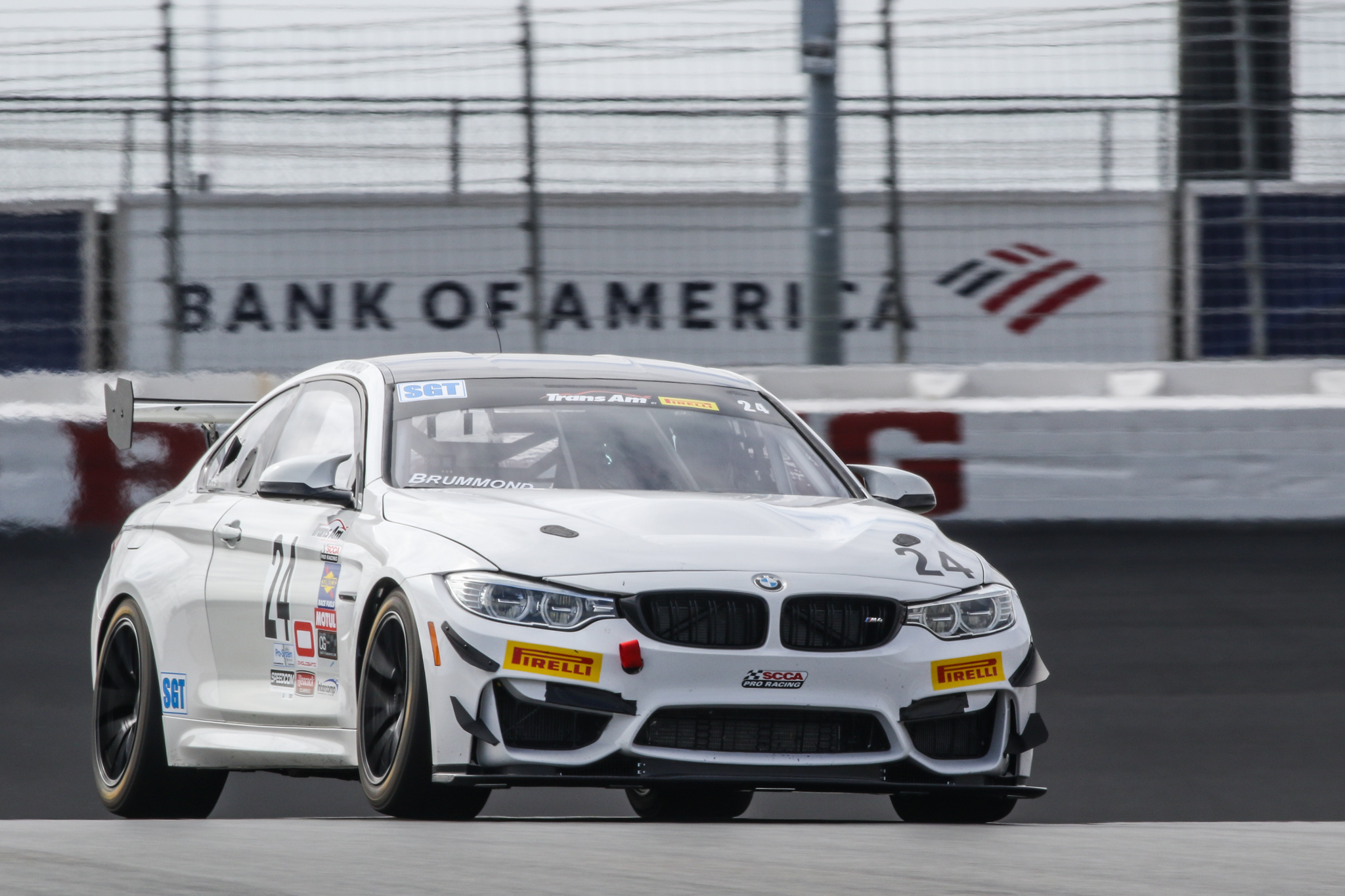 “This car got wrapped up at CoTA last season so we wanted to get some laps in before next week’s round at Road Atlanta,” said Brummond. “We decided not to run on stickers, these Pirelli tires have about five hours of race wear. The car held together and the racing was fun, and that’s what we came here to do.”

Both driving for Silver Hare Racing this weekend, Burton and Jones started from the back of the field since they did not turn qualifying laps. Running in tandem, the pair cut through the field, making up a collective 19 positions to finish fifth (Burton) and sixth (Jones) overall.

With a quick turnaround, the Trans Am Series presented by Pirelli returns to action next weekend (March 26-28) for Round 2 at Michelin Raceway Road Atlanta. The weekend will be live streamed exclusively on the Trans Am by Pirelli Racing App. Download and subscribe: https://bit.ly/2Z9IJKq