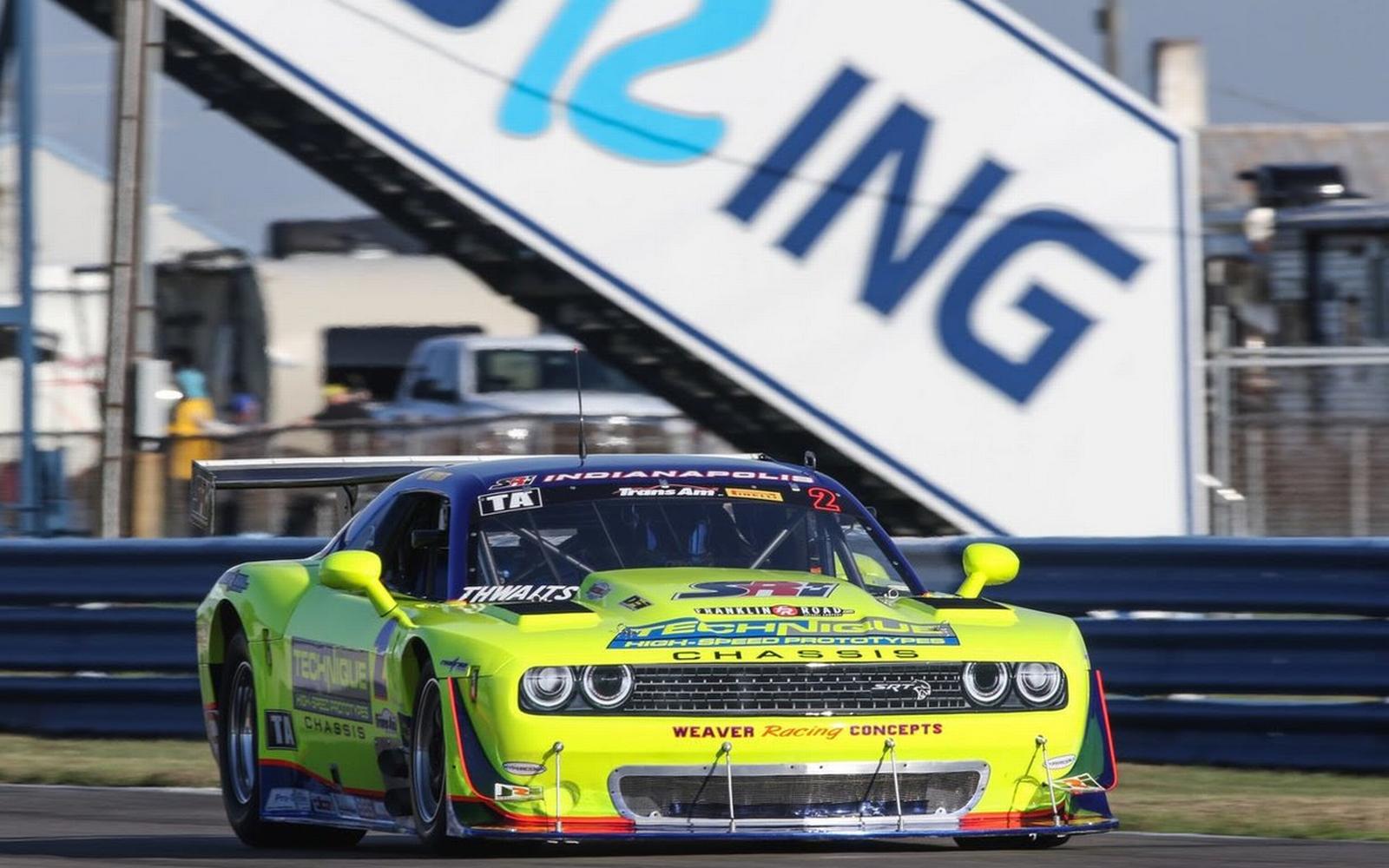 Sebring, FLORIDA - February 23, 2021 - The 2020 Trans Am XtremeGT Class Champion Ken Thwaits faced his toughest test yet in the iconic muscle car series just this past weekend on February 21 at Sebring International Raceway in Florida. The Tennessee pilot lined up on the grid for the first time behind the wheel of an 850bhp Trans Am TA Class car. He couldn't have picked a harder place to make his debut, with the Sunshine State track known for its bumpy surface and difficult handling conditions. In the event, Ken did well to steer the No. 2 Franklin Road Apparel/Weaver Racing/MRI Dodge Challenger into P8 in class and pick up 18 Championship points in the process.

"It was great to get a full race distance in. It gives me a chance to really assess the tire wear and the brake wear to find out how the car changes during the whole race," said Ken as he climbed out of the cockpit of the bright yellow Pancho Weaver Dodge. When asked what he'd gleaned from the experience he added, "I learned that I can't go to my typical braking marker 100% of the race because I end up going off at the other end! I went off at the hairpin a couple of times, but we kept it clean. It's a learning experience."

There were inevitably perhaps some teething issues with the enormously powerful Mopar derived racecar, which had benefited from a new engine the night before courtesy of help from friend and competitor Adam Andretti, however the team still fought some issues on race day.

"The motor was running really rough after Dave Pintaric went in. It was shaping up at the beginning to have a really good race. Then he pulled in and I was by myself for a while and the motor started to sound like something wasn’t right. It was a brand-new engine we changed last night so I thought I had better stop in the pits and not blow this thing up. We reset the electronics and off we went again, and the motor ran fine."

As to how the race developed, he added, "It's funny how things go through the course of the race. You just start to feel in the zone even though you're doing 177 down the straight. We only finished tenth [overall] which is disappointing, and we probably should have finished seventh, but we had to pit, and that's what cost us so that's okay. It was beneficial to sort it out and then go out for the rest of the race."

In a race where Ken posted a fastest lap of 2:07:825, he went on, "I really expected the leaders to catch me a lot sooner than they did so that made me feel good, especially since we had to make the pit stop. We're running decent times. I'll go to bed tonight and have it all sorted out by the morning!"

Terrific teamwork was what got Ken through the weekend and he was quick to offer due praise where it mattered, "The biggest thing was how both teams came together, and the help from Adam Andretti's team with the engine working to the wee hours of the morning - otherwise we'd have been done. Pancho's guys and my guys really worked brilliantly together. They want to race, I want to race. Others might have decided they'd had enough but these guys really were focused and committed on getting the job done."

Finally, Ken paid tribute to the unique and very special atmosphere of Trans Am, "The paddock here is so welcoming, the management is so welcoming. That's why I love Trans Am and I love racing here. Anyone with a different opinion really needs to come and check it out."

We look forward to seeing Ken next at Road Atlanta in March. In the meantime, visit the team’s website for Showtime Motorsports showtimemotorsports.net. Learn more about the Showtime Motorsports team partner, Road Apparel, at franklinroad.com and keep up to date with the Trans Am Series presented by Pirelli at gotransam.com. #GoTransAm