Starting Last, Dyson Charges to Trans Am Victory at Sebring 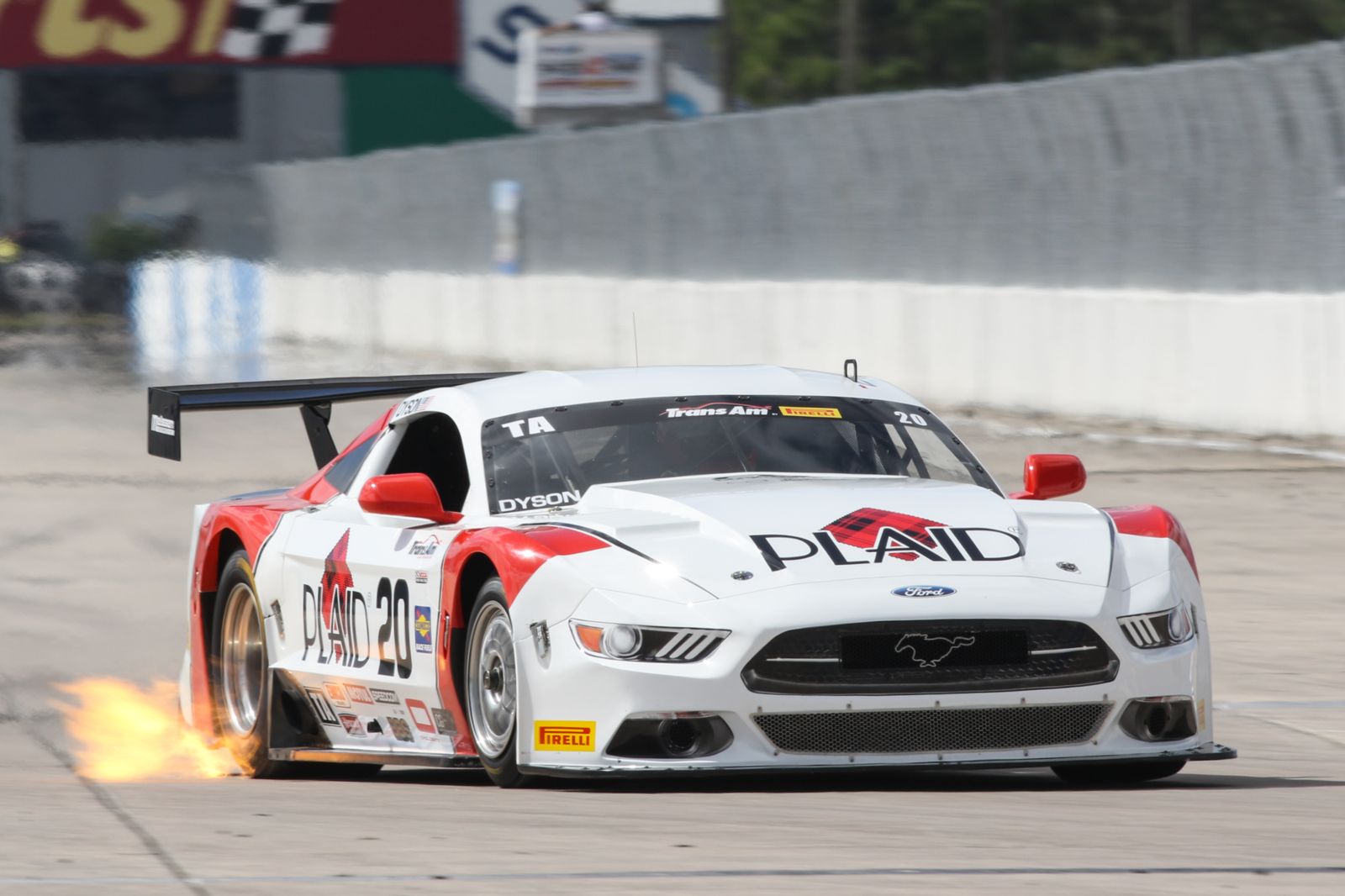 Electing to change Pirelli tires before the start, Dyson gave up his second-row grid position and started at the back of the 22-car grid. Undeterred, he charged through the field in the No. 20 Plaid Ford Mustang for his seventh-career TA victory in the caution-free event.

"Coming down and fighting with Ernie (Francis Jr.) is why we come here to race, he and I both come here and use each other as a benchmark.," Dyson said. "The good Lord was looking down on us today, I am so blessed to be here. I've been down here for a week trying to prepare. I miss my family and I’m just happy to bring a win home.

"We didn't have much of a choice after yesterday's qualifying other than to change the tires and start from the back," explained Dyson. “I was hoping for a yellow, but it never came, so I just had to drive my head off.” 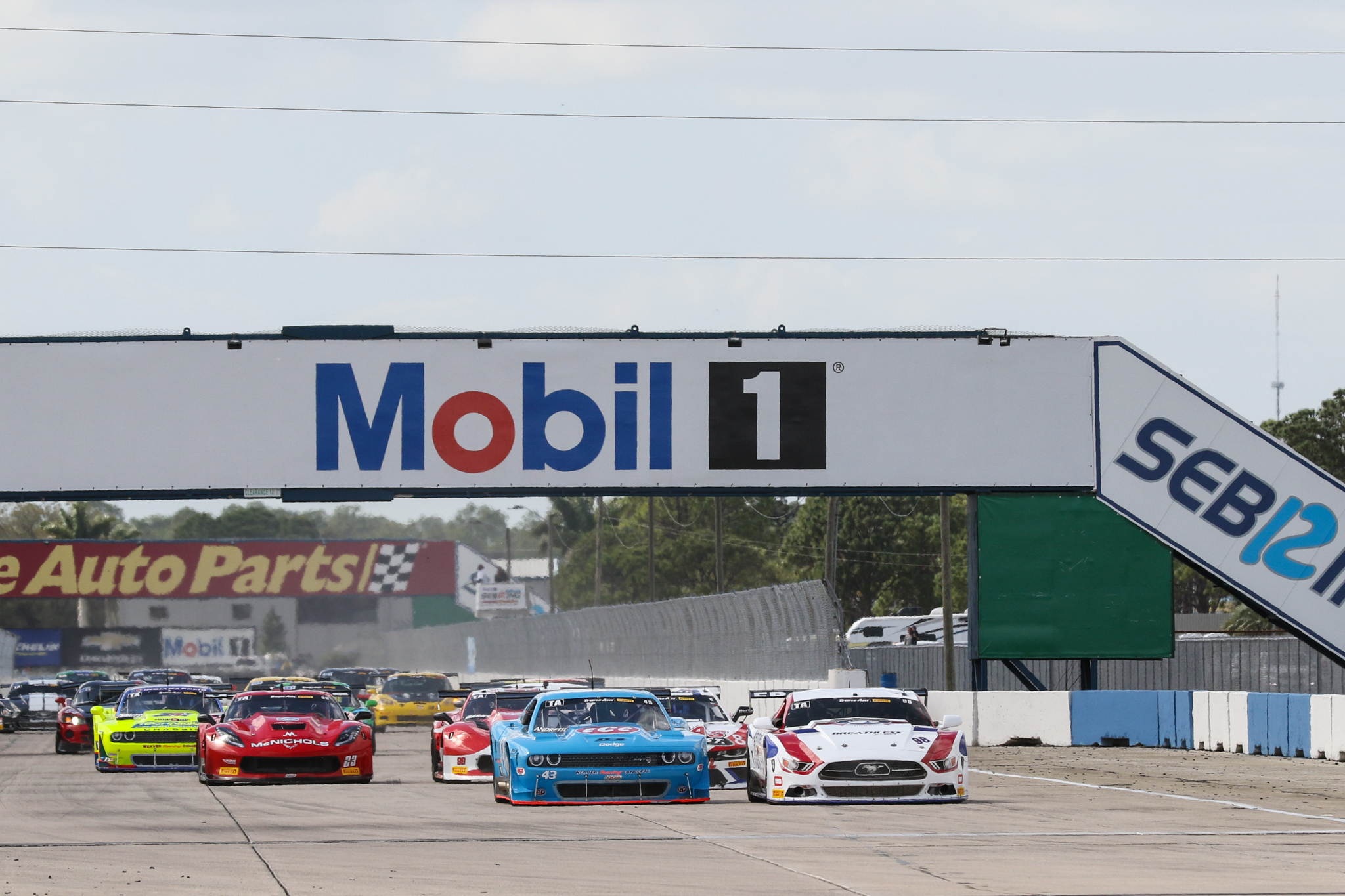 Francis Jr. led nearly all the way in the No. 98 Future Star/Breathless Racing Ford Mustang to begin his quest for an eighth-consecutive Trans Am title. Francis Jr. held off relentless pressure from both Tomy Drissi and later Dyson before finishing second, 0.659-seconds back.

"It was a really hard-fought battle with Chris Dyson out there," said Francis Jr. "It's always disappointing coming in second after leading most of the race. I have to thank my Breathless Racing team. They gave me a great car all weekend and we barely had to do anything to the car between sessions, it was there and it was on point all weekend. A little mistake by me in the race allowed Chris to get by, and I just burned up the equipment during the race. I will have to work on that for the next one."

Adam Andretti finished third in the No. 43 ECC/Anchor Bolt & Screw Dodge Challenger, in the thick of the battle throughout the race before falling back with ignition box problems.

"We had a good starting spot, got right up behind Ernie (Francis Jr.) at the beginning, but made a few mistakes early on," said Andretti. "Through it all we ended up with an ignition box failure the entire race. The dashboard was going crazy the whole time with the lights, so we were really just nursing it home at that point. 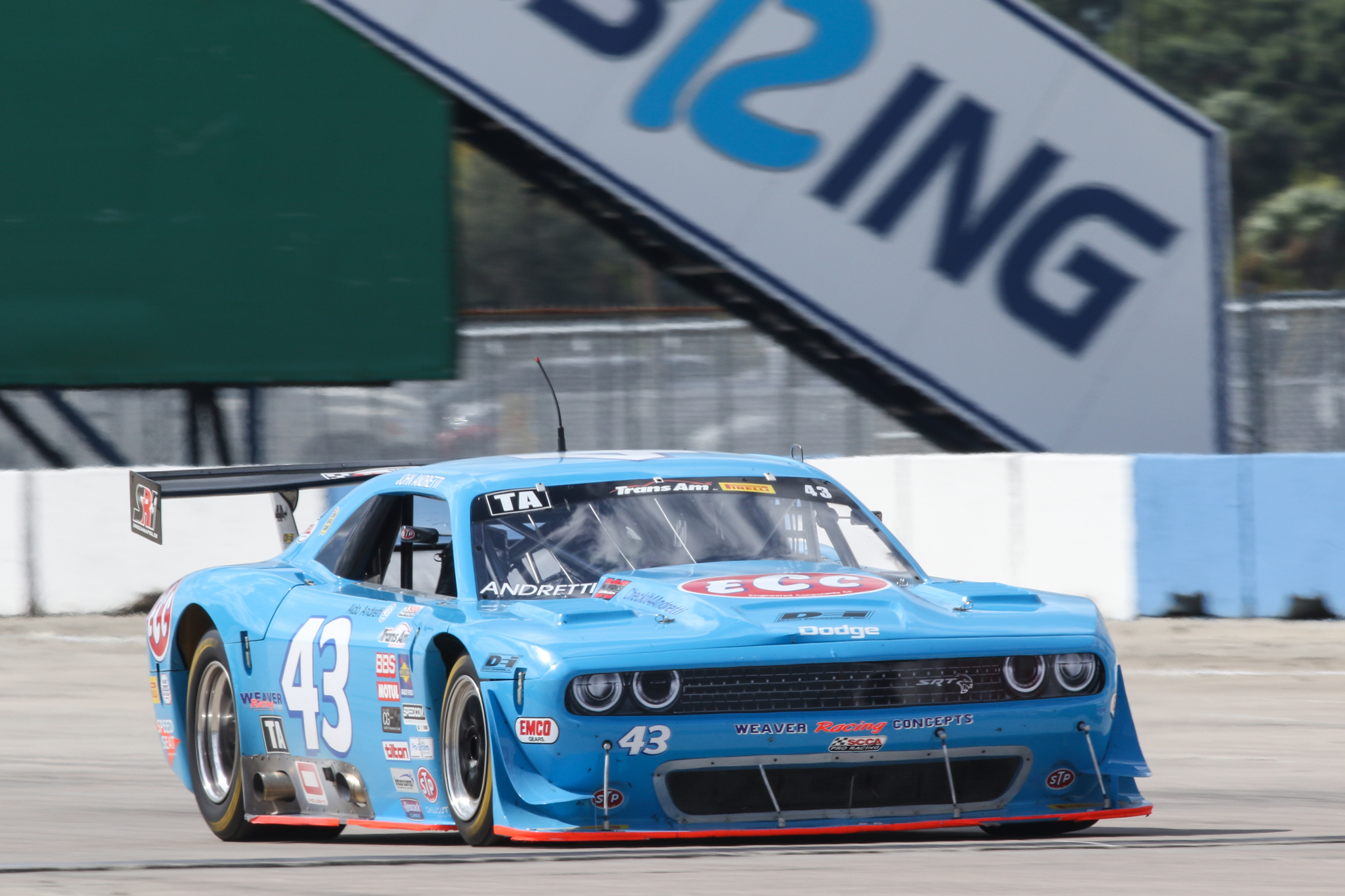 "I had a great time coming out here and being with my Trans Am family," Andretti said on the podium. "Racing with these competitors, there's nothing like it. They are true professionals, true champions, it's really a blessing. We are always out there racing for my dad and my brother. I love those guys and really miss them.”

Francis pulled away at the start, but Drissi began trimming the lead in the No. 8 Lucas Oil Chevrolet Camaro. Drissi managed to briefly pull ahead at the start/finish line with 10 laps remaining, but Francis retook the lead in Turn 1. Two laps later, Drissi spun in Turn 5 – costing him two positions and 30 seconds.

Dyson had taken third from Andretti moments before the Drissi spin and was 4.275-seconds behind Francis Jr. He nosed ahead with three laps remaining but spun, putting Francis Jr. back out front. Dyson didn’t lose much ground and continued the charge, regaining the lead on the final lap.

Justin Marks took fifth in the No. 99 Ave Motorsports, followed by Amy Ruman in the No. 23 McNichols Co./Cornertech/CNC Solutions Corvette.

In SGT, Justin Oakes took his second victory in three races driving the No. 11 Droneworks Corvette.

"I had a blast out there," said Oakes. "The whole team came together to give me a beast of a car. We made a lot of changes to it going into this race. We didn't get any testing done because of the conditions in Texas (COTA), but we showed up and everything worked great. I want to thank my competitors. I came to this series basically to race with guys like Lee (Saunders) and Mike (Phillips) and everyone else, and had so much fun doing it."

"It was awesome running with Justin (Oakes) today," Saunders said. "We had some really close battles and he raced me super clean, so I really have to thank him for that. It's going to be a really fun season."

Phillips took third in his Trans Am debut, driving the No. 97 F.A.S.T. Auto Racing Corvette. Aaron Pierce was in position for a podium finish before losing oil pressure with nine laps remaining.

Fourth-place finisher Lou Gigliotti was the Masters winner in SGT. He blew the head gasket in his 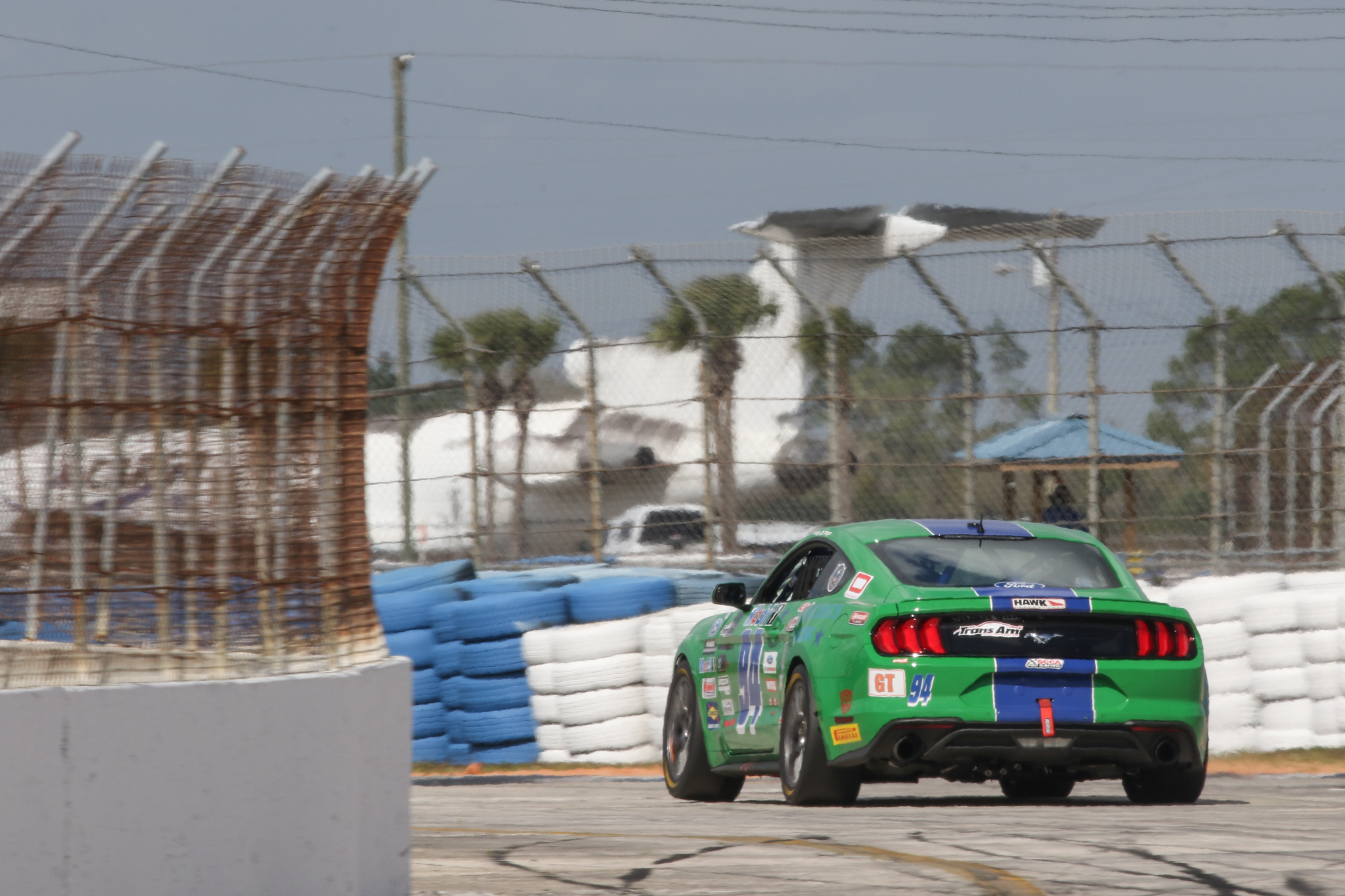 No. 28 LG Motorsports Corvette during qualifying. His participation was doubtful when his team could not find a spare part. Fortunately, a late-night search ended at a local junkyard where a Corvette was found and the needed part was procured.

Philip Di Pippo topped the podium for the GT class in the No. 94 Sasco Sports Ford Mustang.

Round 2 for the Trans Am competitors will be the Atlanta Speed Tour, March 26-28 at Michelin Raceway Road Atlanta. The race will be exclusively live streamed on the Trans Am by Pirelli Racing App. (Click to Download and Subscribe)