and cancelation of races

Champion stories from Trans Am to you

Coming back from a three-race break early in his final Trans Am Series presented by Pirelli campaign, Billy Griffin won three of the four races, locking up the GT driver’s championship in the final weekend of the season at Michelin Raceway Road Atlanta.

Griffin opened the year by finishing second at Sebring International Raceway. Unfortunately, the COVID-19 shutdown then forced him to the sidelines.

“My business takes priority, and with COVID I had to pay more attention to business,” Griffin explained. “It doesn’t pay for anything without work, so we didn’t go to some of the races. We really wanted to go to Mid-Ohio and Brainerd – hopefully, we’ll be able to go to all of them next year.”

Griffin came back for the doubleheader weekend at Virginia International Raceway. He scored his first career victory on Saturday before finishing second on Sunday, and then won from the pole at Circuit of the Americas. He ended his title chase with a flourish, sweeping both rounds at Road Atlanta from the pole. (Watch Griffin take pole at Road Atlanta) 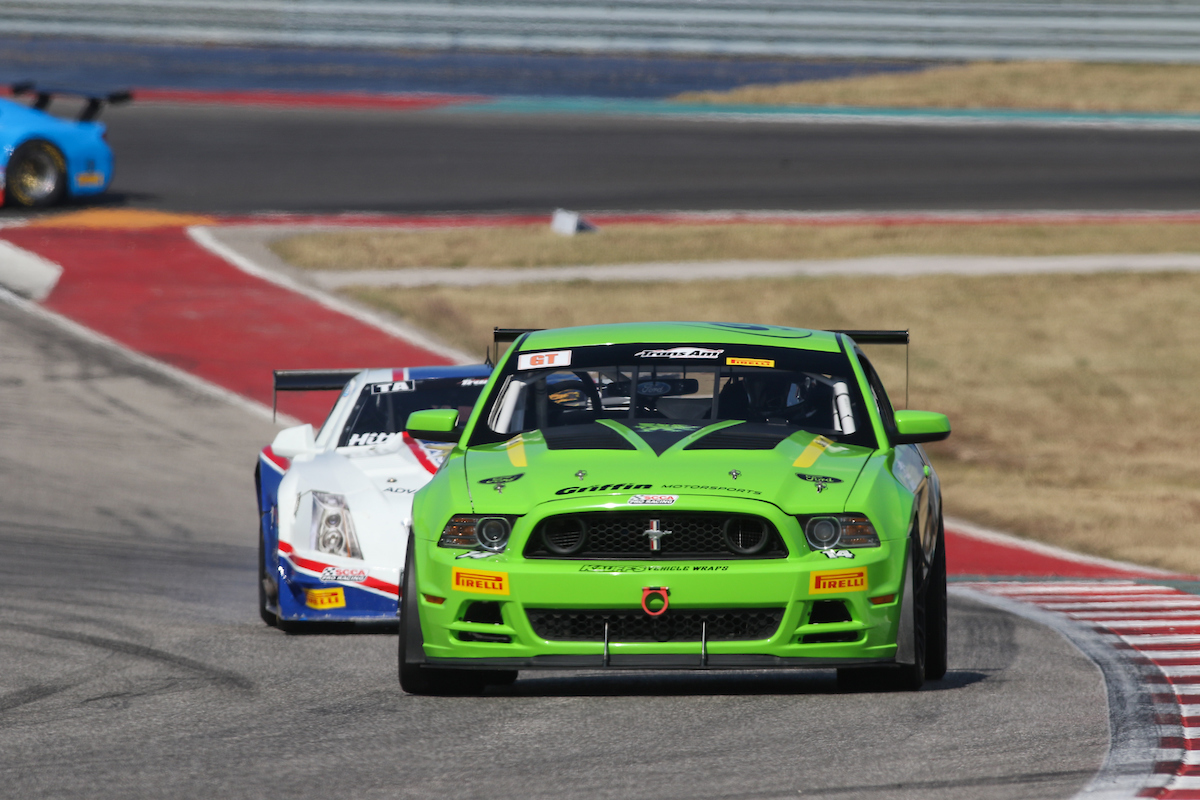 “It’s been really fun,” Griffin said. “The car’s been wonderful, and the help that we’re getting has been great. When we’re at the track, we try to be really focused. We try to bring a really well-prepped race car. We don’t have a lot of stuff on our trailer – like extra transmissions and stuff like that – so we want to have the car as race-prepped as possible when we get here.”

Griffin also trailers a pair of cars for his crewmen Jeff Lindstrom and Hugh Boocher, who drive in SVRA competition.

Prior to Trans Am, Griffin raced his Ford Mustang in NASA and SCCA club events.

“We had some good races in NASA, and SCCA was a lot of fun,” he said. “We had some good events with really good racers. My goal is to drive a TA car, a TA2® car, and I’m loving it so far. I figured I’d get started in the grassroots part of it in the GT class, and then go from there. I like the competition in the class. I’d like to see more of the grassroots cars – the stick shift cars – out with us as well.”

Following his end of season success, Griffin also earned Rookie of the Year honors in his class.

Fans can watch Griffin and the rest of the production class- XGT, SGT and GT- in action on CBS Sports Network’s Trans Am Year in Review special December 27 at 1:00 p.m. Eastern. The first episode (which features the TA class) airs this Sunday (December 13) at 4:00 p.m. Eastern.