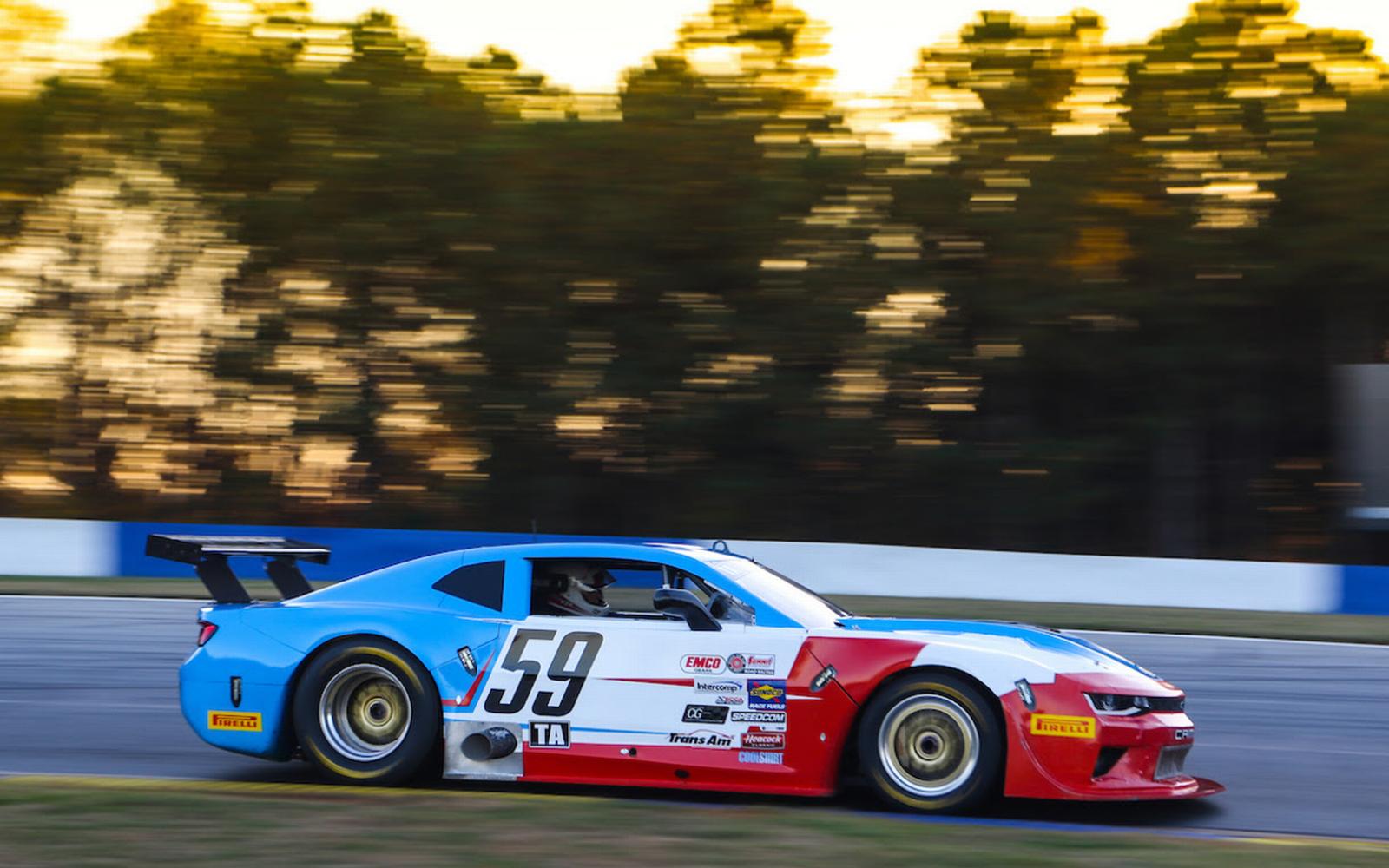 Atlanta, GEORGIA - November 23, 2020 - Perfect weather at Michelin Raceway Road Atlanta the weekend of November 21 and 22 saw Simon Gregg round off a fine season in the Trans Am presented by Pirelli Championship with two finishes in the TA Class that saw him finish in P5 overall in the Drivers Championship out of 25 contenders. In a busy and eventful season, Simon managed to stay active on track and busy driving in spite of the current situation, he also became the inaugural XtremeGT Class West Coast Champion driving the AMG Mercedes-Benz GT3. Meanwhile, the No. 59 Derhaag Motorsports Chevrolet Camaro he has been piloting in the national championship has been stunning this season and it's a testament to Simon's experience and skill behind the wheel that he's scored points in every race.

Simon's weekend at Road Atlanta began with a time of 1:24:490 in the first test session, a time he lowered to 1:23:616 in official practice. Qualifying saw Simon notch a time of 1:25:597 for P7 on the grid for Saturday's race, the same position he filled at the checkered flag. That result saw him and Amy Ruman go into Sunday’s all-classes race on level pegging with 172 Championship points and Chris Dyson just behind them on 167. Chris, however, had pole position for the 43 car, high noon showdown, having posted the fastest lap in Saturday's race in spite of an early retirement. Chris ended up leading the all-class race from start-to-finish, enabling him to leapfrog both Simon and Amy to claim third spot in the Drivers Championship behind Tomy Drissi and winner Ernie Francis Jr.

On Sunday, Simon started in P8 on the Trans Am grid, the same place he finished and just one place behind Amy, who claimed 4th overall. The two races at Road Atlanta were numbers 201 and 202 for Simon, who in addition to winning the West Coast XGT Championship, was honored at Circuit of The Americas for registering 200 Trans Am starts - a mighty achievement. We spoke to the Florida based wheelman after the racing as he reflected on the season.

"The results this weekend were perhaps not quite what we were hoping for, but in all it's been a great year considering the difficulties we've all faced. To finish in P5 in the Championship is slightly disappointing because I came here in a podium position, but Chris Dyson is very fast and he won a great race today." Of his season-long battle with old rival Amy Ruman, the 2012 Trans Am Champion added, "Amy and I have been very closely matched all year and had some great races together. This weekend she just had a little more speed than me and so she's crept past me in the Drivers Championship for the National Series!"

"It's great that we were racing at all this weekend" he went on, "So I’d like to give a special thanks go to John Clagget and his team. I'm looking forward to next season already!"

So are we! Trans Am have recently announced a terrific looking schedule for 2021 and Simon will no doubt be competing once again at the forefront of America's legendary muscle car series. #GoTransAm

Download the new Trans Am App and watch the race events live from the Google PlayStore or Apple, click here.