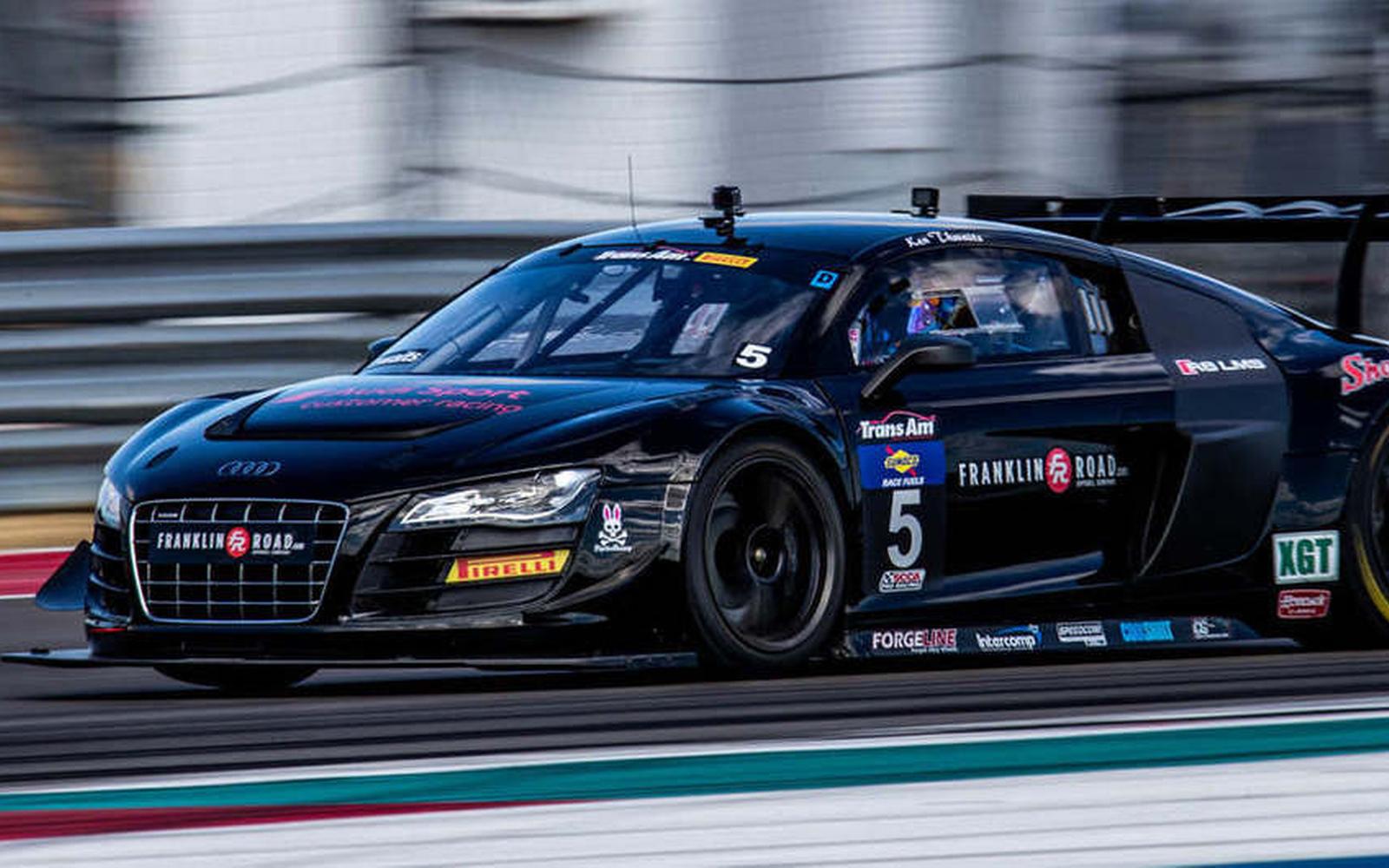 Austin, TEXAS - November 11, 2020 - Another terrific result for Ken Thwaits in the XGT Class of the 2020 Trans Am presented by Pirelli season means that the Tennessee based driver is now closing in on the inaugural XtremeGT Class Championship. His 27 point haul for finishing runner up on Sunday means he has now amassed 218 points in his quest for the title, 68 ahead of Erich Joiner, his nearest rival.

Round 7 of the rearranged season took place at the Formula One grade Circuit of The Americas just outside of Austin, Texas and it saw several newcomers to the budding XGT field. Hence the weekend was far from plain sailing for Ken, who benefitted from the late retirements of two of his competitors. Dan Knox, driving an AMG GT3 Mercedes and competing in the class for the first time, was forced into the pits on lap 20, promoting Ken to the podium and tenth overall from 24 starters. Then on lap 23, Ken moved up another spot when Justin Oakes lost control of his Chevrolet Corvette at Turn 19.

Ken is nothing if not honest and realistic when he spoke to us after the race about traffic issues on the track, "It was hot and we didn't really have a big split start for whatever reason. I guess they need to fix that because we were on the backmarkers of the TA Class within two laps. You're trying to keep up with the leaders and then get stuck behind the bigger, faster cars down the straight - but they park it in the corner."

He went on, "It is part of racing and the leaders have to go through those guys too. Kerry Hitt and myself were racing each other even though we're not the same class and it was fun."

About the result Ken added, "Hey, we hung around consistently and we came in second. That's the first thing. You've got to start the race and then you've got to finish the race! We were behind all weekend. We were not fast all weekend, but we'll take second place points towards the Championship."

Ken Thwaits' No. 5 Audi R8 LMS Ultra posted 2:14:362 in the second testing session. He improved that to 2:12:735 and an impressive P8 overall in official practice, which proved to be his fastest lap of the weekend, as a lack of grip - something noted by other drivers too - prevented him from going quicker in qualifying. A fastest lap in the race for Ken of 2:16:863 only tells half the story, as the Audi is famed for its durability and it was that combined with Ken's smooth driving that saw him take another significant step towards the title.

Ken also enjoyed a few test laps in the Pancho Weaver built TA Class Dodge Challenger driven to victory in the race by Boris Said. Ken's comments on the added experience at COTA were ecstatic, "I've been joking with Pancho for ages saying, "Where's my car?"  Yesterday he said, "I've got your car here - do you want to drive it?" I told him, "heck yes!"

Ken raved about the interior finish, the insulation and above all the brakes on the phenomenal TA muscle car but he added, "I was really impressed with how the box shifted and the power is amazing, but the one thing about a Trans Am car is that it's not a nimble GT3 car at all! It's My hat's off to the guys that drive these things really quick. It's a whole different ball game!"