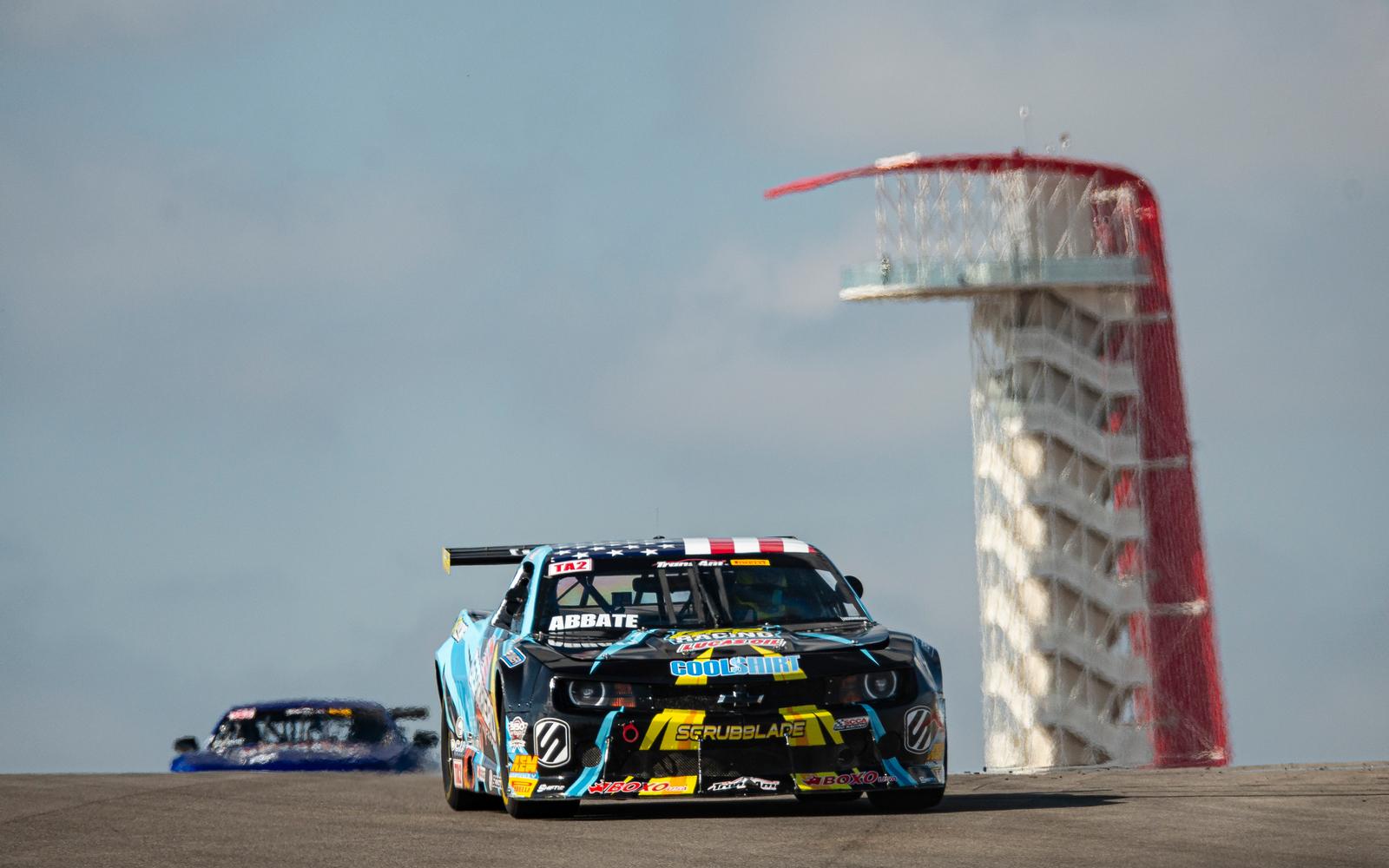 Round 5 of the Trans Am West Coast Championship presented by Pirelli took place at the iconic Circuit of the Americas on November 6th-8th.  The West Coast series joined it’s National Tour counterpart for the 100-mile race around the circuit with over 30 TA2 cars entered.  “This is a very challenging track, with 20 corners, steep elevation of 133 feet, and high speed straight-aways, and it’s always an exciting event on our schedule,” Grr Racing Crew Chief Anthony Philleo shared.


Qualifying took place on Saturday and it was a short 15 minute session with a lot of cars on track working to battle it out.  Abbate settled to secure a 3rd place starting position in the TA2 West Coast line up, placing her 22nd overall in the field. “It is hard to link together the perfect lap here at COTA, with so many corners there is a lot of opportunity for a mistake – I know we had more time to lose than what our results showed, but I am happy to be starting on the outside,” driver Michele Abbate stated.


The green flag dropped at 11am CST and the entire race was broadcast live on the Trans Am app, facebook, and youtube (catch it here:  https://youtu.be/FiMCpCz1VvE?t=12109 ). The first lap into the esses there was massive chaos with a big spin and cars going everywhere. Abbate managed to avoid any contact but lost a position in the West Coast field by dodging to the outside.  The race went full course yellow for clean up of the carnage.

Once back to green, Abbate began to put on the hunt against her West Coast competitors. “We are all trying to get to the front, and I knew Lagasse and Said were coming up from the back so I had to keep my eyes up in each direction. I began to reel in Revak from my P4 position as a national tour car was struggling to get around him.  The two got tangled up and I was able to make it past without an issue”. Abbate stated.

The majority of Abbate’s race was spent in the P3 position as she kept both P2 and P1 in her sights.  Another incident brought the caution out, as well as a full course black flag bringing all the cars into the pits.  As the entire TA2 field sat in the hot pits waiting for more clean up, Abbate was directly behind the P2 position as they made their way back on track for the last 10 minutes of the race.  P2 position, #16, had pulled a bit of a gap onto Abbate but was sent into a spin into turn 12 where Abbate was able to make a pass.


Abbate, now running P2, the field remained green and the #16 car closed the gap, and made a move to take back the position from Abbate into turn 11.  Abbate was on his bumper as they entered into turns 16 and 17 she made her move on the outside to take the pass back. Once she was back into the P2 position, the caution came out again because the leader of the West Coast series had spun, allowing Abbate to take the lead. 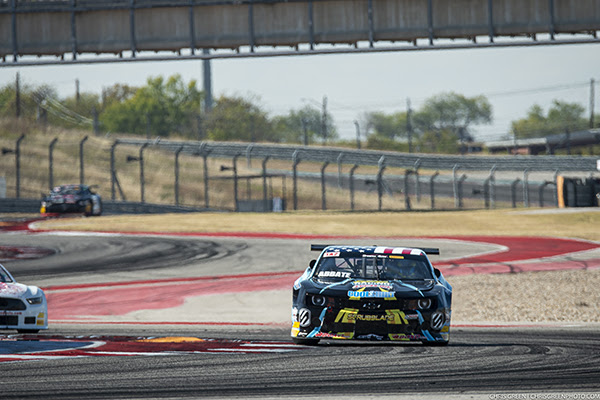 The race finished under caution with the checkered flag and Abbate crossed the line first for the west coast series and P13 overall.  Although, in the post race review, it turns out that Abbate made the pass on the #16 car during a full course yellow – a misunderstanding on her part. “I thought it was odd how quickly #16 checked up into the corner, but now it makes more sense.  I am truly gutted that this mistake was made on my part and I am genuinely sorry to my competitor Jim Gallaugher.  I am thankful for Trans Am’s fair ruling and still very proud to take home a 2nd place finish at COTA”, Michele stated.


“Second place in West Coast and P14 overall is an amazing result that shows our progress for the entire team.  A hard fought race for myself and my team, we literally gave it everything we had. Unfortunately, the misunderstanding allowed for premature celebrations and that is something I wish I could take back.  I am so thankful for all of my partners who help make this possible for our small team and extra special thanks to Gearhead Coffee for their additional trackside support and for helping us get to this race” Abbate said.


Michele Abbate and the Grr Racing team officially sit 2nd place in the Trans Am West Coast Championship as they head to Laguna Seca on December 4-6th for the season finale.  It’s all on the line and the team is in full force to continue to make history in the Trans Am series!  Stay tuned for some exciting news next week!