Season Championship Charge for Gregg Set to Continue at CoTA 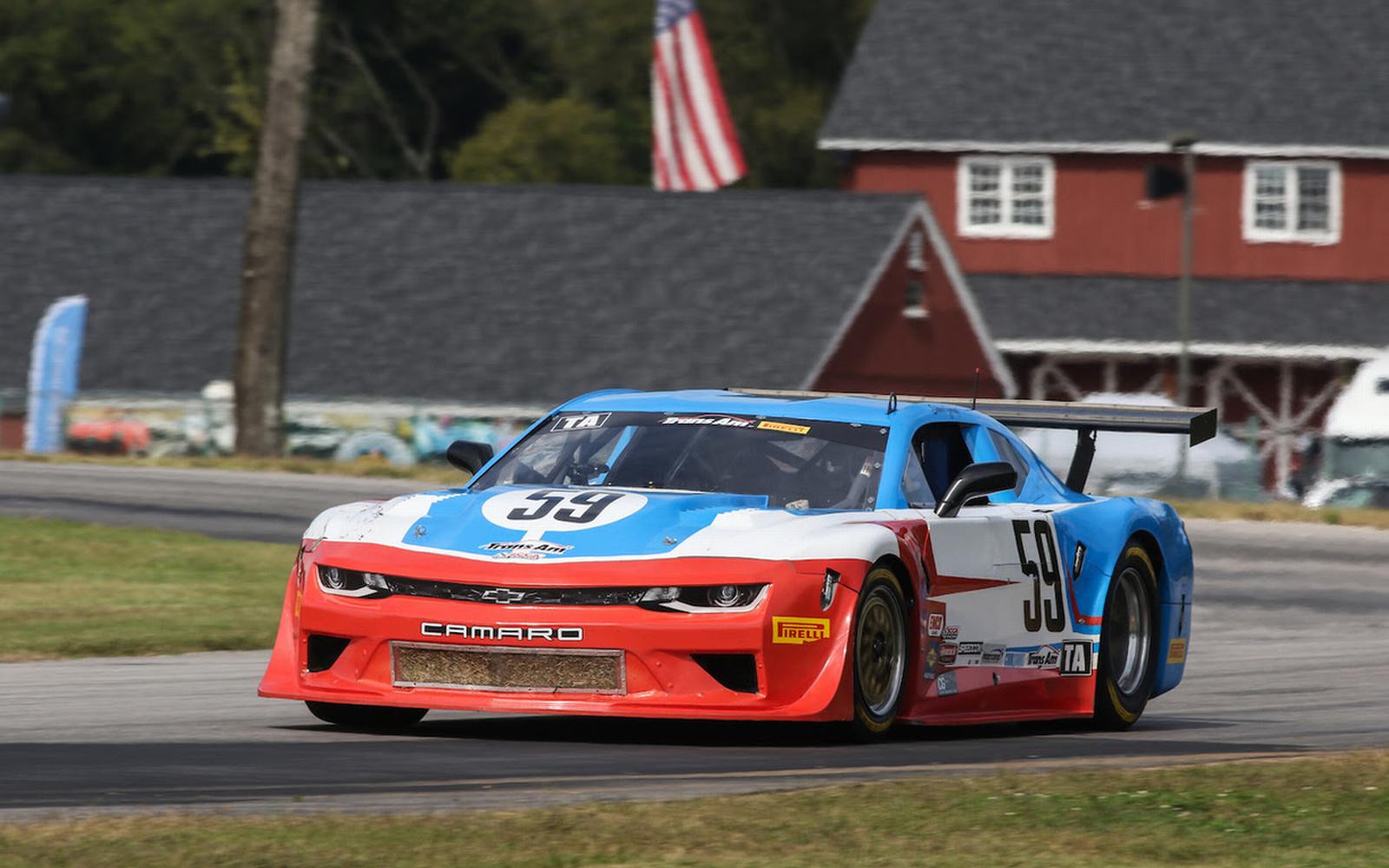 Ponte Vedra, FLORIDA - October 13, 2020 - Florida based Simon Gregg is one driver not allowing the current crisis to stop him from racing, with the popular Floridian competing on three fronts in 2020. In addition to the national Trans Am presented by Pirelli TA Class Championship, he has also been competing in the West Coast Championship and he was in action again this weekend. Simon contested the SCCA's crown jewel event - the annual Runoffs - which serve as a gathering for the top SCCA racers across the country and where they can go head-to-head.

It's been a particularly popular event with drivers throughout its over 50 years of history and has been held at legendary tracks including Daytona, Road Atlanta and Road America. In 2017 the SCCA Runoffs were held at the Indianapolis Motor Speedway for the first time and this year, the Runoffs returned to Road America in Elkhart Lake which they called home from 2009 to 2013.

Competing in the GT1 Class in the Derhaag Chevrolet Camaro, the event was a rare disappointment this year for Simon when engine failure ended his challenge prematurely as he explained to our reporter afterwards, "I couldn't make the West Coast Trans Am Championship because I was concentrating on the SCCA Runoffs - driving the TA1/GT1 car. It's unfortunate that we didn't have the mechanical luck during the race but it was good being back in Elkhart Lake and spending a lot of time at the track."

The weekend in Wisconsin came hard on the heels of the Trans Am action at Virginia International Raceway where Simon competed in the TA Class and where the Trans Am organizers had the clever idea of staging two races, with an all class race on the Sunday to replace one of the events that fell victim to the pandemic earlier in the season. Having switched this year from a Corvette to a Camaro bodied Chevrolet, Simon has done extremely well to lie in P4 out of 22 starters in the 2020 Trans Am presented by Pirelli Championship with 133 hard won points. A string of top five finishes are headed by a podium P3 at Brainerd.

Over on the West Coast Simon has dominated the new XtremeGT Class with his AMG Mercedes GT3 setting track records of 1:45:257 at Thunderhill Raceway Park and 1:41:226 at Sonoma International Raceway. He has maximum points in his class and looks certain to be crowned the inaugural XGT West Coast Champion - giving Simon back-to-back Trans Am Championships on the West Coast.

"It's fair to say the SCCA Runoffs didn't go as we had hoped,” stated Simon before adding, "I am always one to look forward and we have a great chance to focus now on Circuit of the Americas next month. I'm still learning about the new Camaro and getting the setup dialed in for my preferences. The car is fast and I like that."

The five rounds of Trans Am Series presented by Pirelli remaining in the 2020 season are scheduled at three race track venues, the next being Circuit of The Americas, November 6 - 8. Road Atlanta and WeatherTech Raceway Laguna Seca will host double-header event weekends. As was the case at Virginia, there will be an all classes race on Sunday. These races have proved extremely popular with fans with 40+ cars on the grid making for spectacular racing.

Download the new Trans Am App and watch the race events live from the Google PlayStore or Apple or on the Series YouTube Channel.