Homestead-Miami Speedway proved to be “home sweet home for Ernie Francis Jr., with the 19-year-old South Floridian capturing his first overall victory in the Trans Am Series presented by Pirelli.

Riding a streak of three consecutive championships – along with 23 class triumphs – Francis was making his second start in the lead TA category. He led most of the race driving the No. 98 Buoniconti Fund/Beta Tools Ford Mustang in the season opener at Sebring, only to drop out with a mechanical issue.

Francis started on the outside of the front row and quickly grabbed the lead, turning a track-record lap of 1:17.496-seconds while building an advantage of nearly eight seconds. 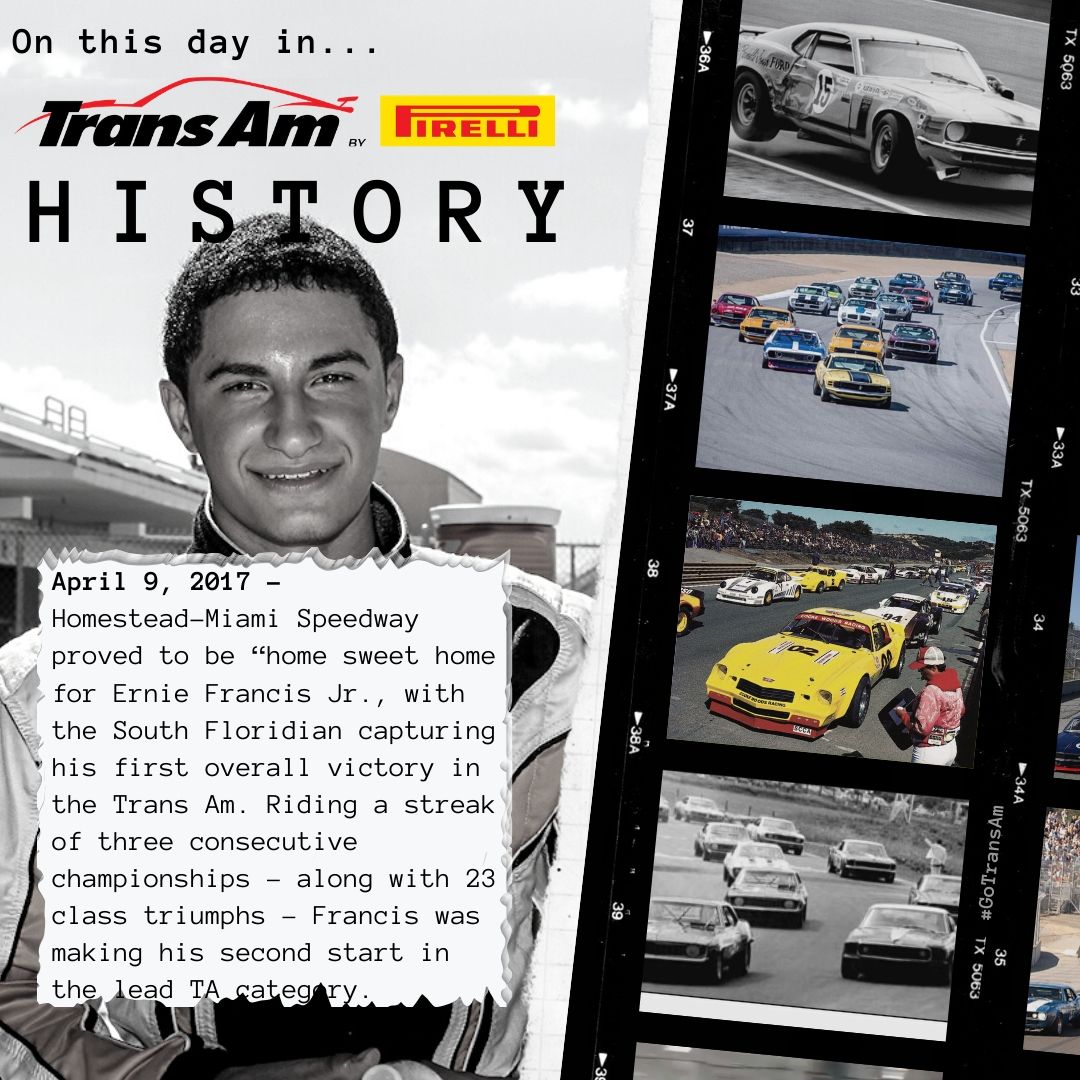