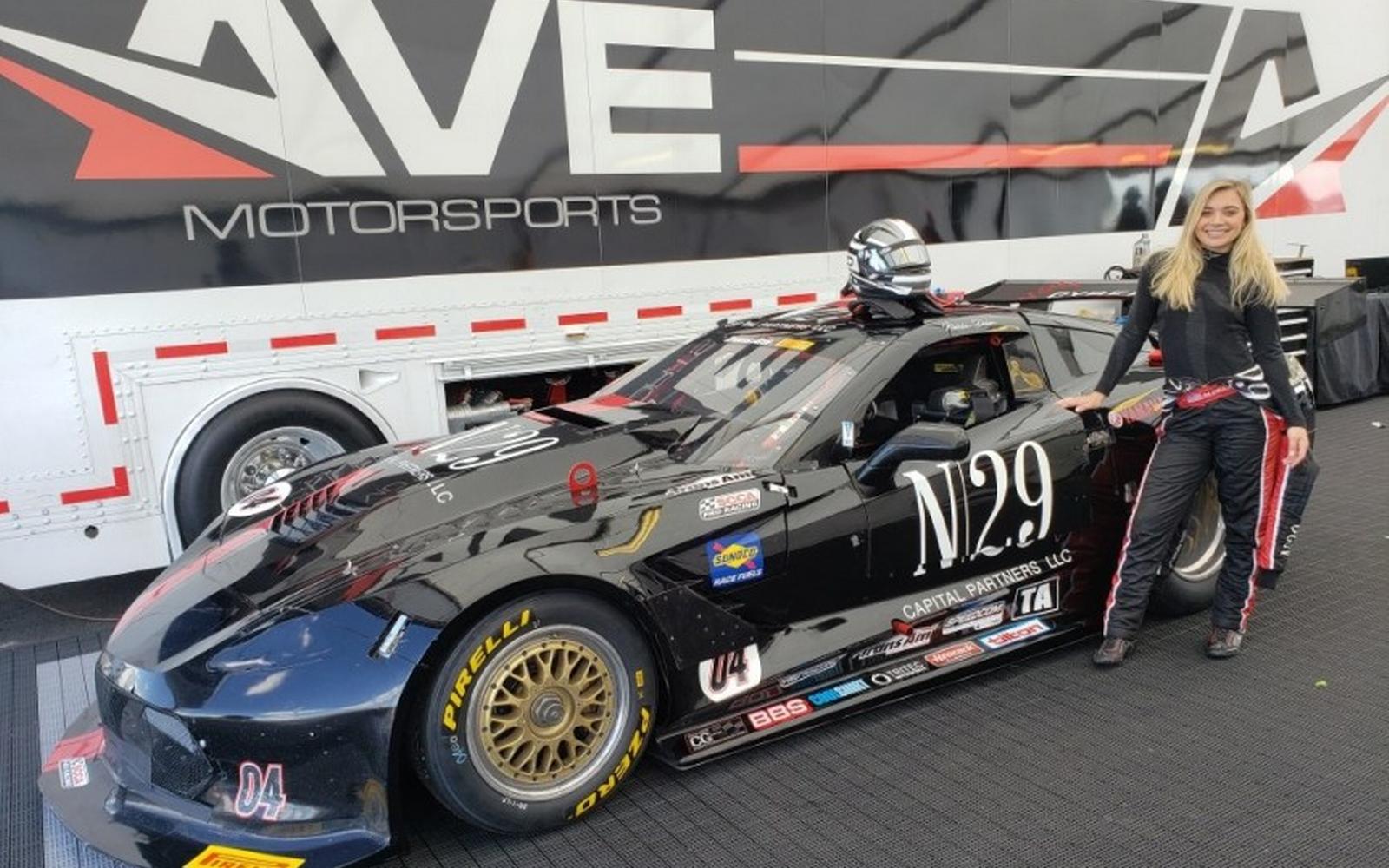 After setting eyes on the course at Road America at the age of 10, Natalie Decker fell in love. She had just recently moved up in classes in her young Go-Kart racing career and found herself taking laps at the “little” course. However, Decker had her eyes and heart set on something more, the 14 turns, 4-mile beauty, that is Road America’s main attraction.

“I just remember thinking how cool the big track was and hopefully one day I could be driving on that,” said Decker reminiscing. “I remember sneaking my golf cart with all my friends I raced Go-Karts with, out on the big track just so we could drive around on it. We got in so much trouble, but it was worth it!”

Despite getting in trouble, it never deterred her, in fact, it might have fueled her fire, even more, as is par for the course when one is told they can’t do something. With sights set on the NASCAR top series, Decker spent a handful of times on the Kart course at Road America before she made it known that she, in fact, belonged on the “big” track.

In August of 2017 Decker was only 20 and competing in the ARCA series as she found herself back at the track she grew up loving as a kid. After starting 16th in the 28 car field, she battled her way to a 7th place finish. With her family and friends in attendance, eyes were on one person, in particular, was more than impressed, long-time family friend Tony Ave.

Ave let Decker and her family know that he wanted to have her race in the Trans-Am Series with his team for a few races the following season. Then almost a year after her ARCA race at Road America, on August 25th of 2018, the time had come for her first time in the Trans-Am car. This time it was full throttle mode, racing in her N29 Technologies sponsored 850 horsepower Corvette in the Trans-Am series for Ave Motorsports.

“Tony has been a friend of my dad’s for a long time,” explains Decker. “They raced together when they were racing snowmobiles. It’s really cool because I knew him when he was a family friend and now getting to race with him and work with him, and he’s an amazing road racer.”

In that race, she climbed all the way into 9th position before a mechanical issue stalled her progress and she had to settle for a 15th place finish. This time she’s back for more, with a load more experience under her belt. That includes a Trans-Am Series race at Sebring earlier this year. Now Decker is excited to get back in the Corvette and do what she loves.

The climb in the ranks of racing for Decker this season has taken on a life of its own. From a stint in Europe testing in the W-Series to her rookie season in the Gander Outdoors Truck Series for DGR-Crosley, its been a busy year, to say the least. She finds herself on the road more times than not, with events scheduled for her most weekends.

When shes not personally racing in an event, she’s supporting her longtime boyfriend Derek Lemke who races as well. The only off weeks for Decker come during the holidays months of November and December, where she gets to spend much enjoyed time with her family in Eagle River, WI and get rejuvenated for the next season.

Her motivation on and off the track has many influences, including those of her fans. Their true passion for her racing career is something that adds fuel to the fire.

She will be looking to put on a show for those fans as she competes at Road America August 24, 2019 running again for Ave Motorsports. The dream for Decker has always been to get to the top level of NASCAR. However, she’s never lost sight of the track that some way made her who she is today as she explains.

“Growing up there, racing karts, it’s made me who I am today. I raced at a lot of different tracks growing up, and Road America was one I went to. To be able to do that as a kid, it made me fall in love with racing and fall in love with the time I got to spend with my family at the track.”