Francis Jr. and Dyson battle for the top spot throughout the 43-lap TA/SGT/GT class event 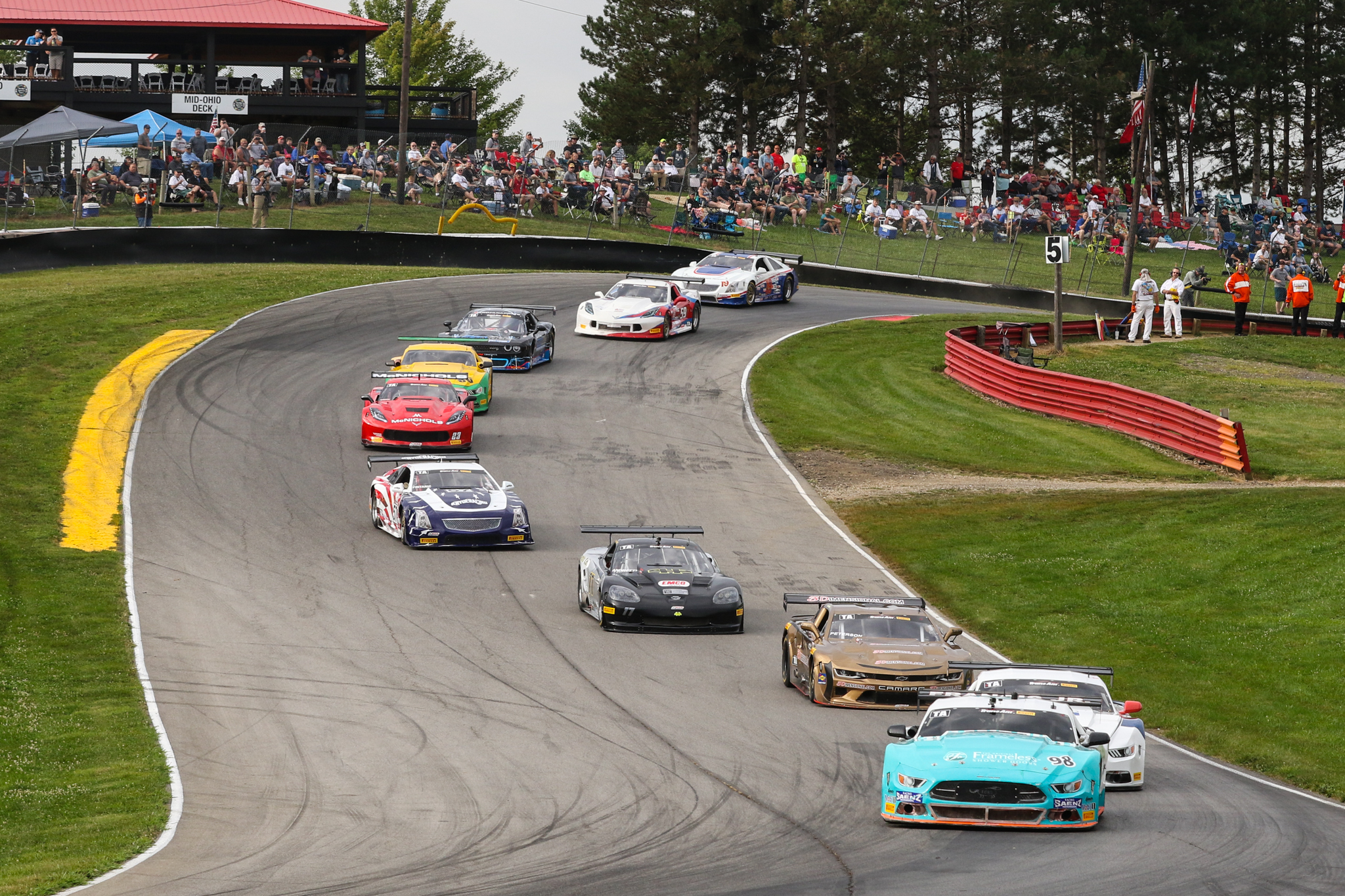 LEXINGTON, Ohio (10 August 2019) – The FirstEnergy Mid-Ohio 100, featuring the Trans Am Series presented by Pirelli’s Trans Am, SuperGT and GT classes, saw a dogfight at the front of the field for the entire 43-lap race Saturday at the Mid-Ohio Sports Car Course.

In the end Ernie Francis Jr. managed to keep Chris Dyson in his rear-view mirror to capture his third victory of the season. In the SGT class, Mark Boden took the green flag from pole and never looked back, opening a lead of over 23 seconds over second place Ken Thwaits before the race-ending yellow came out.

21 entries took the green flag in the TA/SGT/GT event, held in conjunction with the NASCAR Xfinity Series event at Mid-Ohio. The first race on the Saturday card, the teams dealt with dramatically different weather circumstances than they had earlier in the weekend, with cloudy and cool conditions for the early-morning event. The field included a late entry – sports car legend Boris Said, making his 2019 series debut in the No. 2 SRI Performance Dodge Challenger that had arrived at Mid-Ohio late Friday. 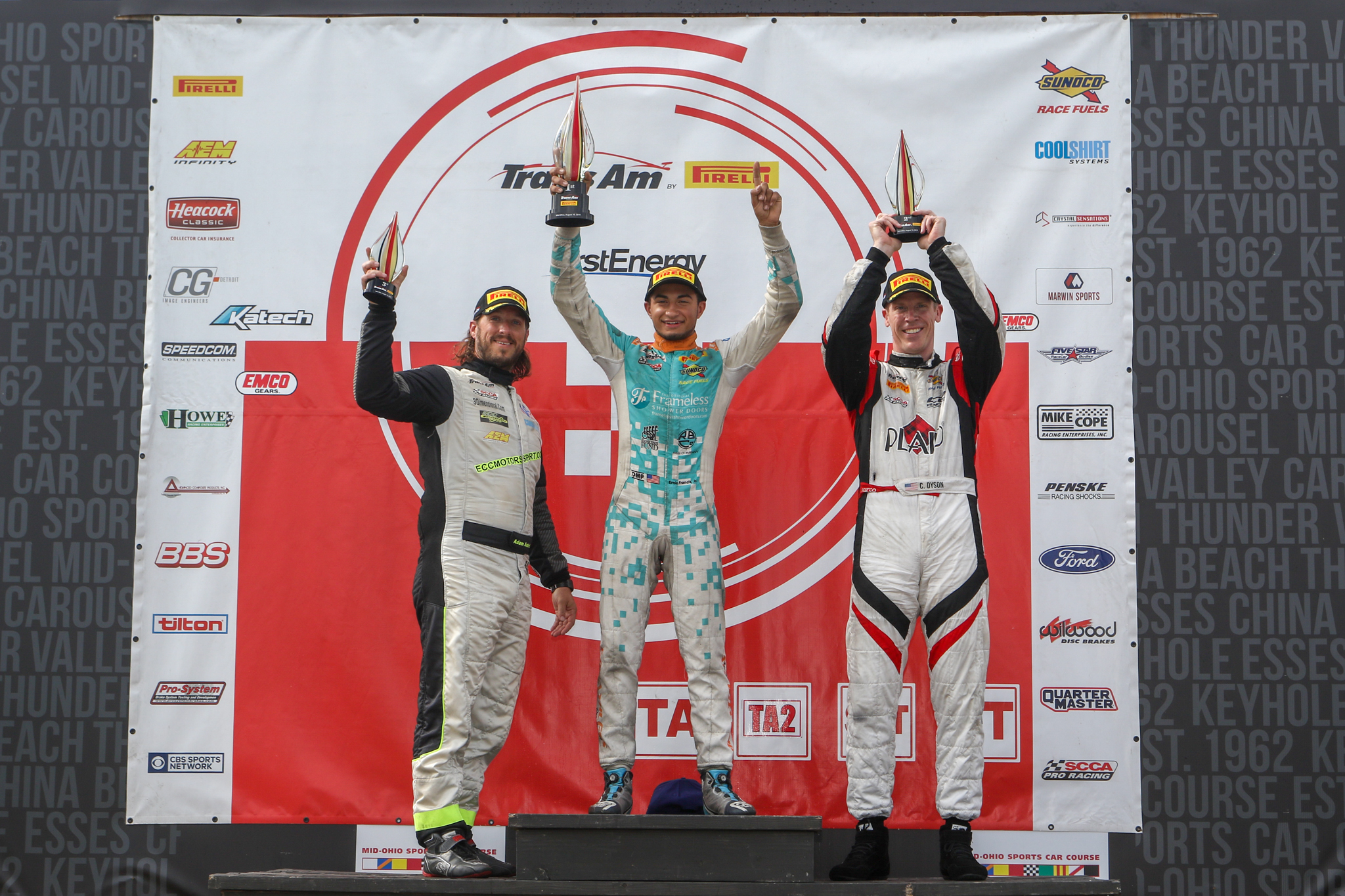 Pole sitter Ernie Francis Jr. started his No. 98 Frameless Shower Doors Ford Mustang in the TA and overall pole position, looking to repeat his Mid-Ohio win of 2018. But Chris Dyson, winner of two straight TA class races and driving the retro-liveried No. 20 Thetford/Norcold Ford Mustang, would not allow Francis Jr. a moment of comfort on the tight, twisty and technical 13-turn, 2.258-mile Mid-Ohio circuit.

The duo fought hard throughout the race, with Francis Jr. able to post a three-second lead early, but Dyson came back mid-race with a succession of quick race laps as the pair separated from the rest of the field. Doug Peterson – pulling double duty this weekend in both TA and his regular TA2 drive – tried valiantly to stay in the fight but headed for pit lane on Lap 10 with a mechanical issue, handing third position to Adam Andretti in the No. 17 Engineered Components Co./Anchor Bold Chevrolet Corvette. 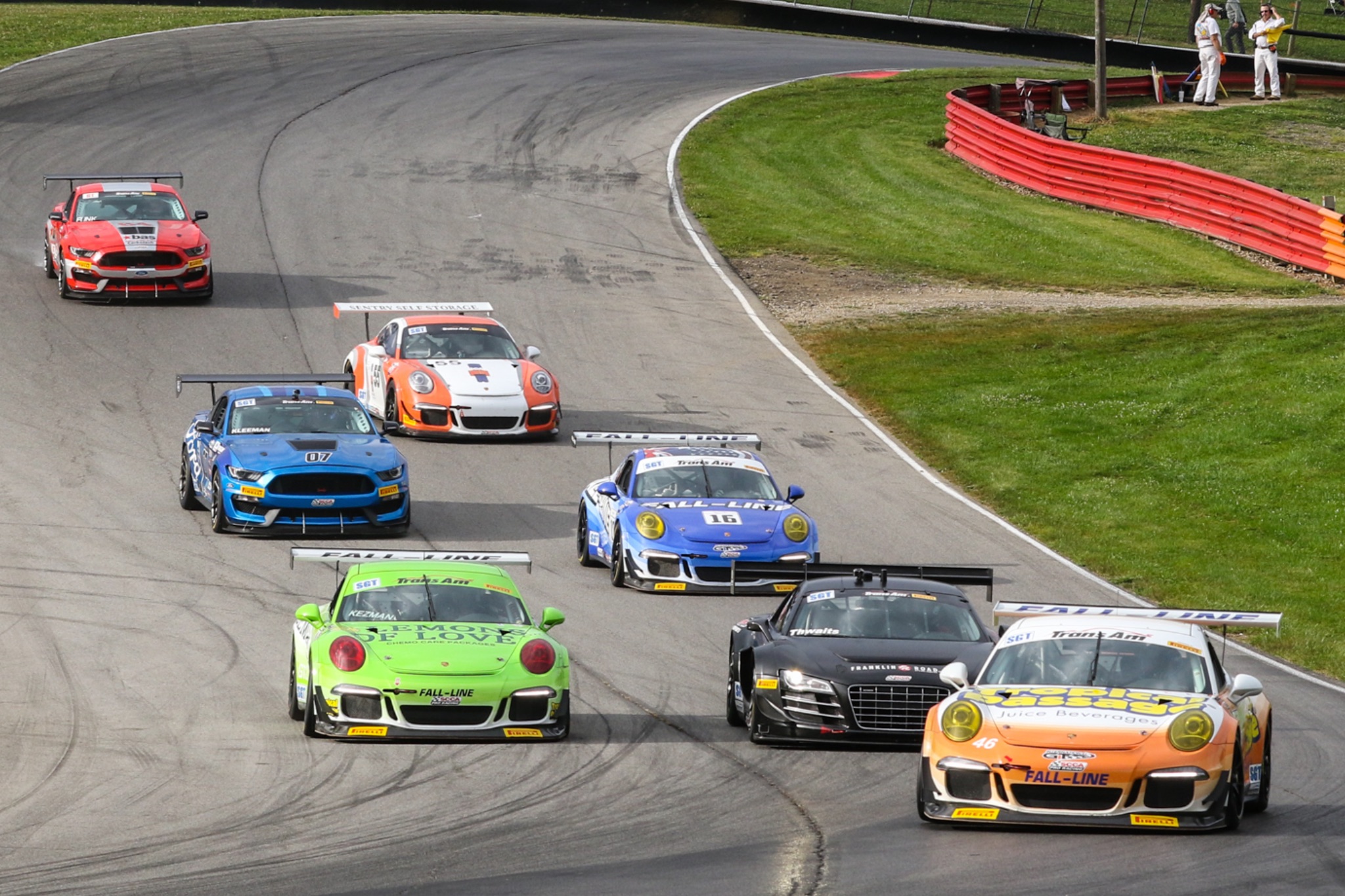 wide out of Turn 9 and hard into the barrier in Turn 10, leaving a significant debris field that could not be cleaned before the race end, with the checkered flag waving at the 65-minute mark. Ohio natives Amy Ruman and David Pintaric finished fourth and fifth, respectively. Said seemed poised for a charge through the field, climbing as high as fourth before mechanical issues placed him back in the field with a 13th place finish.

"I was pretty excited to see if we would get back to green flag racing,” said Francis Jr. “It would have been an awesome shoot out to the end. (Chris) Dyson and I were very close in our lap times. The lapped traffic held us up at the end. We had a really great race and our Ford Mustang was awesome. I can't thank everyone at Breathless enough, we were fasted in just about every session. The car was flawless all weekend, I’m happy about this win and it’s good for us in the points. I can't wait to take it to Road America.”

"We had a bit of too much understeer, so I was a little too conservative, “said Dyson, who set a new race record lap at 1:21.923 on Lap 34). “I thought I was going to give Ernie a good run there to the end since we were back and forth all weekend. We were so close and I think that is how this championship is shaping up. We will be neck and neck the entire time. We had a great car and we were quick all weekend. We can't wait to get to Road America now." 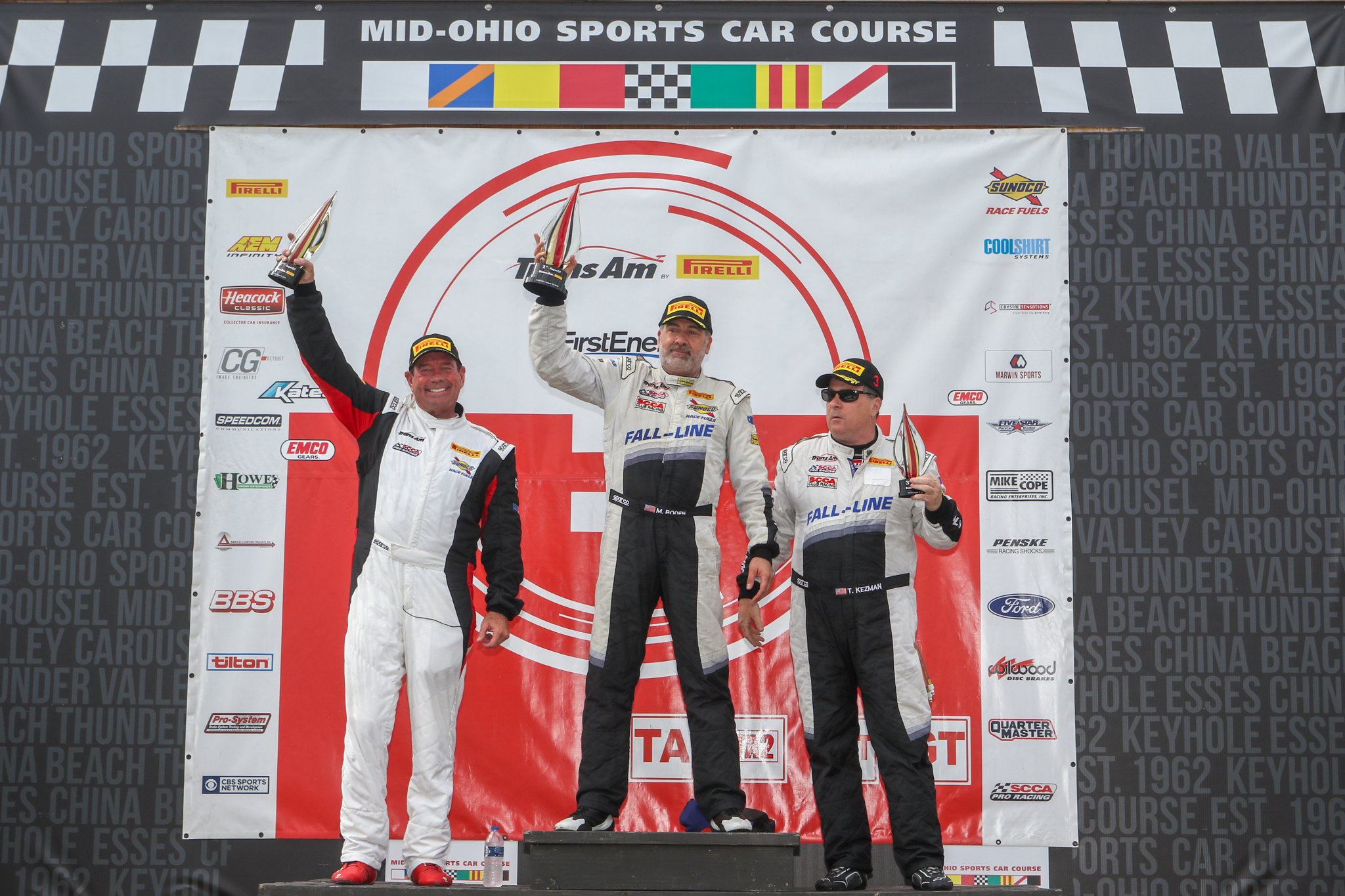 Meanwhile, the SGT race was a tale of dominance by Mark Boden in the No. 46 Beverage Flavors International Porsche 991 GT3 Cup, who held a sizable lead over Ken Thwaits in the No. 35 WilwoodBrakes/ FranklinRdApparel Audi R8 LMS. Neither Thwaits nor No. 44 Lemons of Love Porsche 991 GT3 Cup car driver Tim Kezman could post a charge at Boden, who captured his second win of the season.

"The car was absolutely on rails today,” said Boden. “The conditions to start the race were perfect. There are a few tricks to this place when the track is right. You have to focus on what you are doing and not what is going on behind. I love racing here - it’s one of my favorite tracks! The car was perfect to push as hard as I could to come home with championship points.”

Next up for the Trans Am presented by Pirelli will be the Ryan Companies Road America Classic August 22-24. For live timing and scoring, event photos and post-race recap videos visit GoTransAm.com. For live race updates follow @GoTransAm on Twitter.