Pickett Celebrates Trans Am West Return, Storming to the Pole in Portland Qualifying 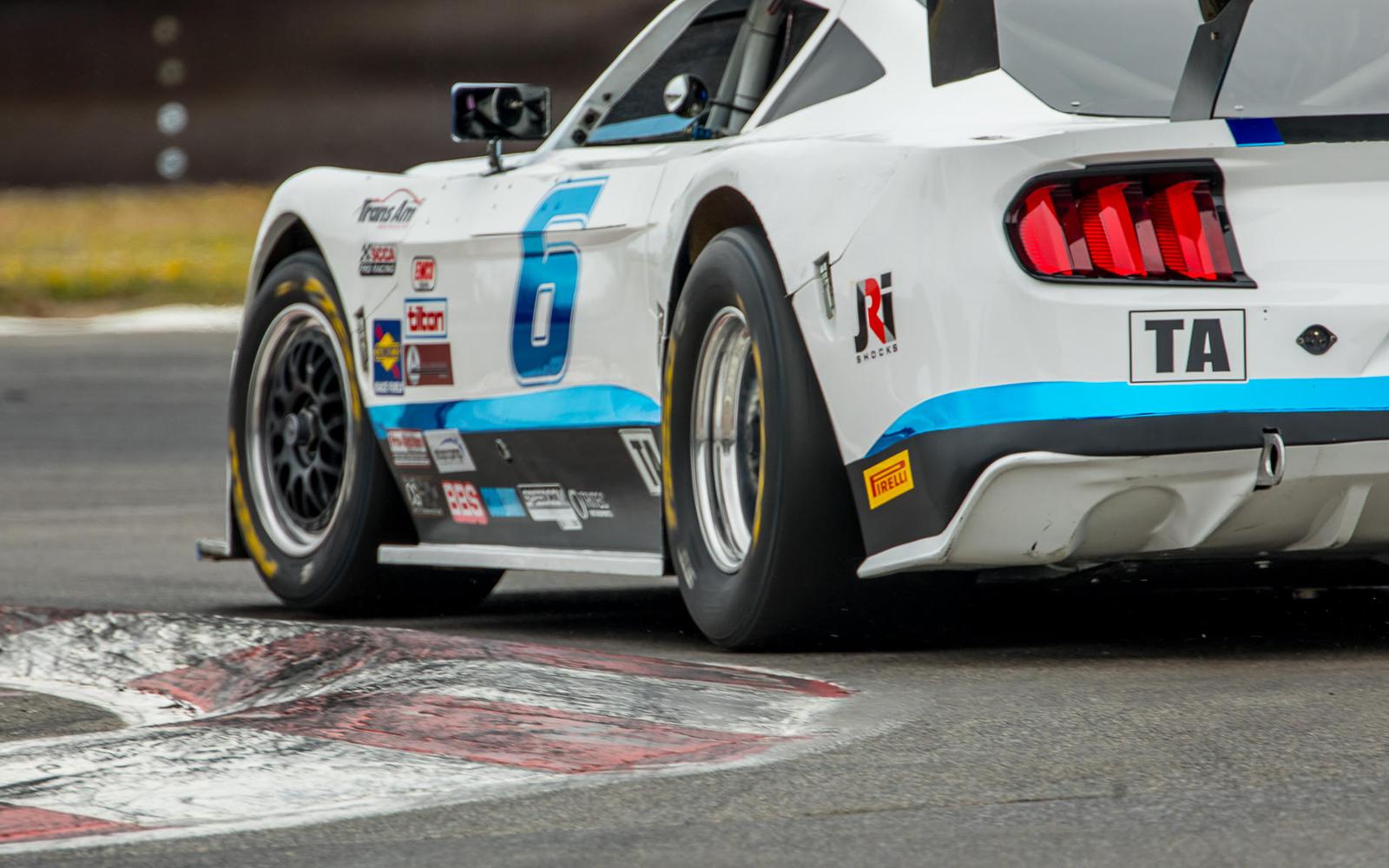 PORTLAND, Ore. (27 July, 2019) - Greg Pickett, from Crystal Bay, Nev., missed the last three rounds of the Trans Am Series presented by Pirelli West Coast Championship, facing a myriad of challenges to both his racing and business efforts. But, following a “long heart to heart” with wife Penny, the vastly experienced veteran re-committed to the Trans Am series (where he is second on the all-time number of starts list with 187), and returned to the fray at Portland International Racing with fresh enthusiasm.

Maybe too much enthusiasm: Hearing from his crew that he was three seconds a lap faster than his nearest rival around the fast, flat, 1.927-mile road course with 10 minutes to go in Friday’s first Trans Am test session, Pickett promptly spun his immaculately prepared Pickett Racing Ford Mustang into the tire wall at Turn 11.

“It was all driver error, “ Pickett exclaimed at the time, “and I feel bad for the guys. But the car’s not too bad and we’ll be fine for the morning.”

Indeed, Steve Dix and the rest of the Pickett Racing crew worked past midnight, and the No. 6 was its pristine self on Saturday morning, a cautious Pickett running only nine laps total in the 40-minute morning practice but easily quickest. His 1:13.450 best was quicker than his Friday best 1:13.636 and more than a second clear of his TA rivals.

In afternoon qualifying, Pickett needed only four laps to record a pole-winning 1:13.035 which ended up fastest time of the weekend by more than a full second.

"Car’s just fine,” said a relaxed Pickett as his car was pushed through post-qualifying tech. "Our guys did a great job overnight - I really appreciate my crew; it was a lot of hours. But we’re fine. I was going around there, honestly, at race speed - 13.4 or 13.5 something like that. I’ll go around like that a lot (in the race tomorrow), I promise you.

"Pirelli makes a great tire, but you’ve gotta tune the car - you’ve gotta work with it. And my guys put a great set-up right back on it like they always do."

Simon Gregg from Ponte Vedra, Fla., was next up, notching a 1:14.482 on his eighth and final qualifying lap in the middle of a problem-free weekend in his No. 59 Derhaag Motorsports Chevrolet Corvette - the blue one, as his red, white and blue Auto Club Speedway winner is on its way to next weekend’s National Trans Am event in Indianapolis.

Gregg has all but clinched the TA West title, with three consecutive wins heading in to the Portland weekend.

Third was an unhappy Michelle Nagai, from Loomis, Calif., who, race by race, is getting a handle on her ex-Frank Emmett No. 72 Berkeley Jet Drive Chevrolet Corvette. The ex-Southwest Tour and GASS stock car series regular traded laps with Gregg throughout — both in the 15s, then 14s, and finally a 1:14.782 that left her just three-tenths off of a front-row start.

“It was miscommunication,” said a frustrated Nagai. “When I heard ’14.482’ on the radio, I thought it was mine and I pulled in a lap too early…"

While the TA drivers shared their 15 minutes of qualifying time with the GT-class runners, the TA2 powered by AEM West runners had 15 minutes all to themselves.

Portland periodontist and hometown hero Brad McAllister (No. 24 www.PortlandImplantDentistry.com Ford Mustang), though, needed much less time than that, laying down a scorching 1:15.491 on his second lap the stood for the rest of the session.

McAllister is supremely confident on his home track, and wound up qualifying his Rhom Innovations-prepped, Sampson Engines-powered machine more than a second a lap quicker than in 2018.

"Basically we’ve been working at it since last year, made a lot of changes, and it’s come a tenth at a time,” said McAllister. "We’ve got it really dialed in now; I’m real happy.”

“I stayed out for a few more laps, cruising,” he added. "If I was challenged, I would have tried to lay down a faster lap — not that I could have, but it was certainly a possibility. Our set-up is pretty consistent to go the distance, so I’m pretty optimistic. I feel like I’ve got a car to go the whole race; the key is the mechanical side. It’s a lot of horsepower and a lot of heat. What’s going to help us tomorrow is it’s going to be a cool morning."

Current TA2 West points leader Anthony Honeywell’s Prefix-engined No. 76 Honeywell Competition / TFB Performance Chevrolet Camaro
wound up second with a 1:16.448, the Tulsa, Okla., CPA lucky not to collect a suddenly slowing Michael Mihld (No. 55 MMR Chevrolet Camaro) and spinning off in the last corner halfway through the session.

"Mihld blew up and I locked it up to avoid him,” said Honeywell, disappointed to end up a full second behind arch-rival McAllister. "It is what it is at this point. It could have been a lot worse. In qualifying, you want to press…”

Third in TA2 was Matthew Butson, 17, from Snohomish, Wash. (No. 19 Butson Racing Chevrolet Camaro), who has stepped into Trans Am after two years in Spec Racer Ford in impressive fashion. Butson’s 1:16.882 put him more than a second clear of fourth-place qualifier Mihld’s 1:17.977, while Honeywell’s TFB Performance teammate Tim Lynn, from Ross, Calif. (No. 46 Roof Options Racing Chevrolet Camaro) rounded out the top five. Lynn clocked a 1:18.609 despite missing all of the Friday test sessions — which would have been his first-ever laps on the challenging PIR circuit — with transmission problems.

Eagleton leads the GT points, and though he arrived on Saturday morning, missing both of Friday’s test sessions, he had the edge in qualifying, finishing up with a 1:25.085 which bettered Borders’ 1:26.396 best.

"I’m kind of disappointed we didn’t have more people show up for GT,” said Eagleton. "The (class) size has been doing pretty well, and we’re hoping to build on that. At Sonoma, those Camaro were a lot faster, but it was nice to have a rabbit in front of you to chase.

"There’s SCCA stuff going on this weekend that kept them away,” Eagleton explained. "Our cars are running really well, and we’re all looking at options for next year - how to keep (the GT class) growing."

The Portland Trans Am West Championship action culminates tomorrow with a 100-mile (or 75 minutes, whichever comes first) mixed-class feature starting at 10:40 a.m. PST.  Live timing and scoring is available at GoTransAm.com or on the Race Monitor app.