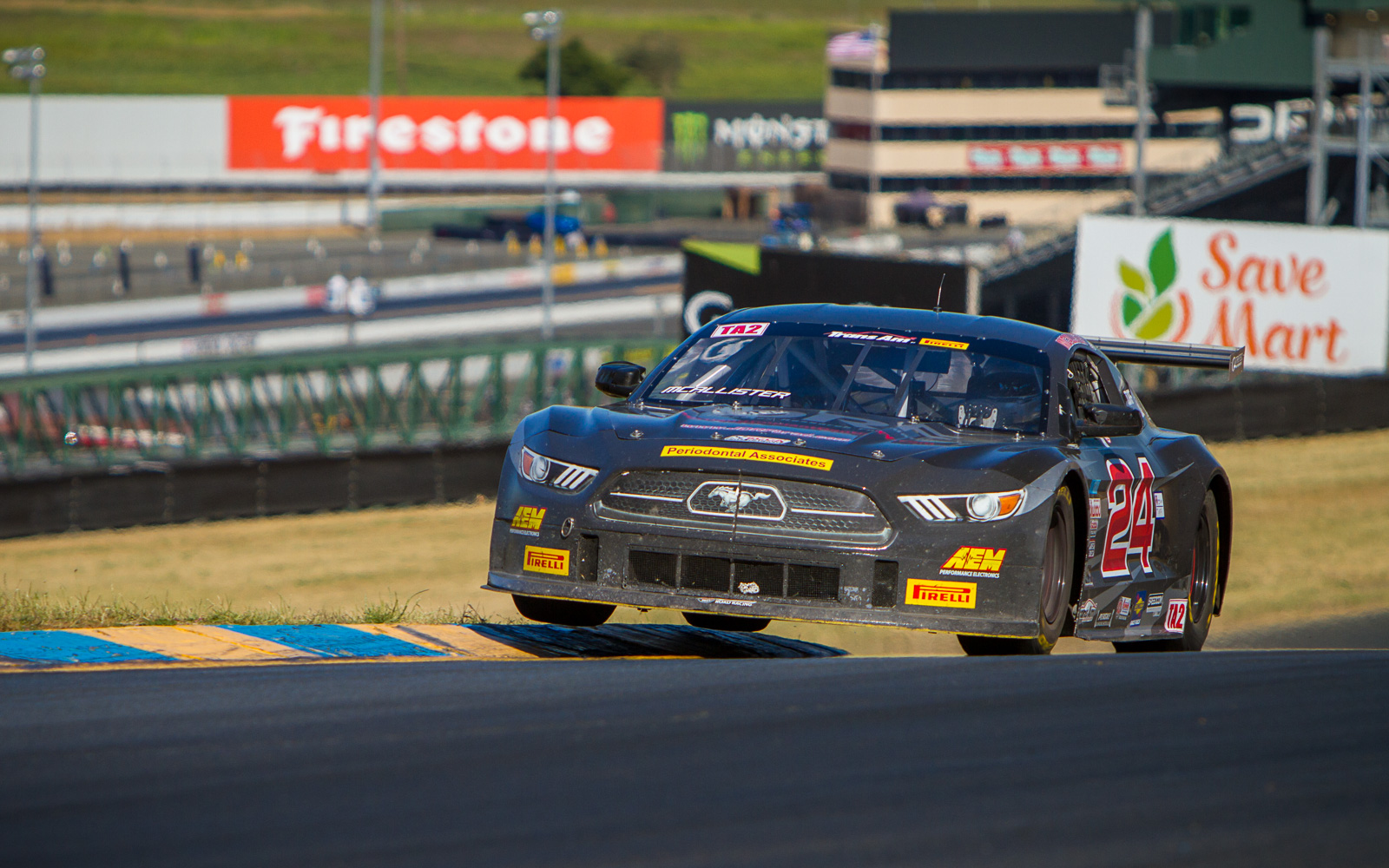 SONOMA, Calif.  [June 2, 2018] – Tomy Drissi saved his best for last, and on his last flying lap of the official practice session for Round 2 of the Trans Am West Championship presented by Pirelli in Sonoma, California, posted his best time of the weekend so far. After stopping on lap five and putting a set of fresh Pirellis on his GoShare Chevrolet Camaro, Drissi immediately posted a 1:37.121, putting him to the top of the time sheets in the TA class. Four laps later, he improved his lap time with a 1:36.939.

Greg Pickett, in the No. 6 Flavor Insights Ford Mustang, after heading up both test sessions this weekend, ended today’s practice in second place overall and second in TA. Pickett, racing here at Sonoma on the 40th anniversary of his first ever Trans Am win, also at Sonoma, ended the practice session with a lap of 1:37.546. Pickett had previously posted a 1:37.148 in an earlier test session, which puts him and Tomy Drissi neck and neck and promises to be a close race tomorrow.

In third place overall, and posting the fastest time in the TA2 class, Brad McAllister, in the No. 24 Portlandimplantdentistry.com Ford Mustang, finished the session with a fast lap of 1:42.744. This was Brad’s final lap of the session, posting the time as he took the checkered flag. McAllister was also faster than the third TA car, and fourth overall, of Tim Adolphson, in the No. 88 Cybersight/ Craig Raudman Racing Chevrolet Corvette. This is only Adolphson’s second Trans Am race, and he ended the session with a best time of 1:43.058.

Tim Lynn, out of Ross, California, in the No. 46 Roof Options Chevrolet Camaro, took the third spot in TA2 with a 1:45.107. Four tenths behind Lynn was Richard Diehl, in the No. 18 Big Diehl Racing Ford Mustang. Diehl, despite having a spin on lap 12, posted his fastest time on his 14th lap.

The top five was completed by Michael Milhd, in the No. 55 Track Fanatic Chevrolet Camaro out of Temecula, CA, with a lap of 1:46.616.

Thomas Merrill, the winner of the TA2 race at Auto Club Speedway in Fontana in April, and Richard Diehl’s teammate, did not take part in the practice session.

The weekend’s Trans Am action will resume with qualifying sessions tomorrow, Sunday June 3, at 8:10 AM PT as teams and drivers make preparations for the 40 lap, 70 minute Trans Am feature race at 4:10 PM.