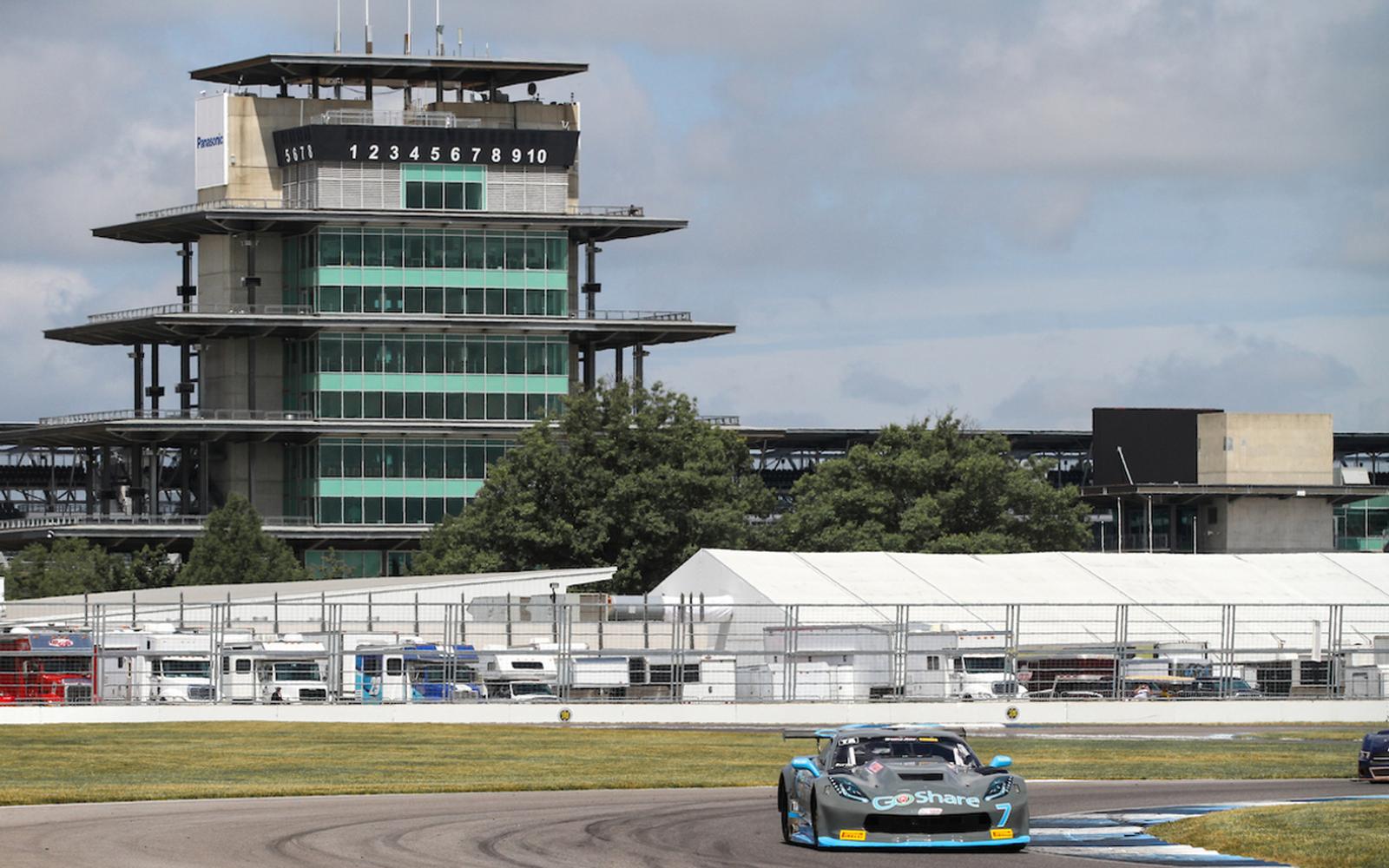 Indianapolis, IN – June 19, 2017 – The highly anticipated Trans Am presented by Pirelli Round 5 weekend brought an impressive field of American racing stables to the racing capital of the world Indianapolis Motor Speedway.  The Trans Am Speedway Showdown was the inaugural appearance for the Trans Am series at the famed venue in a weekend that also featured the Sportscar Vintage Racing Association’s Brickyard Vintage Racing Invitational.

Claudio Burtin and the No. 7 GoShare Corvette C7.R headed into the event prepared to score a Brickyard victory against a full field of competitors all hungry to win at the historic and internationally renowned Speedway.

The action over the weekend didn’t disappoint, although the final result wasn’t the one that Burtin’s team had anticipated. On the pace from the first practice session, Burtin’s qualifying effort lined him up in eighth place on the starting grid of the 35 cars. The GoShare Corvette showed promising race pace for a top-five finish but bad fortune intervened. After maneuvering up three positions from the start, Burtin was running confidently in fifth place when he experienced an unfortunate tire puncture that caused the bolts on the left-front wheel to shear and the wheel assembly eventually to fail, forcing an early retirement from the event.

“The warm-up lap before the green was quick paced which spread the field out a little bit but I got a good start and advanced a couple positions up to fifth when we had the puncture on the front,” exclaimed Burtin. “Got to give it up to Ernie for winning it here. Right now his team is setting the pace with the Mustang but we will go back and work on a solution to improve our performance.”

Television Coverage from Indy will on the CBS Sports Network on Saturday, July 8 at 12pm ET.

Tune-in this weekend for the 3-Dimensional Services Motor City 100 on the CBS Sports Network scheduled for Saturday, June 24 at 12pm ET.

GoShare is the innovate truck sharing solution for all your local delivery needs. Check them out at goshare.com.