Heartache in Motown for Burtin Racing 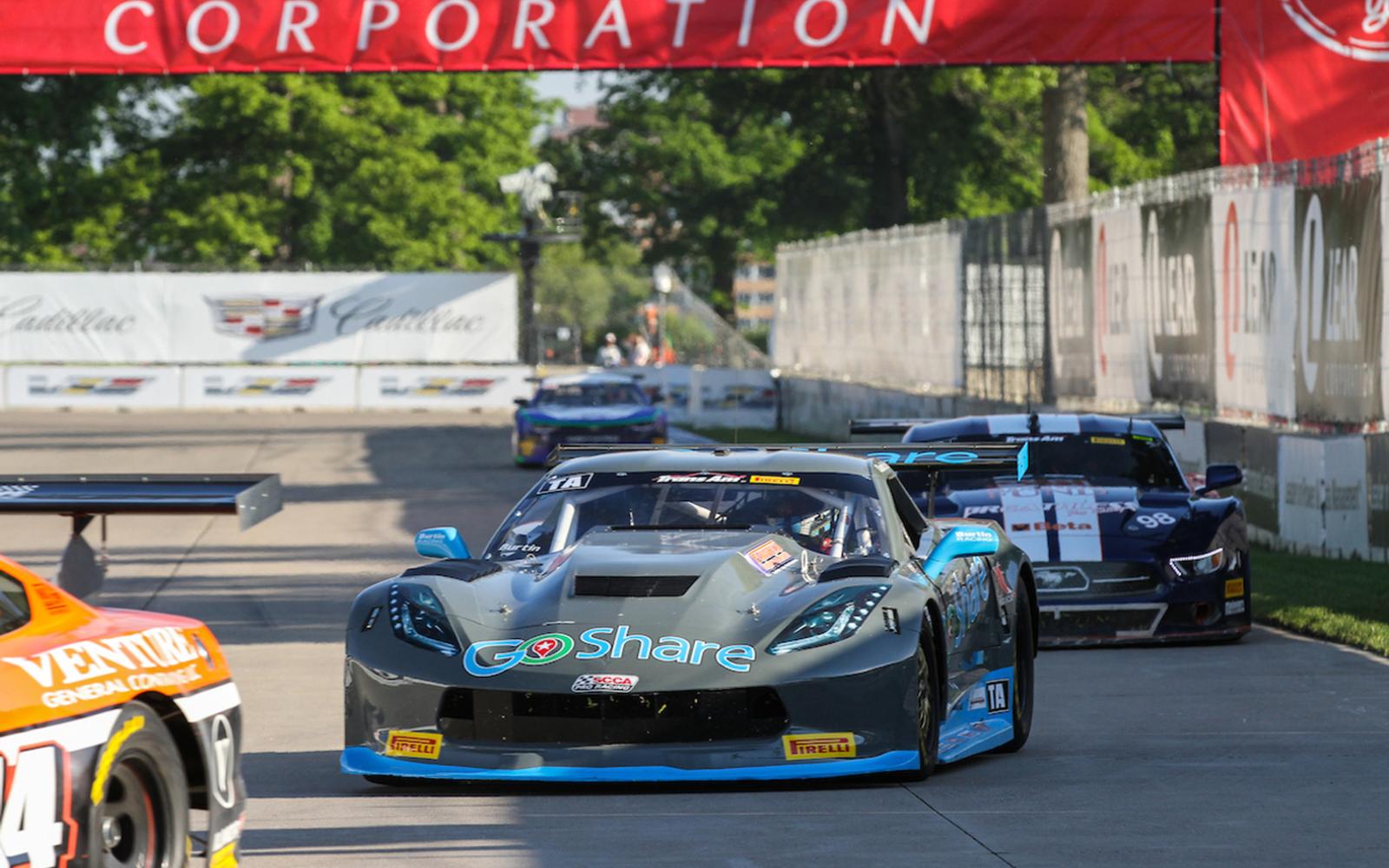 Detroit, MI – June 5, 2017 – The Trans Am presented by Pirelli Championship Series proved to be a tough round of competition this weekend on the Detroit street course for Burtin Racing. The 3-Dimensional Services Trans Am Motor City 100 Race on Saturday morning ended in disappointment when engine failure forced the No. 7 GoShare Chevrolet Corvette into retirement.

On the back of some top-tier finishes in recent events in 2017, hopes were high for the GoShare team for a standout event in the American muscle car capital. This year the series was back for the second appearance at the popular and fan festive racing circuit with the Verizon IndyCar Series and IMSA – surrounded by the Detroit River.

“First of all, I want to say the Detroit Grand Prix is a great venue on Belle Isle,” exclaimed Claudio Burtin, team owner and driver. “A very challenging track with no tolerance for error. I was missing both my data engineer and my chassis engineer who each had conflicting dates and weren’t able to join us here. Computer systems and cameras have given modern race cars the technology that engineers can analyze data and see real time driver input to make the appropriate adjustments. We are looking ahead to Indy and that should be a great event.”

All the action from the 3-Dimensional Motor City 100 airs on the CBS Sports Network on June 24 at 12pm ET.

The 2017 Trans Am Series presented by Pirelli continues on next to the historical world famous venue of Indianapolis Motor Speedway for Round 5 on June 18.

For more information on Burtin Racing visit burtinracing.com and check out our partner GoShare at goshare.com.