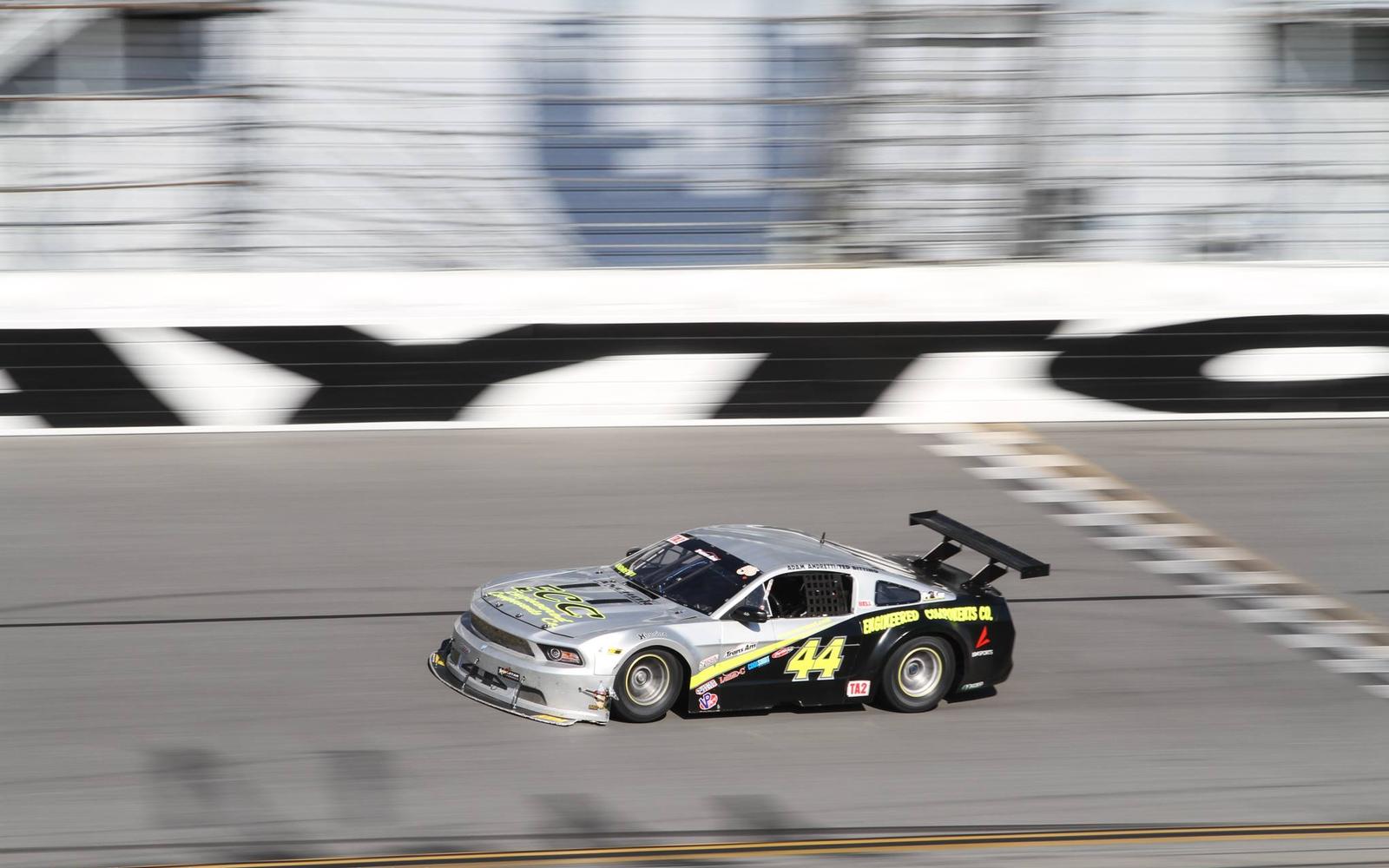 Daytona, FL – Daytona International Raceway was the setting of today’s early morning 2016 Trans Am TA2 finale race for the Archer Brothers and ECC Motorsports teams. Archer started one position above his qualifying position in 5th spot, due to a post-qualifying tech issue sending the 3rd place qualifier to the back of the pack. Andretti started in the 23rd position and wasted no time working his way to the front of the pack to battle with the leaders. After completing 29 laps and the wave of the checkered flag, Andretti took home a podium finish in 2nd place and Archer finished in 6th position.

At the drop of the green flag, Archer and Andretti were both aggressive yet patient as they watched the top 5 battle up front, jostling for positions through the 16-turn, 3.56 mile track.  With 5 laps completed, Archer driving the #54 Engineered Components Company/Koolmat Chevrolet Camaro, remained solid in the 6th position with Andretti already passing 15 cars for the 8th position. Halfway through the race the top 7 broke away from the larger group led by Shane Lewis, Dillon Machavern and Tony Buffomante with Archer on the bumper of fellow driver Justin Haley. Andretti continued to work his way up through traffic and take 2nd place from Machavern with 7 laps to go. Now with 5 laps remaining, 2015 Trans Am Champion Gar Robinson was forced to end his day early due to a mechanical issue and allowed Archer to pick up another spot to 6th. The final few laps would have everyone follow suit, end the race and conclude the 2016 season on a positive note.

“The race started off good and the car was working really well. If I had to rate how the car handled – it would be about an 8 ½ out of 10,” says Archer. “The track got slippery and our car is not as fast in the straight line vs. some of the other cars. Overall, our goal was to be in the top 6 and we met our goal. I am hoping we can pull together something for next year as we would love to be back next year and battle with this great group of drivers.” The final Trans Am TA race begins at 1:20pm EST today with ECC Motorsports team driver AJ Henriksen starting in the 10th position.