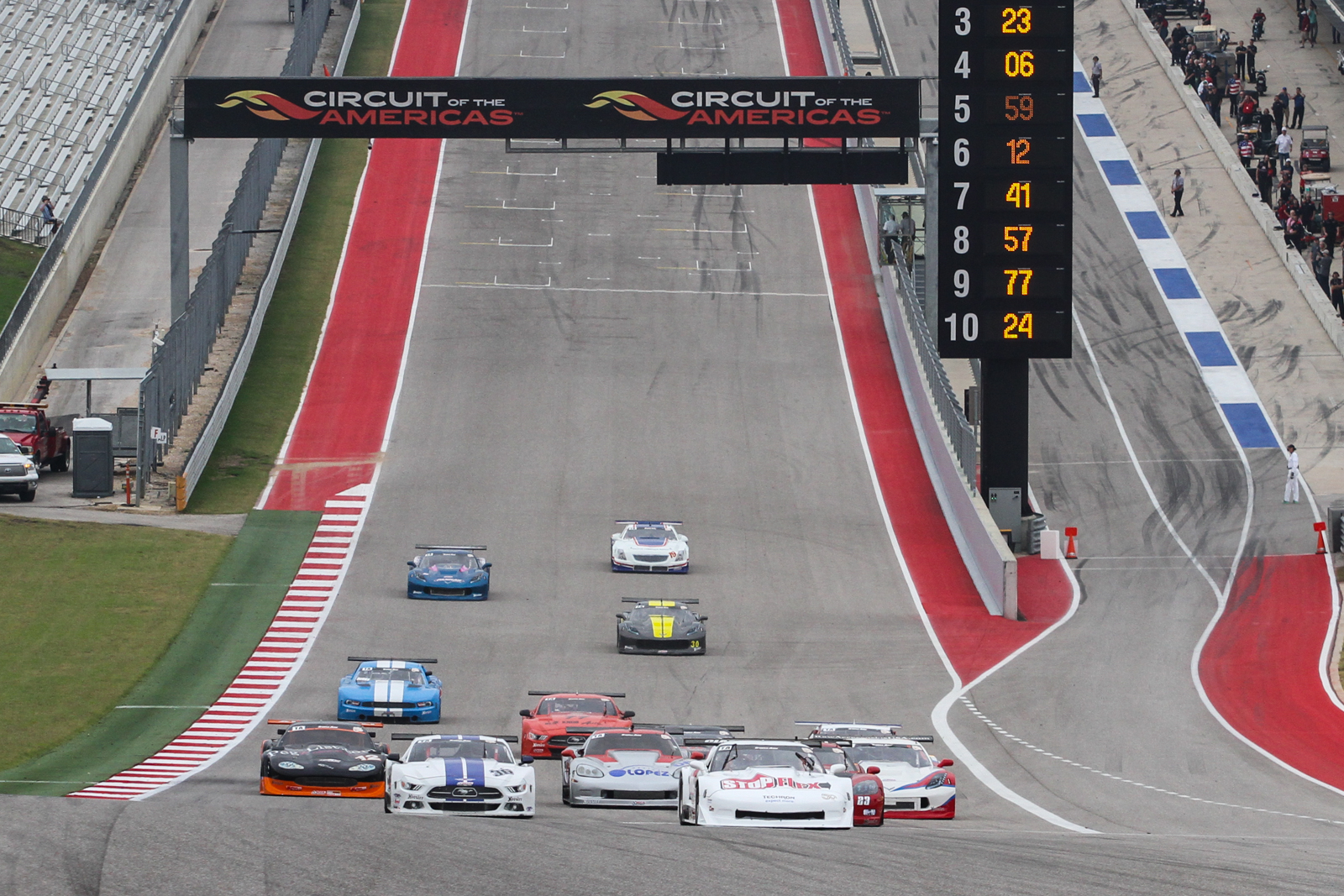 AUSTIN, Texas.  [November 5, 2016] – Paul Fix began the day on pole at Circuit of The Americas (COTA) and finished the day on the top of the TA class podium, securing his second consecutive win and fifth victory of the year—all while capturing the Trans Am championship points lead with one race remaining.   In Trans Am’s production classes, Tim Kezman capitalized on the late mechanical misfortune of Ernie Francis, Jr., to secure his second series win of the year; while Todd Napieralski captured his first win of the year and fourth podium appearance.

While there was close competition throughout the TA class field, Paul Fix and the No. 50 StopFlex/ TheCarCoach.com/ Chevron Techron Chevrolet Corvette played little part in it—overcoming a strong first lap challenge from defending champion Amy Ruman then setting sail.  The following 29 laps were clinical from Fix, constantly building a lead through the 102.81-mile race, managing the multi-class field traffic, and turning the fast lap of the race, a 2:10.816.  Fix would take the checkered flag with a 19 second lead and an eight-point lead in the championship points with 273 points to Ruman’s 265.

“We’ve closed the gap over the last four races, and now we have the lead,” said Fix. “We’re just going to keep this momentum going. I sat on the pole last year at Daytona, and hopefully it will be a repeat when we get there in a couple of days.  This momentum is everything, and we’re working hard to keep it all the way to the end.  The team at Tony Ave Motorsports work tirelessly on our No. 50 and they know what’s at stake— they always give me a great car, and they work their tails off.   And that’s all you can ask for. I’ve got a great ride; now I just have to put my head down and give them a win.”

Amy Ruman would finish third, recovering from a late race mishap to retain a podium finish and keeping the No. 23 well within reach of Fix, setting up a final showdown between the two drivers at Daytona International Speedway with only eight points separating them heading into the finale.   Simon Gregg, in the No. 59 Derhaag Motorsports Chevrolet Corvette, would finish fourth; while David Pintaric, in the No. 57 Kryderacing Cadillac CTS-V, finished fifth.

Cliff Ebben, who had been in the midst of the Championship battle and started in second position, was dealt a heavy blow to his title aspirations as the No. 36 visibly slowed early on and eventually crept to a halt with only 13 laps completed, finishing 12th. 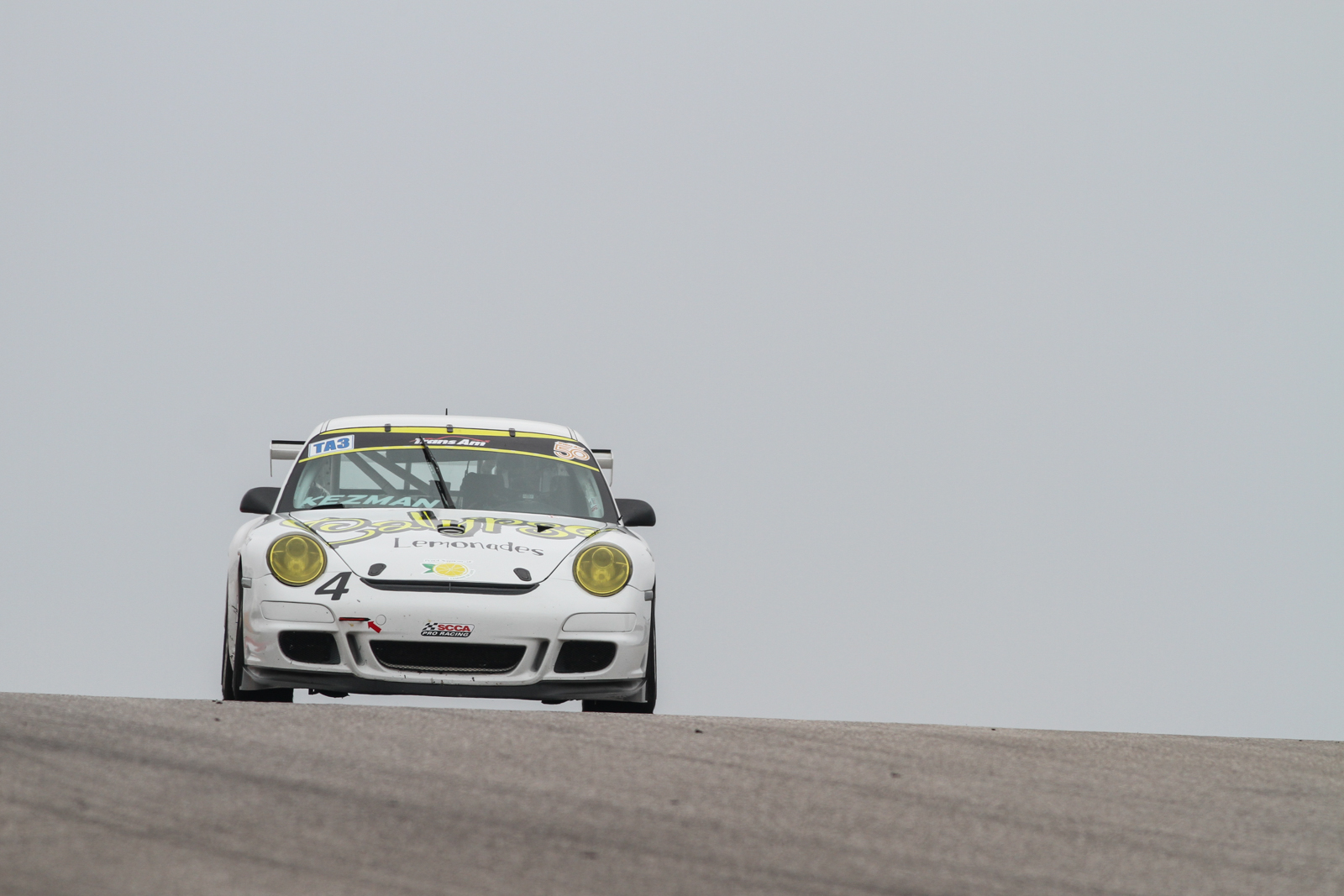 In TA3, Tim Kezman, in the No. 4 Fall- Line/Calypso/Beverage Flavor Porsche 997, was able to capitalize on the near last-lap mechanical difficulties of Ernie Francis, Jr., who had led every lap up to that point from behind the wheel of the No. 98 Beta Tools/Liquid Performance Chevrolet Corvette.  Kezman began the race in third and was able to manage traffic and multiple challenges from fellow TA3 competitors to hold second position, inheriting first from Francis with three laps remaining.

“We had a good weekend,” said Kezman.  “We weren’t the fastest car for sure; Ernie Francis had the field covered, but we were there at the end.  It was a good race; this is a great place and we look forward to coming back.  We love having the competition now with the TA3 class; it’s better to come and race with these guys.  I need to thank Fall-Line Motorsports, Calypso Lemonade, Tom Burke, Nathan McBride, Mark Boden—just all the guys at the shop, they put in so much work and are just the best when it comes to Porsche.”

Kezman was joined on the podium by Michael Camus, in the No. 08 BizBloom.com/MCM Holdings BMW M3, who secured his third consecutive podium finish with a second place today at COTA.  The finish moves Camus up to fourth in the TA3 championship points.   Jason Berkeley, in the No. 67 BMG Management Chevrolet Corvette, finished third after starting the race seventh in class.  The result marked a strong return for the New York native, making his first Trans Am appearance since round four earlier this year.

Connor Flynn, in the No. 95 Irish Mike’s Automotive Porsche 997, would finish fourth; while Mark Boden, in the No. 47 Fall- Line/Calypso/Beverage Flavor BMW M3, would secure fifth to complete the TA4 top five. 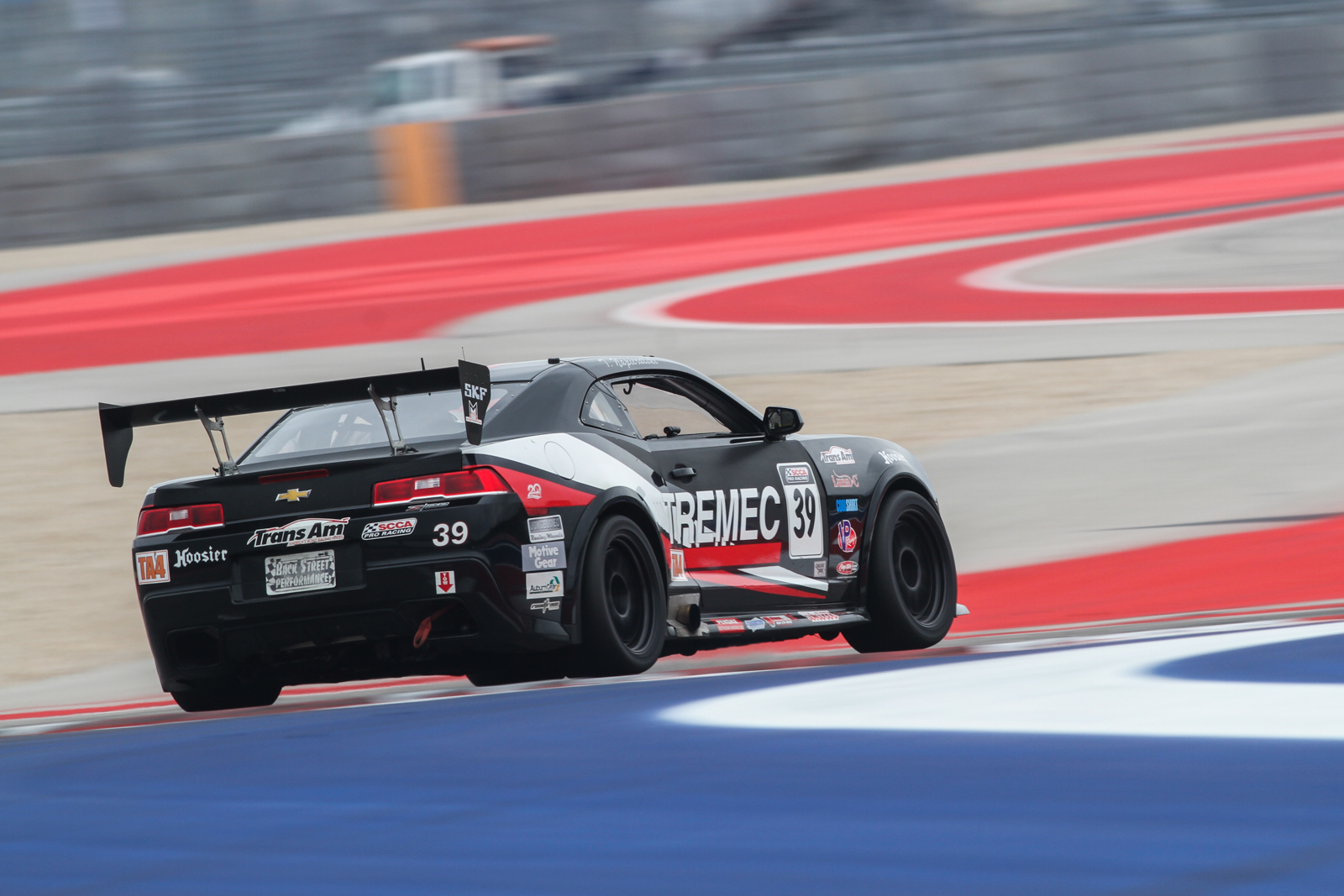 In TA4, Todd Napieralski, in the No. 39 Tremec/ SKF/ BackstreetPerformance/ Chevrolet Camaro, secured his first win of the 2016 Trans Am Championship, overcoming early mechanical difficulties to overtake and outlast Dave Ricci, who finished second in the No. 71 Southeast Guardrail Chevrolet Camaro, for the class victory.

“The start was pretty crazy for us,” said Napieralski.  “I had a little bobble and fell back to begin the race and actually had to figure out how to drive the car.  I ended up having to short shift it, and it slowly cleaned itself up after two or so laps.  I was able to pick up the pace, get by David (Ricci) and chase down the TA3 cars.  It was fun. I know we’re kind of running by ourselves, but it’s kind of poetic justice.  Last year we had the lead late in the race and we lost the motor, so to come back and get the win at a great track like COTA is awesome.”

The Trans Am Series will hold an additional race yet today with the TA2 class taking to the track for an independent 102.81-mile race of their own, before heading east to Daytona International Speedway for the 2016 Trans Am Championship Finale, bringing Trans Am’s 50th Anniversary season to its conclusion on Saturday, November 12.