Hollywood couldn’t have written a more exciting ending to the Trans Am Series presented by Pirelli’s TA2 season finale at Circuit of The Americas, where Thomas Merrill overcame nearly impossible odds to win the 2022 TA2 championship. However, his perfect day meant heartbreak for Rafa Matos, who appeared to have the championship wrapped up before the green flag waved. Matos suffered insurmountable adversity, which ended his day early and cost him his third TA2 title by virtue of a point standings tiebreaker. But how did we get to the point where the championship came down to the final lap in the final race?

Merrill’s season was one of feast or famine, as he either finished on the podium or outside of the top 20 in every race. 2022 started off strong, with a third-place finish in the season opener at Sebring International Raceway while driving the No. 2 in honor of his teammate Al Prieto, who passed away during the off-season.

“Being on the podium on a day like today, running in honor of Al Prieto, feels amazing,” expressed Merrill after he emerged from his teammate’s car. “It’s all about his name above the door.”

Merrill returned to his No. 26 BridgeHaul/HP Tuners/Cope Race Cars Mustang for the following race at Charlotte Motor Speedway, where a brake issue relegated him to a 20th-place finish. He rebounded with a runner-up effort at Road Atlanta, but issues once again plagued Merrill at his home track of WeatherTech Raceway Laguna Seca, where he finished 23rd. He bounced back yet again at the second race in the California swing, finishing second at Sonoma.

Merrill finally broke through with a victory in the rain at Lime Rock Park in May, using tire strategy to skillfully balance changing weather conditions.

“This win is a long time coming, and full credit goes to my team,” said Merrill in a wet Victory Lane. “I knew we had a good racecar, we were flying all weekend, and my team guided me through the whole race. They were looking at the forecast, they understood what was coming and made the call to stay on our rain tires and conserve them.”

He backed up his success with another win in the following event at Mid-Ohio Sports Car Course. A third-place effort at Road America put Merrill at the top of the point standings for the first time in 2022, tied with Matos, and the rest of the season was a head-to-head points battle between the two.

Merrill lost his points lead in the Big Machine Music City Grand Prix when crash damage resulted in a 25th-place finish, but he remained in the hunt with a runner-up finish at Watkins Glen.

As the series entered the penultimate race at VIRginia International Raceway, Merrill was only at a 12-point disadvantage, a gap which could easily be closed with a solid race. Merrill was running second when two cars in front of him collided and one of those cars turned sharply, nosing directly into the side of him, causing major damage to the left side of the championship contender’s Mustang. Merrill ultimately finished 21st, and he was bumped down to third in points before the season finale.

Coming into the Mission Foods Austin SpeedTour at COTA with a 32-point deficit behind Matos and only 35 points available in a single race, Merrill needed every possible point to have a chance at the TA2 title. Earning the pole in the weekend’s qualifying session, he garnered three valuable points, but Matos also claimed two points with a second-place qualifying effort. At the wave of the green flag, the two experienced competitors took to the track side by side, but Merrill pulled ahead to take the lead as the cars behind him went five and six wide. Matos immediately suffered contact to his left-rear fender, but continued with the damage. On lap nine, Matos suffered a brake failure and drove hard into the wall, causing catastrophic damage to his racecar. His team miraculously got the car back on course within two laps, but the two-time champion was unable to get his car back to full throttle. With only 12 laps completed, Matos pulled into the paddock, retiring in the 49th position.

The work was not done for Merrill, who could only mathematically earn the TA2 title with a win. On the final lap, Connor Zilisch, who had run in second for much of the race, was actually able to pass Merrill, which would have destroyed Merrill’s championship hopes. However, Zilisch drove wide into the next turn, and the two drag raced through the course. Merrill barely got back past Zilisch, and as the two ran nose to tail, Zilisch had the opportunity to bump his competitor for the win. However, Zilisch raced fiercely but cleanly, and Merrill crossed the finish line with the victory. His season finale win was only enough to tie Merrill with Matos in the points, but the tiebreaker for the title was based on wins. The COTA victory meant Merrill had tallied three wins to Matos’ two, and Merrill was declared the 2022 champion. 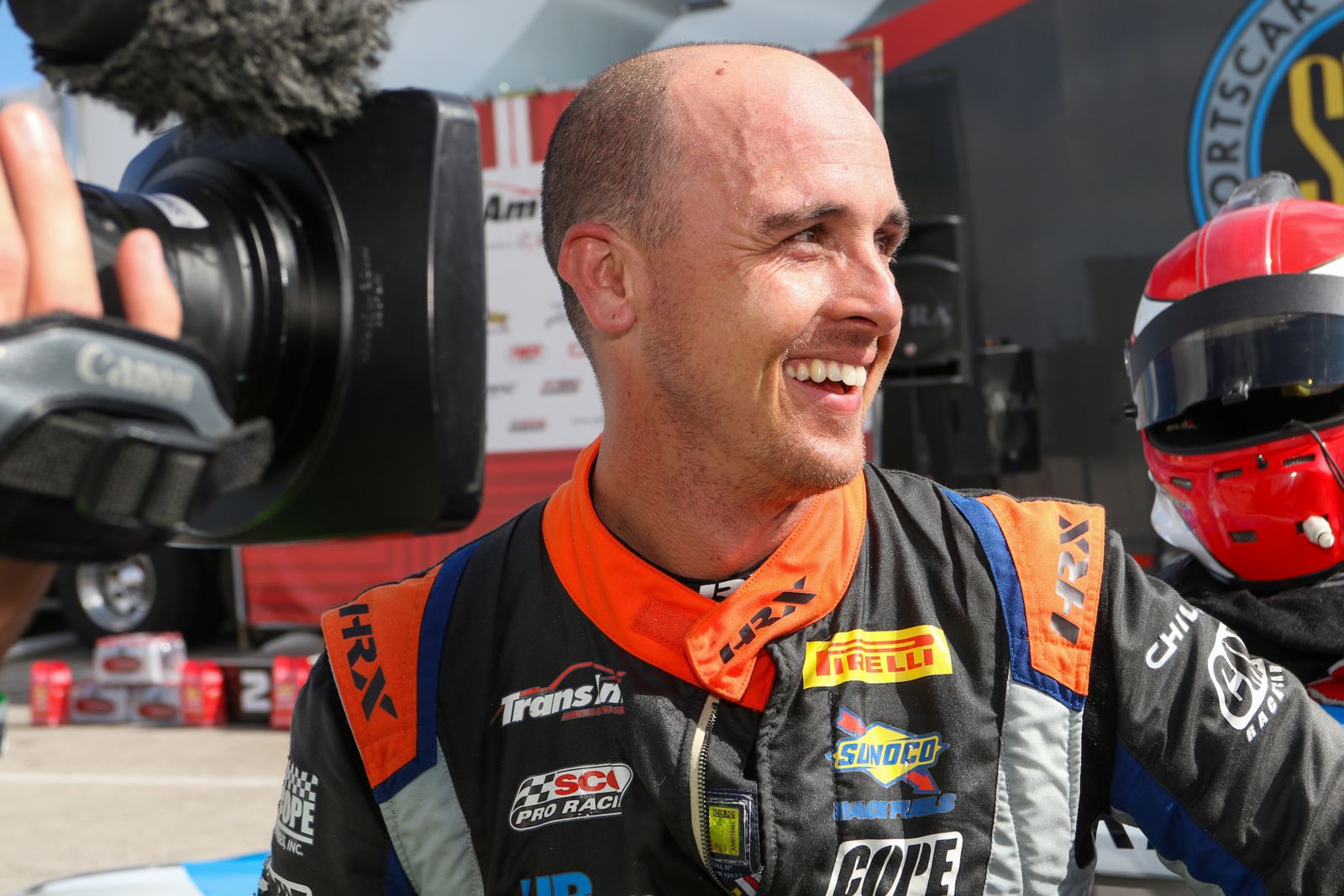 “I didn’t know until I pulled in that we had won the championship,” said an emotional Merrill. “I’ve wanted to win this thing for so long—it’s not sinking in yet. What we fought through this year to be here is unbelievable. I can’t say enough about my crew. I’m so lucky to be on this team and working with those folks. I need to thank everyone who’s had a hand in this year, this championship; it’s been amazing. Thank you BridgeHaul, thank you HP Tuners, thank you Mike Cope Racing. What a season. Full credit to Connor Zilisch. Man, what a driver. That was one of the hardest races of my life, and he's 16 years old. Getting to win this championship means racing against some of the best in the country, and you’re looking at it with these talented kids. I can’t wait for Sebring, I’ll tell you that much. TA2 racing is some of the most fun racing I’ve done. I’ve been fortunate enough to race all over the world, and this is some of the best racing you’ll see anywhere.”

Following the race, Merrill explained the rollercoaster of emotions he went through during the event.

“It was pretty low pressure for us going in, because the mathematics of the championship were such a long shot,” he said. “That it made it easier for us. We didn’t think we had that big of a shot, so we focused on the here and now, and just doing the best job we could. It really was a lot of fun until about halfway through the race when I saw Rafa, unfortunately, grind to a halt trackside. That’s when it became real that this championship is actually possible. That’s when the pressure went up. Winning didn’t feel real until the crew came over and gave me a big group hug in Victory Lane. We’d been working so hard and we had a lot of adversity this season. We had some mechanical failures early in the year, we had some issues with getting taken out of some races, and the crew and the people I have around me haven’t let off the gas pedal all season long.”

“Unfortunately, that’s how it ended,” Matos reflected on the event. “A brake failure ended our chances to win our third championship. Definitely a lot of frustration, but we will keep our head high and focus on 2023. I want to take the time and thank every single member of our 3-Dimensional Services Group Team and our leader Doug Peterson for allowing us to compete at the highest level. Also, I want to congratulate Thomas Merrill and Mike Cope Racing for the remarkable run. Well deserved. And last but not least, I would like to take the time and congratulate Trans Am. This series has become a destination for teams and drivers, and I’m very proud being part of it. On to 2023.”

Following his championship win, Thomas was able to confirm that he will be returning to race with Mike Cope Racing Enterprises in 2023.

“I’ll be back with Mike Cope next year, and I’m looking forward to defending that title,” he said. “We all felt like this 800-pound gorilla got off our back as soon as we knew what we had achieved. I feel like we’ve earned the championship over the last couple seasons, and just hadn’t been able to make it a reality for one reason or another. I’m still working on anything else I might be doing in motorsports in 2023, but I’m definitely committed to TA2 for next year.”

“Winning this championship feels amazing,” said team owner Mike Cope. “I won one of these in NASCAR by a point in the All Pro Series a long time ago. Thomas did it. He and all the guys in the shop, they’re the people who make it all happen. I just orchestrate the circus. Thomas is a damn wheel man, and we’re going to be doing this for a long time together.”

When TA2 competitors return to the track in 2023, they will know two things for certain: that Thomas Merrill will always be one of the drivers to beat for the championship, and that no matter how imposing the odds may seem, the season isn’t over until the checkered flag waves. 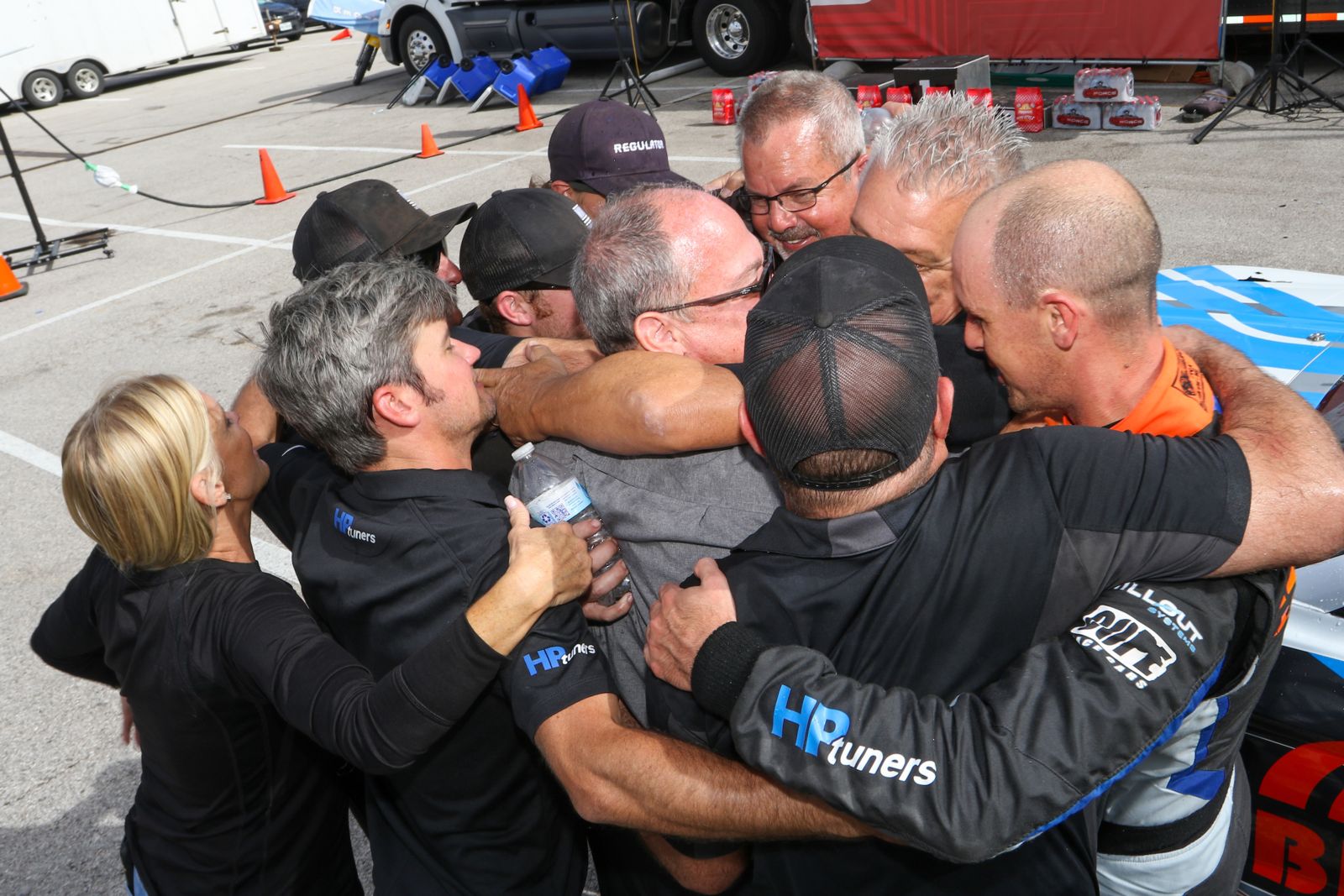