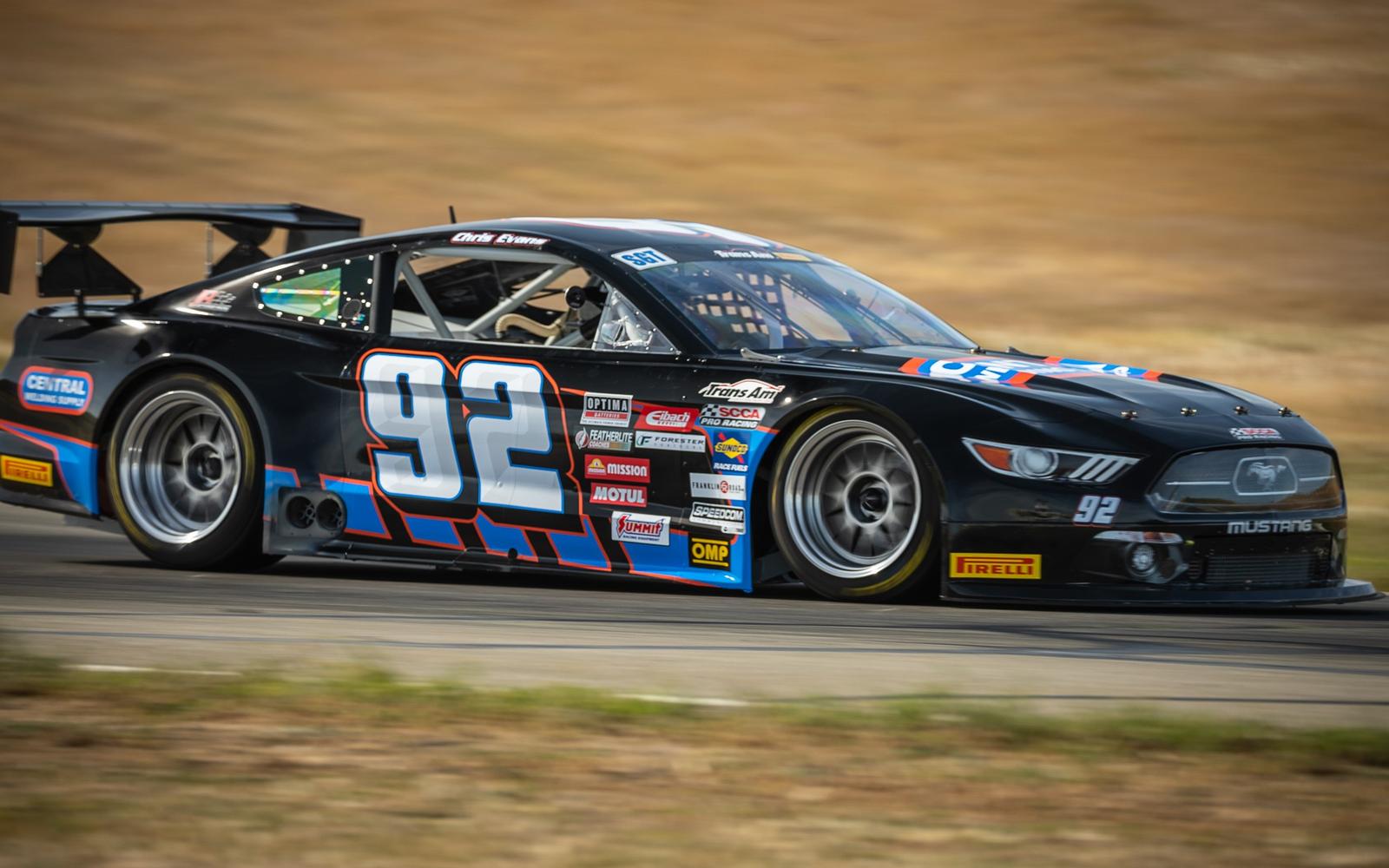 Chris Evans, driver of the No. 99 Chris Evans Ford Mustang, had a sensational year in the Trans Am Series presented by Pirelli’s Western Championship, earning four wins and five poles in two different production classes and ultimately winning the SGT Western championship. Evans, who builds racecars across many series and classes, came to Trans Am from GASS Racing for the first time in 2022.

Evans began the season with a pole and runner-up finish in the season opener at Thunderhill Raceway Park before earning his first victory of the season when the Trans Am Series National Championship came to California for back-to-back races. At WeatherTech Raceway Laguna Seca, Evans once again scored the pole, then went on to finish first in both the overall SGT class and the Western SGT class.

“[Driver Orientation Program leader] Ernie Becker told me that the track was going to change, from the grip level to burning off all the fuel, and he wasn’t kidding,” said Evans in Victory Lane. “It really changed. I don’t know how we did it, but about two-thirds of the way through the race, my crew chief told me that we were running the fastest laps we’d run all day. It sure didn’t feel like it; I thought I was all over the place and slow, but it goes to show you, smooth in, smooth out, the time shrinks.”

Evans backed it up the following week at Sonoma Raceway, once again earning the overall SGT and Western Championship win.

“We didn’t qualify as well as we wanted, but I followed Cindi [Lux] and Michael [LaPaglia] around, learned their lines and found out where I was slow,” said Evans, who was also awarded the ChillOut Keep Cool Move of the Race. “They really coached me. We had to go to work, and we wound up having a great race.”

Evans drove to a fourth-place finish at Ridge Motorsports Park, but found his way back to Victory Lane in a standalone Western Championship race at Portland International Raceway. In a unique and exciting event with three different classes represented in the top-three finishing positions when the checkered flag waved, Evans dominated much of the event to take the overall race win.

“I have a lot of laps here, so I think that might have been the edge today,” said Evans from the top of the podium. “I want to thank Central Welding Supply, Jefferson Racing and my whole crew. This is our third victory of the season; we won at Laguna and Sonoma earlier this year.”

After Portland, a change to the rules package reclassified the cars of both Evans and his closest competitor, Howard Johnston, into the XGT class, but the Oregon native already had such a large points lead over the competitors behind Johnston that he clinched the SGT Western Championship title. In the final three events, Evans managed to score two more poles and one additional win at Utah Motorsports Campus in his new class before being crowned the SGT champion at Circuit of The Americas.

“I really want to thank [Trans Am Series owner] Mr. [Tony] Parella for his vision and courage to follow it in creating the Western Championship,” said Evans. “We want to keep building up this West Coast series. We put a lot of effort we put into these cars, and we worked really hard this year for our breakout, R&D season. I know our engineering is sound and working and I’m really happy about that.” 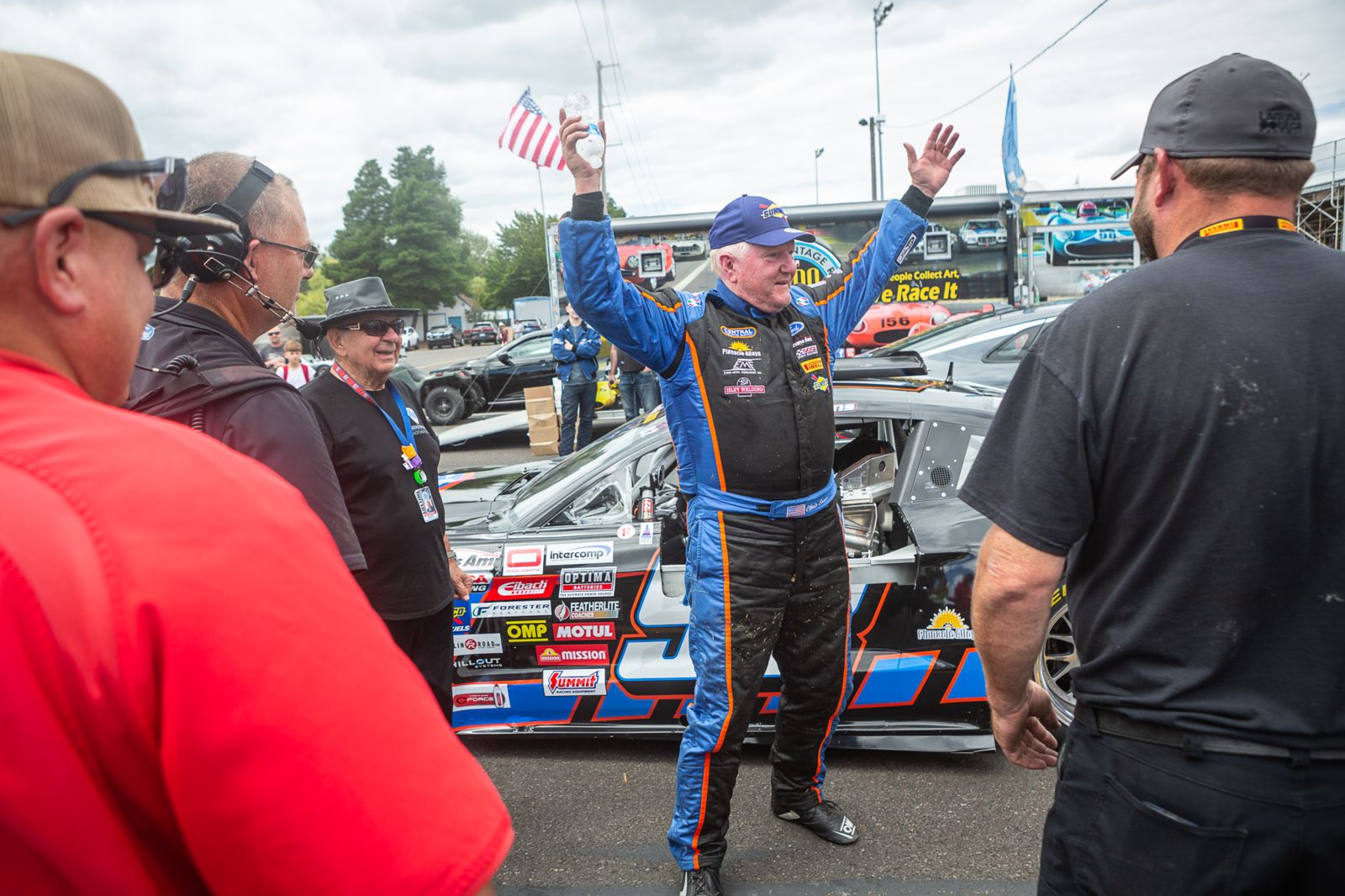