Fresh from winning his second-consecutive Trans Am Series presented by Pirelli West Coast Championship title – the third championship of his career – Simon Gregg is already looking forward to the 2021 season with a new team.

Gregg switched to a Mercedes AMG GT4 in 2020 for the West Coast Championship, winning both of his starts to capture the XGT title.

“I enjoyed running in the GTX class,” Gregg said. “The new Mercedes ran well. I didn’t want to be running the same car forever, and the Mercedes was a nice change of pace. XGT is a nice class to be in. I like that style of car, with the transmission, the electronics, and the way they look.”

For 2021, he’s moving to Burtin Racing, planning on again concentrating on the National series. Gregg and Burtin Racing had a very promising debut last weekend in an International GT Series race at Daytona International Speedway, with Gregg driving to victory in one of the races driving the No. 59 AMG Mercedes Benz GT3 he took to the TA West XGT championship.

“The team is working on building a new Camaro,” said Gregg, who will start the season driving the same car that Martin Ragginger drove to a first- and second-place finish for Burtin Racing in the season finale doubleheader at Michelin Raceway Road Atlanta. “The team will be making a few changes to that car for the start of the season.”

Gregg is also looking forward to having a teammate for the first time in several years.

“I’m looking forward to running with Tomy [Drissi],” Gregg said. “He will be a good teammate.”

Gregg is looking forward to starting 2021 at Sebring, and then will see how the campaign unfolds.

“We’ll start the season at Sebring and try and get as many points as possible,” he said. “I hope to do at least 10 races this year in Trans Am. I’m planning on also bringing the Mercedes to a few of my favorite tracks. On some weekends I will be using it on the test day for additional practice, or I might try driving it in the rain or on the hot, twisty tracks. I’m not going for the West Coast championship again, I will be going for the National TA championship.”

Simon made his Trans Am debut in 1997, driving a Chevrolet Camaro prepared by Lou Gigliotti to a 19th-place finish. The following year, he moved to Gigliotti’s Ford Mustang Cobra, with a best finish of 11th at Minneapolis.

Gregg scored a then career-best ninth place finish at Long Beach in the 1999 season opener, driving a Jim Derhaag Motorsports Camaro to open a 21-year relationship.

Gregg’s career took off in Trans Am’s revival season in 2009, when he finished third in the points. He moved up to second in 2011, and captured the title in 2012, capturing his first two victories among nine podium finishes. Gregg also finished second in the standings in 2013 and 2014. 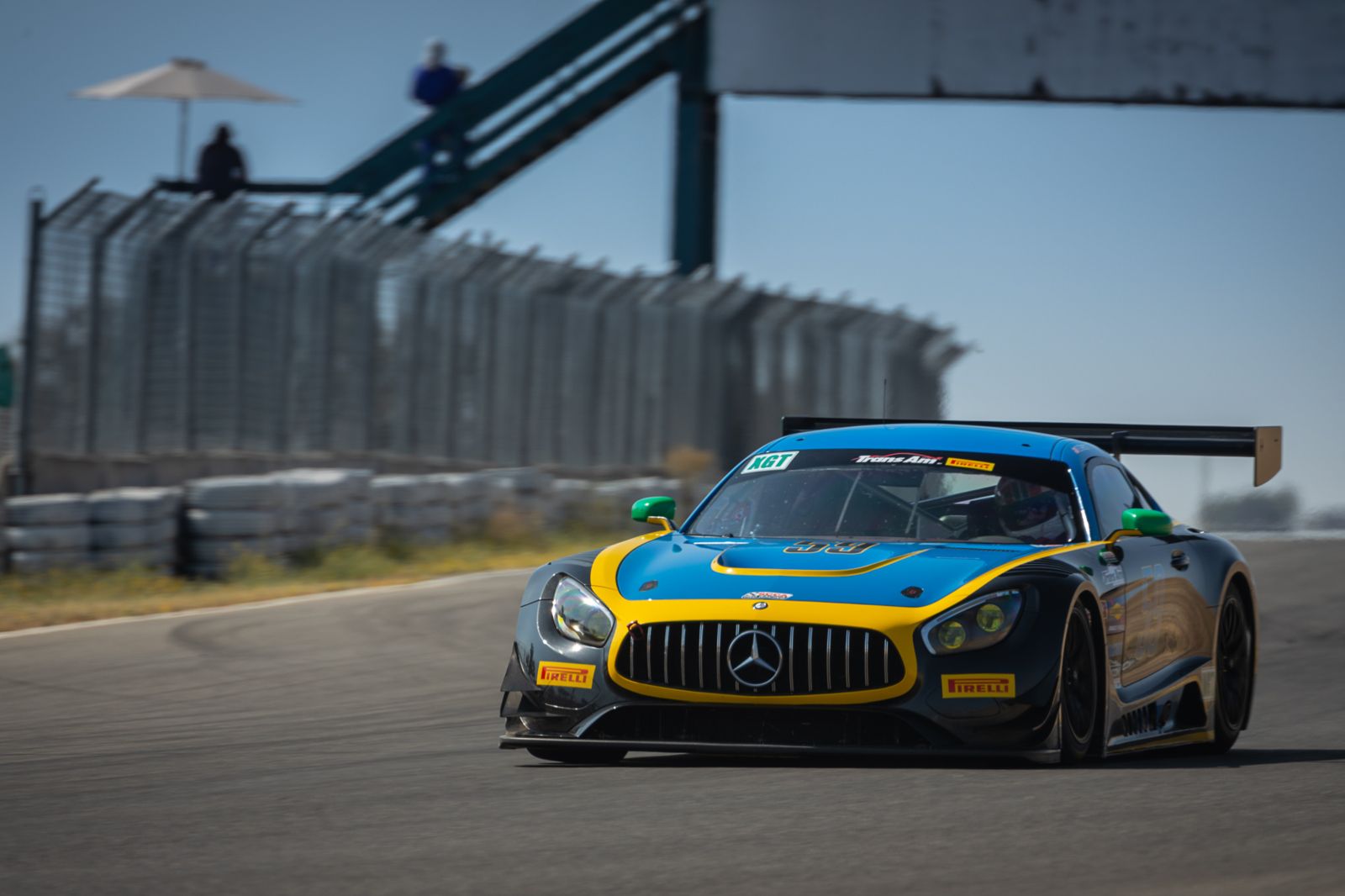 In addition to running the full TA schedule, Gregg ran five of the six West Coast rounds in 2019. After taking second at Thunderhill, he won at Fontana, Laguna Seca and Sonoma, and then took third at Portland – all at the wheel of a Derhaag Corvette. He went to a new Mercedes for 2020, winning from the pole at both Thunderhill and the first weekend at Sonoma to build up a solid lead in the standings. Gregg broke the track record at both races, out-timing even the TA class competitors.

On the TA National side, Gregg switched from a Corvette to a Camaro for 2020. He finished fifth in the championship, edged out by Amy Ruman for fourth by a single point. His best finish was third at Brainerd.

Gregg will be making an exciting announcement in the upcoming days about encouraging the next generation of Motorsports professionals.

The 2021 Trans Am by Pirelli season is slated to open once again at Sebring International Raceway February 19-21.