Greg Pickett began the year with a milestone, winning a Trans Am Series presented by Pirelli race in the sixth-consecutive decade.

The 73-year-old driver from Santa Monica, California, later ended the campaign with another achievement, capturing his third Trans Am championship – 42 years after winning the 1978 TA II crown.

“Winning in the sixth decade was wonderful,” Pickett said. “Four or five years ago, [Trans Am President] John Clagett called me and asked me if there was a way I could participate in the new Trans Am West Series and help the series regain its luster with West Coast racers. Now, winning in those six decades is very memorable, and very meaningful to me. Certainly, it’s something I had never dreamed of. Motorsports has been a very important part of my life.”

Pickett had a perfect season in the Trans Am West Coast Championship, winning all five races from the pole in his No. 6 Ford Mustang. This was his second title in the division, winning the 2017 championship. For his career, 10 of his 26 victories have been in TA West, winning in every season since the division debuted in 2017.

For what proved to be the TA West season finale (a scheduled race at WeatherTech Raceway Laguna Seca was cancelled due to the pandemic), Pickett entered both the National and West TA races in the combined event at Circuit of The Americas. While handily winning the West event, he also placed third overall behind Boris Said and Ernie Francis Jr., his 70th career podium.

“I entered both of those races, and I was delighted to finish undefeated on the West Coast,” he said. “We led four of those five flag-to-flag. I have to tell you that the guys put me in great equipment, and that’s a huge part of my success.”

Pickett began racing Trans Am in 1975, when he finished fifth in an event at Road America. (Watch Greg Pickett in this vintage full 1991 Motor City 100 race)

“I had the opportunity to go out there with my A Sedan Camaro – my ex-Jim Hall Camaro, by the way! – and got to race with some of the superstars in this sport,” Pickett recalled. “That really elevated my game, while showing me how much more I had to learn about going really quick and getting the car prepared properly to go hard the whole time. I’m happy to see it continue to grow and flourish. Of course, I was disappointed by the Covid shutdown, but everybody’s felt that.

“Trans Am has been a very special part of my life,” Pickett continued. “I’ve had a modicum of success; I’ve met some fabulous people; and I’ve made some lifetime friends.” 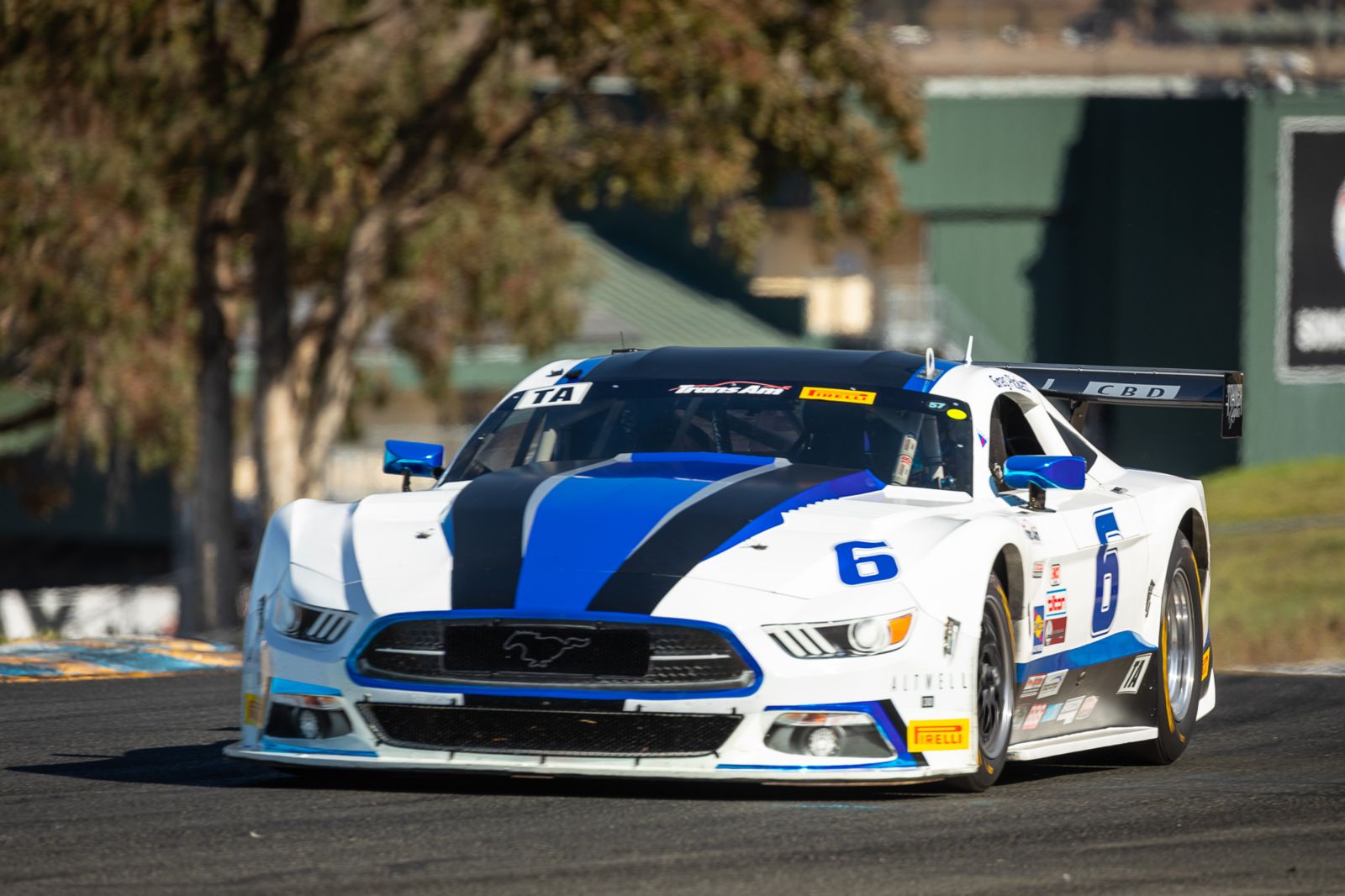 Asked for his favorite moment, Pickett’s best memories came off the race track.

“Running in Trans Am West, I’ve been able to enjoy it with my 12 grandchildren,” Pickett said. “Some of my younger grandchildren had heard about grandpa the race car driver, but had never actually seen grandpa the race car driver. Those were some very, very special moments I shared at Thunderhill and Sears Point with my entire family. One race I was fortunately enough to win was the greatest memory for me. My youngest, youngest grandson – who was three years old at the time – was up on the podium with us, squirting champagne at his sister and enjoying the celebration. As we were coming off the stage, he was tugging at my arm. He looked up at me and said, ‘Grandpa, I am just so proud of you.’ Thinking about that brings tears to my eyes.”

For 2021, Pickett is with everyone else, hoping that the vaccine goes well and the racing gets back to normal.

“How lucky can a guy get? Being able to really continue to love and enjoy what I’m doing, while being able to do it with people that I love doing it with.”