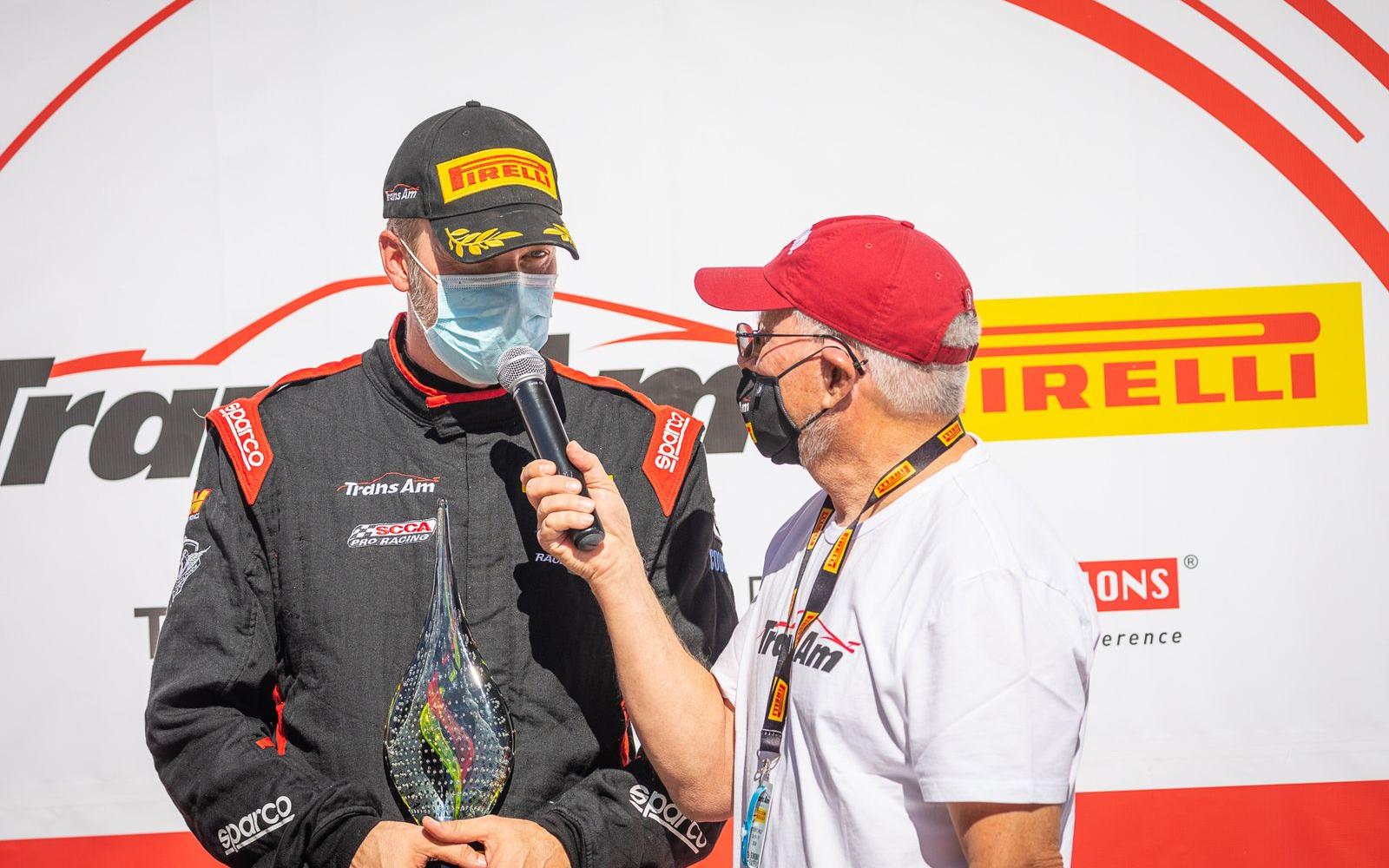 Carl Rydquist brings a wealth of experience and a unique car to the Trans Am Series presented by Pirelli West Coast Championship. Racing in his second Trans Am season, the resident of Pleasanton, California, is coming off his second-consecutive title in the SGT class of the West Coast Championship. He won all four races he started in 2020, driving the unique No. 4 MyRaceShop.com/Tel-Mac/Mendeola/Factory Five GTM.

A GTM is an American-built supercar. Kits start at $24,990, and include proprietary chassis and bodywork, to be used with the engine and running gear from a Corvette C5.

“It’s a full-on American car designed in Massachusetts, with a Detroit V8, a transaxle from San Diego-based Mendeola, and it was assembled by the Prototype Development Group in Stockton, California,” said Rydquist.

A native of Sweden, Rydquist competed for nearly two decades prior to his first taste of Trans Am, winning races in Europe before racking up a pair of U.S. Touring Car Championships and a NASA endurance racing title. An event in the former series last year introduced him to Trans Am.

“We were having an event at the same weekend as Trans Am at Sonoma,” Rydquist recalled. “One of my endurance teammates came over and asked us to check out Trans Am, they would really like us to run. We had a really busy schedule, and we didn’t have any Pirelli tires. Trans Am went through our car and we cleared tech. So we went to a local tire shop and 40 minutes later we had the right sized tires and were ready for racing.

“We started from the back of the field and then we went out and finished fourth overall [winning in SGT],” continued Rydquist. “That was awesome.”

He then took the car to the season finale at Circuit of The Americas, winning the race and capturing the championship. 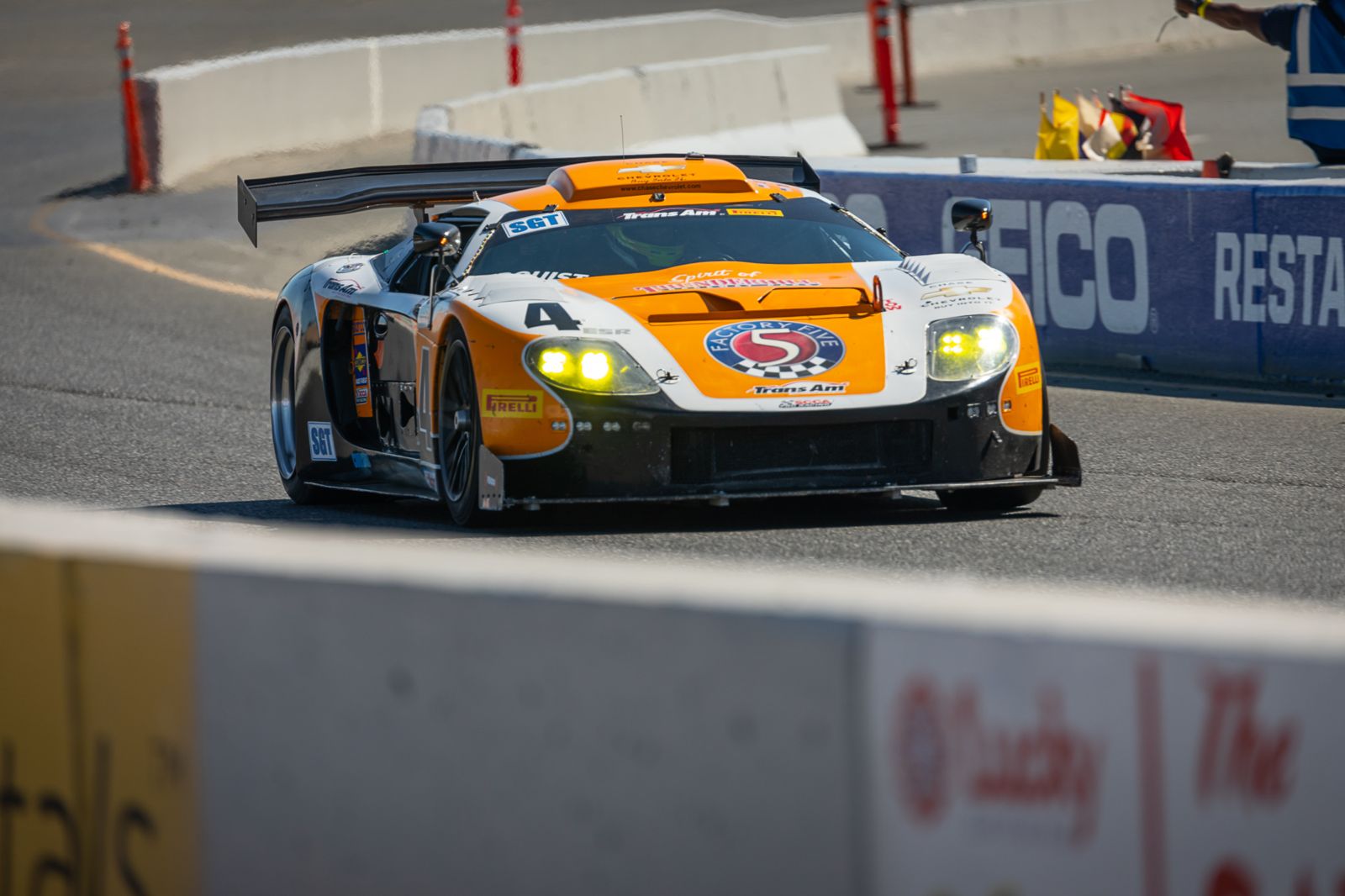 For 2020, Rydquist opened the year with four consecutive triumphs, winning three poles, capturing the opener at Thunderhill along with the three rounds at Sonoma.

“We were planning on run the finale at Laguna, also,” he said. “We were going to do the West Coast race on Saturday and then also do the National race on Sunday. Unfortunately, the shelter in place orders changed our plans. We felt we were ready, and I wanted to go out and race against all of the National cars.”

“That was really awesome, especially at a time when there was no real racing going on,” Rydquist said. “It was a wonderful experience, getting so many drivers together across all the classes. The competition was insanely good, and it was incredible to see the really high level of racing skill in Trans Am. It was also a call to action for racers out here in California. There are a lot of teams out here that I think would have a great time in Trans Am. Once I got everything sorted out, I had a pretty good run and a few podiums, but unfortunately, didn’t win one.”

Rydquist earned the respect of his peers at the penultimate round of the Esports season, when he found himself going head-to-head against championship leaders Tyler Kicera and Josh Hurley.

“Bridgehampton takes every driver skill there is, it is such a challenging track,” said Rydquist following a third-place finish at the defunct Long Island circuit that was resurrected for the Esports competition. “I wanted a win and was caught between Kicera and Hurley. When I ran a fraction too wide onto the main straight, I decided to let Tyler go rather than be ruthless. Today was good. I am still improving and pushing for great.”

For 2021, Rydquist is looking forward to starting on the West Coast Championship and work his way into National competition – with a few more endurance events thrown in as well.