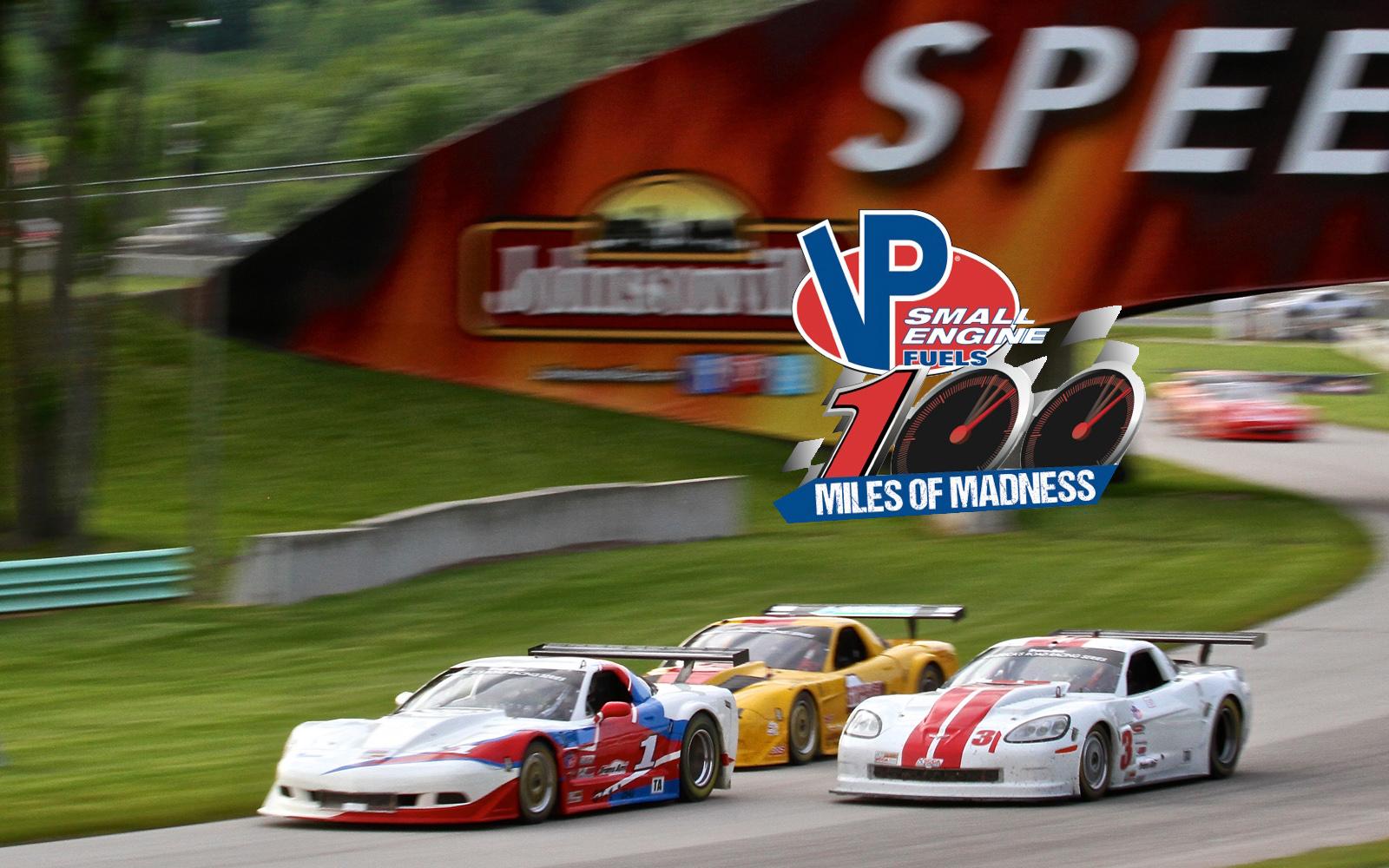 When the Trans Am Series returns to Road America on June 21 for Round Six of the 2014 Trans Am Championship, The VP Small Engine Fuels 100 Miles of Madness, it will do so with a 50 car field in tow, the largest to visit the Wisconsin track under the Trans Am banner since 1977.

Now as the Series joins the likes of NASCAR Nationwide and Pirelli World Challenge, it will do so with all three classes in full force—including a record high entry for the TA3 class.

“We’re very pleased with the turnout for Road America,” said John Clagett, President of the Trans Am Race Company. “This is one of those tracks that is synonymous with the name Trans Am and that resonates with fans of the Series everywhere. Every year that Trans Am has run a full season, we’ve had a race here, at Road America; it’s important for us to not only maintain that tradition, but continue to grow on it—which is what we’re doing now.”

Along with the crucial points in their respective championship chases, drivers will be competing for what only a select number of drivers in the Series’ history have accomplished—a Trans Am win at Road America and the chance to join the likes of Bob Tullius, Peter Gregg, Pete Halsmer, Scott Sharp and Boris Said.

Peterson currently holds the edge over Ruman by a mere two points, his 132 to Ruman’s 130, and will be facing Ruman as she comes off a victory at New Jersey Motorsports Park, her fourth in the Trans Am Series. However, Peterson is the defending victor at Road America, setting the fast lap for the race on his way to an impressive win and eventual championship, while Ruman faced an aggravating continuation of what had been a disappointing 2013 campaign.

The two will compete in a TA field of 17 cars, also headlined by 2012 TA Champion Simon Gregg, in the #59 Derhaag Motorsports Chevrolet Corvette, and John Baucom, in the No. 86 Baucom Motorsports/ RoadRaceParts.com Ford Mustang, who are both currently in the top five in the championship hunt, as well as Cliff Ebben, in the No. 36 Stumpf Ford/McMahon Group Ford Mustang, who has finished second, second and first in the last three Trans Am races at Road America.

In TA2, Cameron Lawrence, in the No. 1 CTEK/NorthStar Miller Racing Chevrolet Camaro, will continue his title defense; the 21-year-old and 2013 TA2 Champion, now, strangely enough, finds himself a veteran in the TA2 class full of rookie successes.

Lawrence, now in his fourth year of racing in Trans Am, has begun 2014 just like he finished 2013—in winning fashion. To date, Lawrence has claimed four of the five TA2 races this year, but he has not been without competition.

Key amongst those competitors has been rookie Adam Andretti, in the No. 44 Engineered Components Chevrolet Camaro, who is currently second to Lawrence in the points with four podium appearances, including a victory at Road Atlanta, and is coming off three consecutive pole placements. Together, Andretti and Lawrence have won every TA2 race, and pole, so far this year.

Their race for points will continue at Road America, but they will also be joined by the Mike Cope Racing rookie duo of Kevin Poitras and Ron Keith, in the #73 and #25 Mike Cope Racing Chevrolet Camaro and Ford Mustang, who will both look to continue what has been an amazing season so far for the rookie drivers, and team, that sees them sitting third and fifth in the points going into Road America.

Tom West, in the #56 Limerick Machine/Treelaine Consulting Chevrolet Camaro, is also having a strong season to date, currently sitting fourth in the standings with two podiums to his name; he and the other TA2 front runners will battle for position in the 21 car entry.

TA3 will feature both groups in full force, creating a Trans Am record entry for the production-based class, with 12 cars set to participate.   Featured in the group will be Russ Snow, in the No. 20 Carbotech Chevrolet Corvette, and Chuck Cassaro, in the #76 StackData/Aeromotive/ Metallica Ford Mustang, both of whom are leading their respective groups, the International Group and the American Muscle Group, in points.

Competing alongside them will be the likes of Rob Bodle, in the No. 16 Caribbean Food Delights/SPEC Clutch Ford Mustang, and Jason Berkeley, in the No. 67 BMG Management Chevrolet Corvette, both of whom have established themselves as strong competitors for championships. Berkeley is coming off his first Trans Am win at New Jersey Motorsports Park; and, while he has never raced with Trans Am at Road America, he has a wealth of experience on the Wisconsin based track.

Trans Am will first take to the track at Road America on Thursday, June 19, at 3:30 p.m. CDT, for practice. The Series will have one more practice session at 8:45 a.m. on Friday, followed by a split qualifying session at 4:30 p.m. later that day in preparation for the 101.2-mile race on Saturday at 5:15 p.m. for Round Six of the 2014 Trans Am Championship.

The race at Road America will be broadcast on time delay through a variety of networks, both regional and national, to over 80 million households. Air times and further details will be announced.

Fans can keep up with all the action over the course of the event at www.gotransam.com, on Facebook at www.facebook.com/gotransam and on Twitter at @Gotransam.