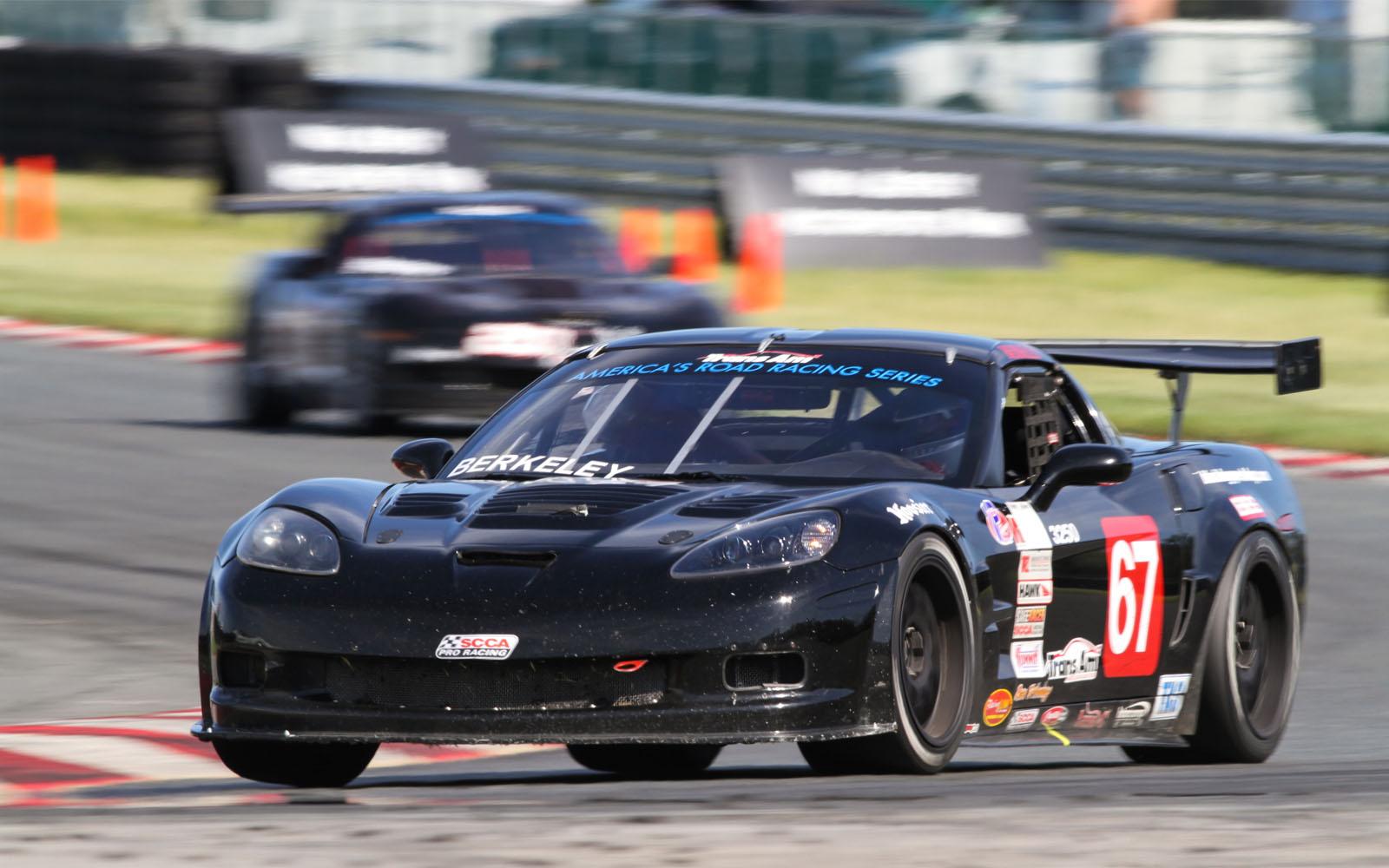 (Team Release) New York, NY- Berkeley Motorsports team principal and driver Jason Berkeley took his first Trans Am victory in this weekend's running of the RacingJunk.com 100 at New Jersey Motorsports Park. Starting from pole in the TA3 class, and leading for all but eight laps, Berkeley made a clean-sweep of the weekend, topping the time sheets in every session, and claiming pole position as well.

'The BMG Management / Berkeley Motorsports Corvette was fantastic all weekend,' according to Berkeley. 'The guys did a great job getting the car ready after Road Atlanta and we unloaded strong. We only made a few small set-up changes all weekend, and the car was flawless.'

'We knew that a number of the other cars were having fuel issues, whether mileage or pick-up, so we opted to push hard early and force them to burn fuel and try to keep pace.'

'When the green flag came-out for the second restart, Russ was right behind me,' said Berkeley, referring to fellow Corvette driver Russ Snow. 'My tires didn't feel as quick after the second restart and Russ stayed glued to me for a significant chunk of the race. Then I caught a bad break in traffic when a TA2 car came under me into turn one, killing my momentum.'

Snow was then able to get underneath Berkeley and they went through the next two corners side-by-side. 'I knew Russ had the better run at that point and had to cede the position to him. ‎We raced each other hard and clean throughout the last third of the race- it was a lot of fun!'

Berkeley kept pushing Snow hard, hoping the strategy of forcing him to burn more fuel would pay-off. 'With three laps to go, I wasn't too surprised when I saw Russ pull off, knowing he was having an issue. We used our Hoosier's performance early, pushing a fast pace, and the strategy paid-off.'

This is Berkeley's first win in the Trans Am series, and he and the team will be pushing to keep their momentum heading into the next round at Road America on June 21st, where Trans Am will be racing with the NASCAR Nationwide Series, and the Pirelli World Challenge Series in what promises to be an exciting weekend of racing.