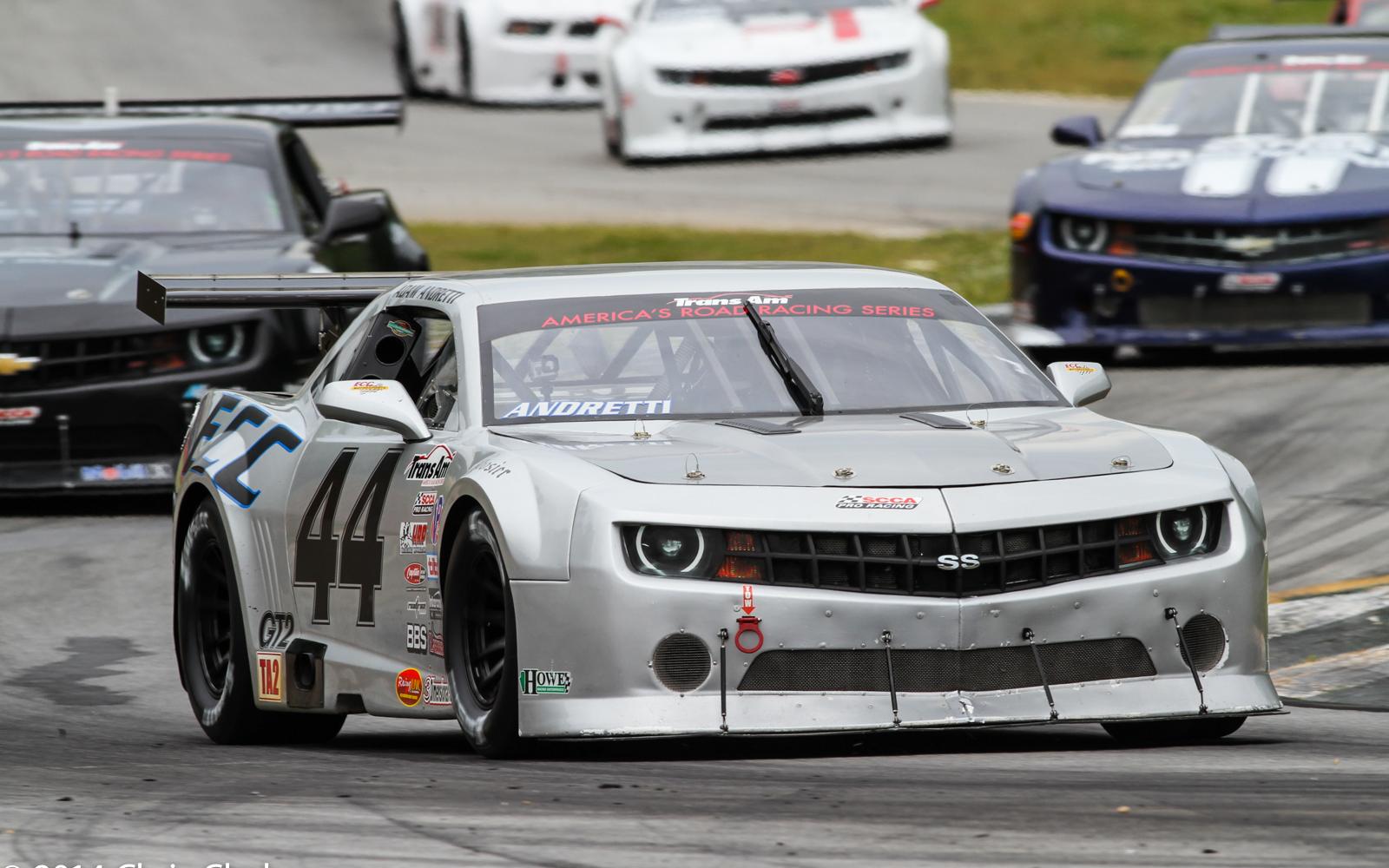 Doug Peterson and the #87 3Dimensional.com Chevrolet Corvette will have pole position in tomorrow’s 100-mile Trans Am Race, the 100 Miles of Luna-C at Road Atlanta; but it did not come easy for the defending Champion. Peterson grabbed the pole during his last hot lap of the session, overtaking Amy Ruman, in the #23 McNichols Company Chevrolet Corvette, for the coveted starting position.

Ruman led most of the session with a time of 1:20.745, her best lap coming early on her third lap out—a time that stood until Peterson logged a 1:20.500 right before the checkered flag came out.

John Baucom, in the #86 Baucom Motorsports/Roadracingparts.com Chevrolet Corvette was close behind with a 1:20.988, as were Simon Gregg and Cliff Ebben, who came in fourth and fifth in the session.

Andretti was followed by Bob Stretch in the #98 FixRim Mobile Wheel Repair Chevrolet Camaro. Stretch, a two-time TA2 Champion himself, logged a time of 1:26.972, while Lawrence will be in third position to start tomorrow’s TA2 race, his time of 1:27.299 still a full second faster than the fourth place of Tom Sheehan and fifth place of Tom West.

Todd Napieralski, who won the TA3 American Muscle Class here at Road Atlanta last year, will begin tomorrow’s race where he left off last year, in first position. He and the #39 Tremec/SKF/Backstreet Performance/ Chevrolet Performance Chevrolet Camaro led the group with a time of 1:32.829, beating out Rich Jones, in the #37 JOMAC Bodies and Cranes/ Deb’s Peppers Ford Mustang, and Trans Am newcomer Chris DeSalvo, in the #61 LCR Racing Ford Mustang.

Trans Am will now prepare for the 100-mile Trans Am races, the 100 Miles of Luna-C, with TA2 opening the day for Road Atlanta with the first of the two races at 9:30 a.m. EDT, then at 11:00 a.m. TA and TA3 will take to the course for the final Trans Am session of the weekend.
To keep up on all the action with the 100 Miles of Luna-C and all things Trans Am visit www.gotransam.com, Twitter at @gotransam and Facebook at www.facebook.com/gotransam.