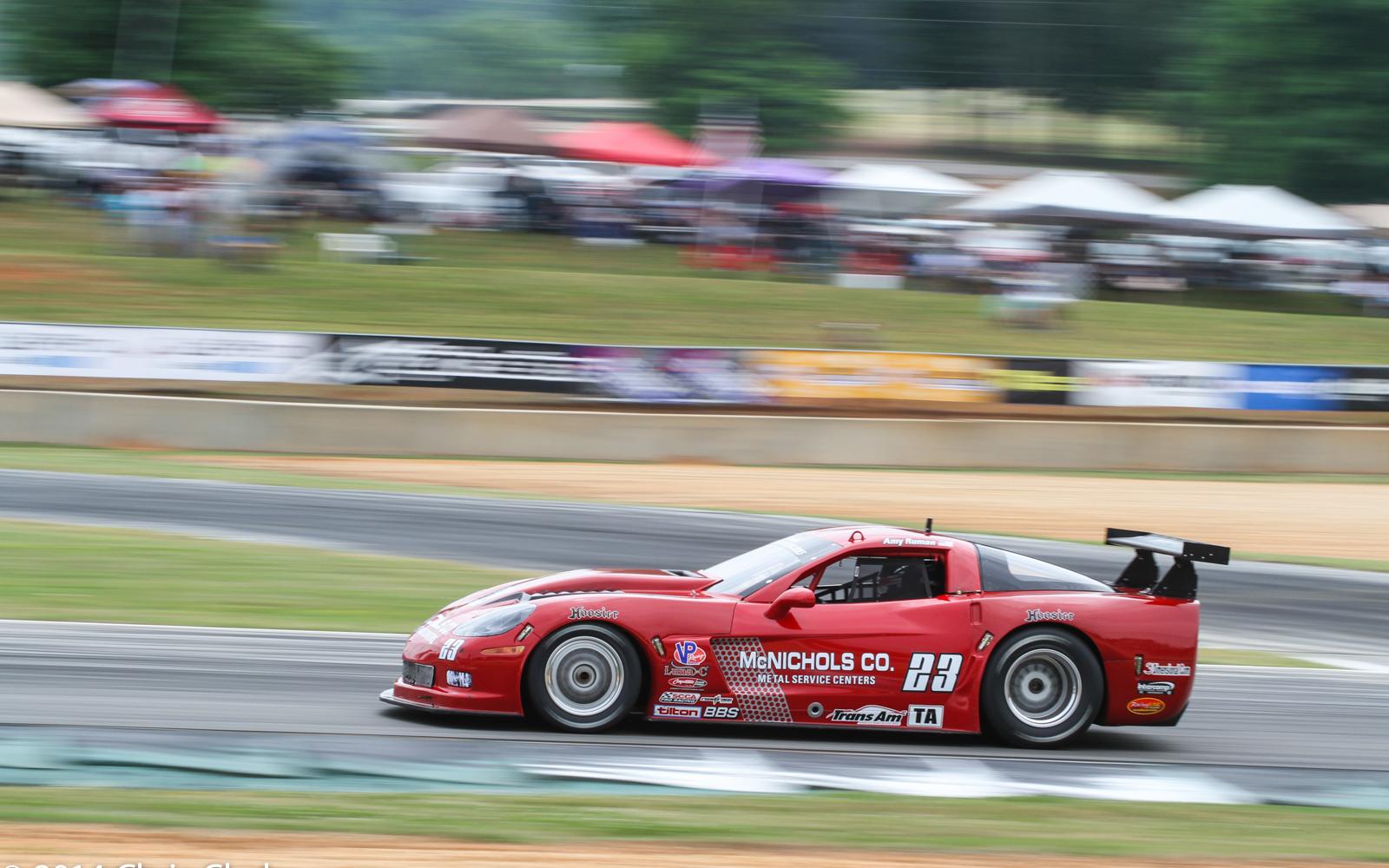 Amy Ruman, in the #23 McNichols Chevrolet Corvette, edged out defending Champion Doug Peterson for the fast lap in the second practice session of the day. Her 1:21.406, logged during her last hot lap on track, edged out the 1:21.982 of Peterson and the #87 3Dimensional.com Chevrolet Corvette. Ruman has a history of success here at Road Atlanta, including a win in 2011 when she became the first woman to every win a Trans Am race.

Following Ruman and Peterson was John Baucom, in the #86 Baucom Motorsports/Roadraceparts.com Ford Mustang, with a 1:22.364; Simon Gregg and Cliff Ebben once again rounded out the top five with times of 1:22.782 and 1:123.414, respectively.

To keep up on all the action with the 100 Miles of Luna-C and all things Trans Am visit www.gotransam.com, Twitter at @gotransam and Facebook at www.facebook.com/gotransam.